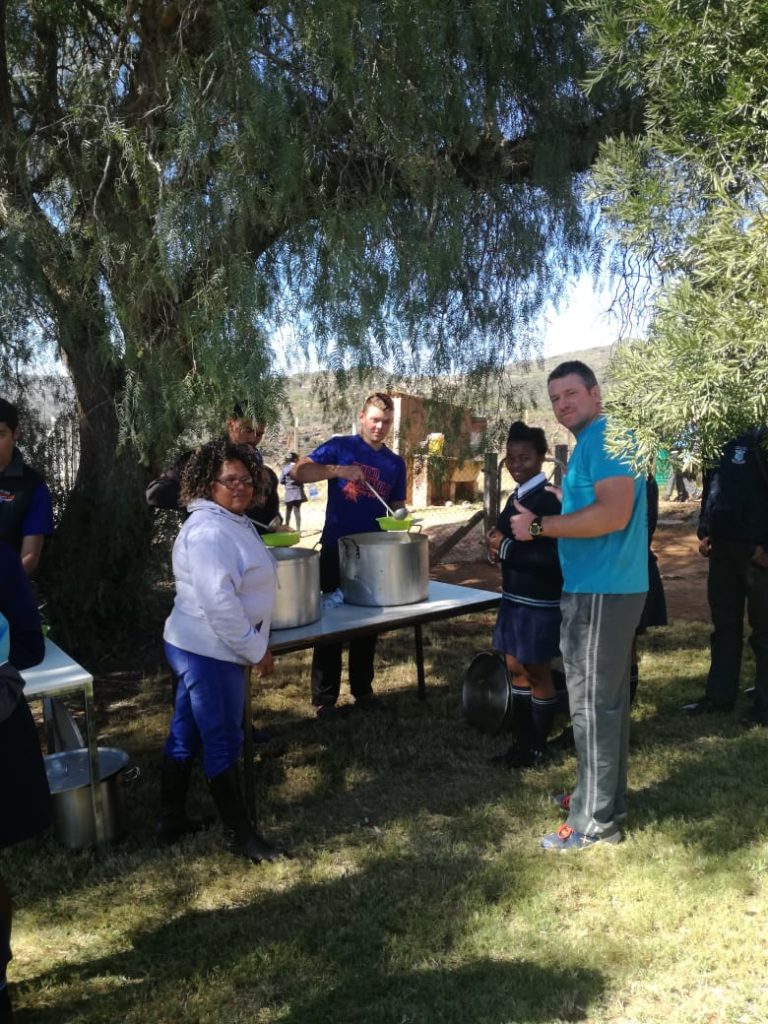 Learners of Hendrik Kanise Combined School in Alicedale were over the moon when local hotel, Bushman Sands, part of the River Hotel Group, arrived at the school on Tuesday, 13 August, to treat them on a meal of soup and bread.

Deputy Principal Candice Louw-Arnolds said the meal was a much-needed boost to learners’ energy levels during an extended school day.

“Since the school has put in place an extra classes programme as part of a turn-around strategy to boost attainment levels of learners, we have noticed that most learners struggle to keep up with the extra hours of tuition because they’re hungry,” she said. “We have approached various surrounding tourism-based enterprises, even large retail stores in Makhanda, to sponsor a meal once a week, but in vain. We are very grateful to Bushman Sands who, without hesitation, agreed to provide this meal once every week for the duration of term three.”

According to Grade 3 educator Brenda Malgas, the exercise was an instant success.

“Learners are now more alert and more responsive at the end of the day as compared to normal days without the extra nutrition.”

“It is evident that they (Bushman Sands) truly have the best interest our learners’ education at heart and it was heartwarming the see the joy with which their students served the meals to and interacted with our learners. Many thanks to Erin Brits, Carina Muller and their team,” said Louw-Arnolds.