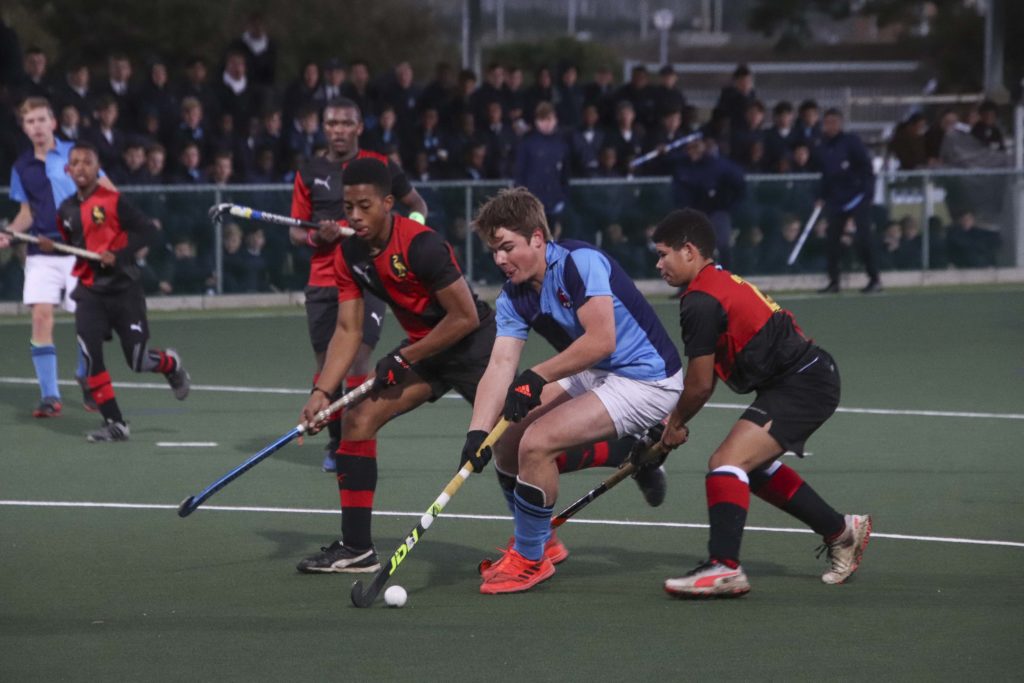 The St Andrew’s College Hockey Club enjoyed their last round of fixtures at home over the past
weekend, and all players and spectators braved icy conditions. Nonetheless, players from both
schools gave their best in terms of performance, and sportsmanship.

The U14A and U16B sides finished their seasons with pleasing 5-0 victories, and the U16A’s won 3-0.
The 3rd and 2nd XI’s could not find the opposition net in their matches and both teams went down
1-0. The 3rd XI match marked the end of an era for St Andrew’s College Hockey, as Daniel Roodt,
Alex Pezarro, Mark Duthie and Merrion Gess played their last matches. These fine young men have
contributed to St Andrew’s College hockey for a full five years, despite having many other interests
beyond Hockey.

They have been virtual ever-presents at practices and matches and been role models for the manner and commitment to the teams which they have represented. On Friday afternoon, these players inspired their team mates for the last time trying desperately to find that equaliser. Well done to each of them!

The 2nd XI match typified their season! They dominated in every sphere of the match but could
not find the net despite countless opportunities. Sport often writes its own script, and on this occasion, Dale scored in the last seconds with their only shot of the match to end the final match on a very disappointing note. This result should not, and does not, define the players performances, nor their attitude this season. They have played an excellent standard and provided the crowds with entertaining hockey.

The 1st XI closed their season with a comfortable 3-0 victory. This was another outstanding team
performance with commitment in defence, with hard-running and supportive play in attack.
Although the conditions did not allow for exciting hockey, it was a dramatic occasion as many of the
players were playing their last match for St Andrew’s, and fittingly, it was on Webster. The few brave
spectators were given excitement, and the victory, which they came to witness.