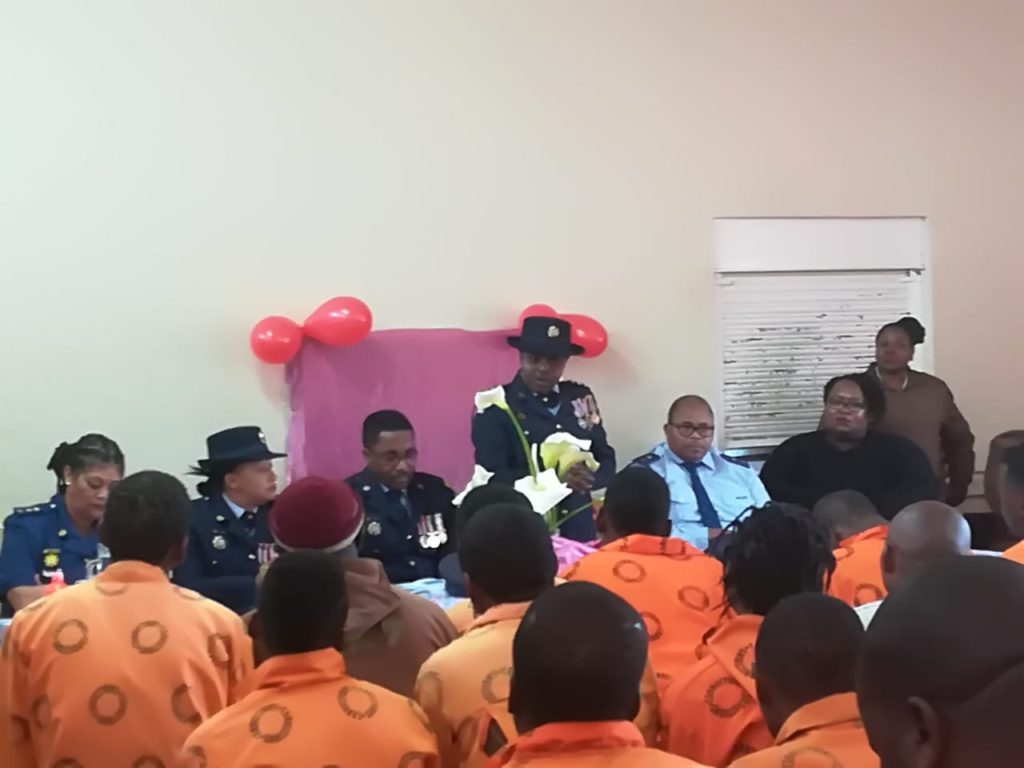 Power and control by perpetrators often leads to domestic violence and eventually their incarceration. The vicious cycle not only leads to assaults and sexual abuse but sadly the loss of life. Victims of abuse include close family members and children who become instant orphans.

In an attempt to break this cycle, the South African Police Service partnered with the Department of Correctional Services and conducted an education campaign for inmates on Friday 30 August.

In a first of its kind event, 100 inmates convicted for crimes against women and children were addressed at the Grahamstown Correctional facility.

The aim of the event was first, to prepare inmates on how to conduct themselves once they are released from prison and second, to assist with tips once they are integrated into society.

Mrs Plaatjies from the Department of Correctional Services addressed the inmates and read out a memorandum from women working in South African Correctional Centres on showing respect to women and what is expected of inmates.

Lieutenant-Colonel Mbulelo Pika, Station Commander of Joza thanked the women for the great initiative. “This has been the first of its kind and the SAPS will continue to educate the community and inmates on a regular basis,” he said.

Constable Lonwabo Ndzima the coordinator for Domestic Violence cases at Joza SAPS, closed the event with a motivational talk.

“A man is the head but a woman is every ligament of the body that assist the head to function well. A man is created and given the responsibility to cultivate and bring change around him, a man is a wall that protects the beauty and value of everything around him; a man is a protector that is why he is created with stronger bones and bigger ligaments,” he added