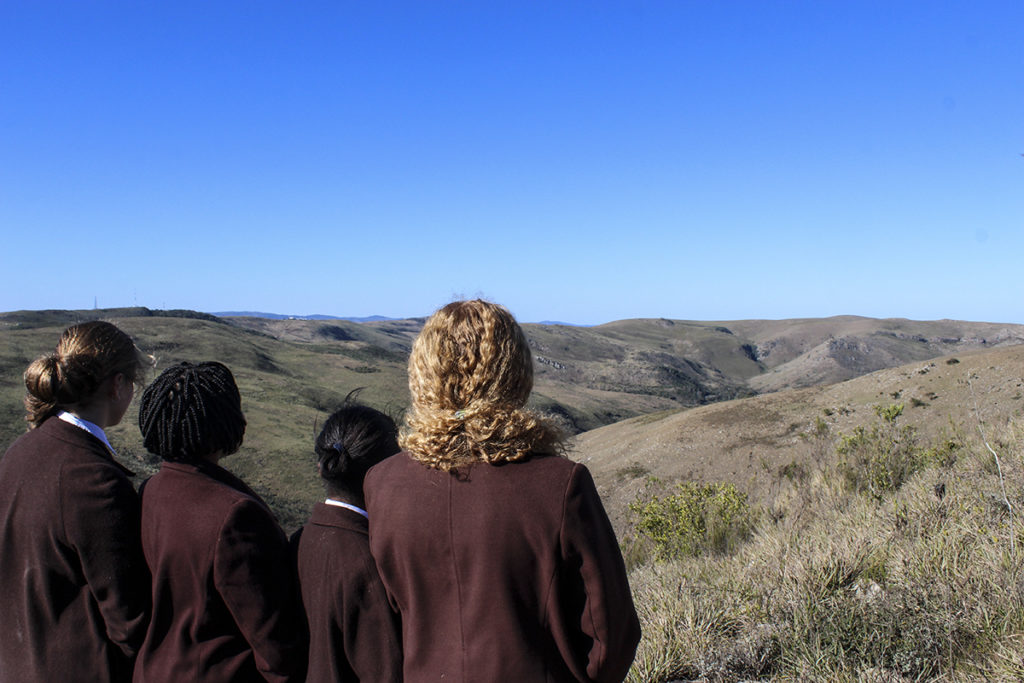 NEW HORIZONS... The Diocesan School for Girls is taking over the Monastery grounds and buildings for its integrated outdoor learning programme. The Benedictine Community is moving to Hermanus in the Western Cape. Photo: Sue Maclennan

The Diocesan School for Girls will take over the Maria Umama weThemba Monastery on the Highlands Road outside Makhanda (Grahamstown) at the end of next month, to establish a cross-curricular outdoor education centre. A recently signed lease gives the independent school free use of the 70 hectares of the land and buildings that since 1997 have been occupied by the Monastic Community of the Order of the Holy Cross. The latter includes the Hillandale Guest House, but not Holy Cross School, which is supported by two charities.

All three parties are delighted with the arrangement.

The Order has announced the closure of the Monastery by August 2019. The three remaining Brothers in the Community, Prior Daniel Ludik, Novice Master Roger Stewart and Associate Director Scott Wesley Borden, will leave for Volmoed, Hermanus, in the Western Cape, to open St Benedict’s Priory in September 2019. The Community have a long-standing relationship with DSG and the school was a natural choice for stewardship of Maria Umama weThemba.

DSG Principal Shelley Frayne is thrilled to have the school entrusted with what she terms a “gift from God”. In an interview with Grocott’s Mail, she spoke about the idea of “a school in the wild”.

“The way the traditional curriculum operates is in silos,” Frayne said. “That’s so far from the way the world thinks today.”

Creativity, environmental sustainability and astronomy are just some of the broad areas of learning Frayne sees framed in the rolling landscape west of Makhanda. Trails, birdlife and a view across farmlands to the ocean are some of the natural features of the grounds.  All this cross-curricular activity, Frayne explains, to honour the spirit and intention of the location, will be underpinned by mindfulness.

The deal, signed very recently, gives the school a nine-year lease on the property on the basis it maintains it, carries out repairs and pays insurance. It could not have come at a better time, Frayne said, with the economic climate putting a damper on expenses for “extras”.

“A single off-campus outdoor education stay can set a school back as much as R50 000,” Frayne said.

When Grocott’s Mail visited the Monastery last week, crews were hard at work with renovations on several of the buildings that will accommodate a total of 80 beds.

After the building work is complete, the maintenance costs will come to around R400 000 a year, Frayne said.

The facility will be a godsend for accommodating schools visiting DSG. And Frayne said it would also be available to other local schools on the basis of covering costs. “It’s not something we’re looking to make a profit on,” Frayne said.

Neither DSG nor the Benedictine Community is in a position to take on Holy Cross School, however, which is supported by two charities.

Holy Cross School was founded by the Order in 2010. It has been the main focus for DSG’s community engagement for several years and they offer two scholarships a year to its pupils. But the current economic climate meant they didn’t have the resources to take on the considerable cost of maintaining the school infrastructure, as well as staffing and resourcing the classrooms.

Under way is an official subdivision of the land, in order to secure the school’s right to the section of the property it occupies. This includes the monks’ current accommodation block, which will be converted to classrooms for the expanding school.

Principal Kary McConnachie said DSG’s commitment was a welcome development after two years of uncertainty and that the Order of the Holy Cross remained closely linked to Holy Cross School.

“The Order (in the US) is in close contact with Love Must Act, the organisation supporting us, and together they will keep the school going,” McConnachie explained. “In addition, the Mary Oppenheimer and Daughters Foundation support us financially and are currently assisting us in renovating the building closest to the school into a perfect Intermediate Phase school building. There are four lovely classrooms for this phase almost completed.  This means we have the facilities to expand for the next three years when we will be a full primary school from Grade R to Grade 7.”

McConnachie said while they were sad that the Brothers were leaving the monastery, they were extremely grateful for their support for the school over many years.

Holy Cross is the fourth school founded by the Order. There are two in the US and one in Liberia.

“We are delighted and excited that DSG has chosen to base its Outdoor Education Centre here on the premises that the Brothers will vacate,” McConnachie said. “We have always been close to DSG with five of our Holy Cross girls there on scholarships. They have supported us financially in our early years and we now look forward to collaborating with them on projects and activities that will benefit both schools.”