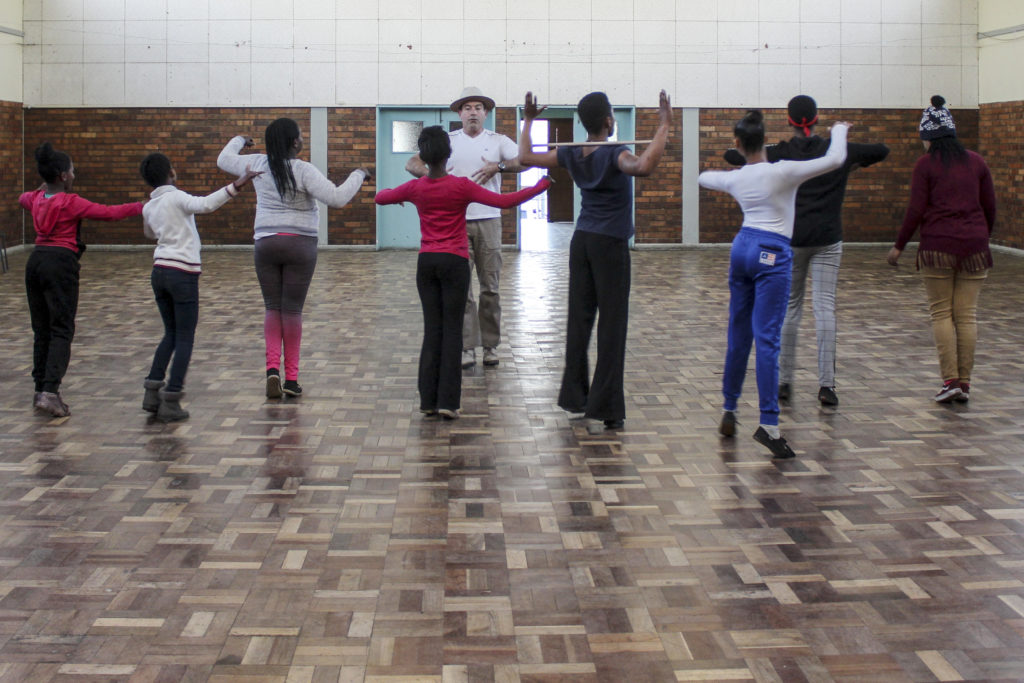 Twenty-four members of the Makana Dance Sport club will compete in the Sarah Baartman District Championships in the Makana City Hall on Saturday 10 August. The 12 dance couples will be dancing for championship trophies, as well as points to take them to the next competitive dance level.

The club practises every day in the Recreation Hall in Albany Road from 5pm to 7pm and welcomes beginners of all ages.

Currently the competitive couples are receiving special coaching from Ron Weissenberg. Weissenberg competed as a ballroom dancer from 1984 to 2002, representing his club at provincial and national championships.

A holder of the Supreme Award dancers’ qualification, he has also competed internationally and taught dance in the US.

Makana Dance Sport convenor Nonnie Maart says young people come from all over Makhanda to the late-afternoon dance classes: it provides them with a constructive outlet, developing co-ordination and social skills in the process.

“The kids are coming from Extension 6, 7, 9 and 10,” Maart said. “They’re so keen because there’s nothing else for kids to do after school. This is keeping them off the streets.”

Because most of the children come from indigent families, the club is always in need of support – particularly for transport.

“Getting the children back home to their different areas costs a lot,” Maart said.

Come and see for yourself the skills that Makhanda’s young people are learning at the City Hall on Saturday 10 August, from midday to late!

SPONSOR A DANCE PAIR FOR R150 A MONTH!

If you’d like to support this healthy, creative outlet for our town’s children, why not consider donating R150 a month to the club to help cover the convener’s costs? For the club’s bank details please call Joseph Maart at 072 557 8004.