Rich programme of talks and workshops at 2019 National Arts Festival 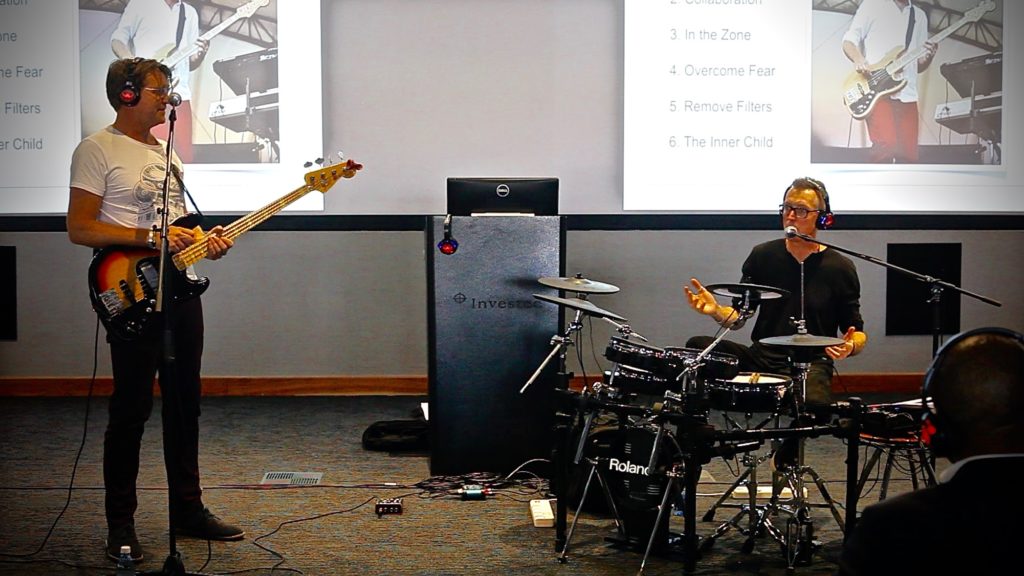 Much of the action at the National Arts Festival in Makhanda (formerly Grahamstown) takes place on the stages, but there’s a lot going on off-stage too, with an exciting programme of thought-provoking talks and workshops to enrich and complement every Festival-goer’s experience.

Interactive audience experiences are spread across ‘artist walkabouts’, where the artist, curator or an art expert leads a discussion around an exhibition; visual art workshops; post-show discussions; and dozens of talks and discussions in the Critical Consciousness, Creativate Digital Arts Festival and Wordfest programmes.

Critical Consciousness is an open platform for debate and considered opinion and features talks on subjects that vary from intellectual property for the creative industry to politics and activism to music listening sessions.

Events on this year’s Critical Consciousness programme include:

•  A three-part DISTELL SCRIPTWRITING WORKSHOP, facilitated by Professor Anton Krueger. The Festival recently partnered with Distell on the Distell National Playwright Competition, a platform for new writers to write plays that will be produced and staged at the Festival. This informative series of workshops will be held from 28 to 30 June at 17:30 daily. Open to writers of all ages. Young and emerging writers are particularly encouraged to attend but this workshop is only open to those over 18 years old.

•  Independent arts portal Ja. Magazine will present a talk on GUERILLA PUBLISHING (29 June at 11:00) and will share how their model of mixing genres and networks has filled the gap in a dwindling arts media space. The team from Ja. Magazine will also host an interactive collaging and free writing workshop, which will result in a special Festival-edition zine. This experience is called EVERYDAY DISRUPTIONS and will be at 14h00 on 1 July.

•  The Public Service Accountability Monitor at Rhodes University presents a debate on South Africa’s public finances – participants include the Auditor General, Kimi Makwetu, Karabo Rajulli from AmaBhungane,and Zukiswa Kota of Imali Yethu. MAKING EVERY RAND COUNT is on 27 June at 14:00.

•  The University of Fort Hare, Coventry University and the Arts and Humanities Council engage in the fascinating and thorny issue of INTELLECTUAL PROPERTY (2 July 10:00) and Kitso Seti from the University of Cape Town and looks into the ROLE OF THE BLACK CONSCIOUSNESS MOVEMENT IN THE ARTS (1 July 15:00).

•  Long-time Festival partner Business and Arts South Africa will be hosting the BASA SCALE-UP WORKSHOPS. Pitched at artists and cultural organisations, these 2-hour sessions will create a dynamic networking space to share ideas, skills, knowledge and strategies aimed towards building sustainable and thriving projects and organisations. The workshops are free and take place from 29 June to 2 July.

•  WHO AM I? is a short series of interviews with Festival personalities that will provide Festival goers with some fascinating back story detail –expect conversations with Brett Bailey – Samson (30 June 11:00), Mandla Mbothwe – G7: Okwe-Bokhwe (28 June 13:00) and Qudus Onikeku – Spirit Child 2 July 14:00).

•  The EASTERN CAPE LITERATURE FESTIVAL LIT-FEST 2019 hones in on UNESCO’s declaration of 2019 as the year of indigenous languages and will give a platform to isiXhosa, Sesotho, sign language, Khoisan languages and others. Expect book launches, debates, and talks – including one from guest speaker Advocate Sonwabile Mancotywa.

Now in its second year, the Creativate Digital Arts Festival is a new facet of the Festival and is a space where the fusion of technology and the arts will be explored through a series of exhibitions, plays, talks and workshops.

All talks at Creativate are free and range from a talk by Segodi Leshalabe IS ARTIFICIAL INTELLIGENCE THE NEXT REVOLUTION IN MUSIC? to an INSTAGRAM MASTERCLASS FOR ARTISTS, THEATRE MAKERS AND PERFORMERS with Steven van Wyk.

•  TRAIN JAM GAMING WORKSHOP, hosted bythe Goethe-Institut South Africa, which will see game developers use the 20-hour train ride from Johannesburg to Makhanda to brainstorm and create serious or political games. The end result will be revealed in a talk and Q&A session on 28 June at 14:00.

•  Facilitated by Gareth Walwyn of the Access Music Project, ART-DUINO will be an informative, hands-on workshop where attendees will explore the introductory elements of Arduino and program their own unique artwork. During the workshop, participants will learn to code simple graphics on an RGB matrix of Neopixels. The best designs will be displayed on the National Arts Festival’s wall-sized giant LED matrix. Catch it on 29 June (11:30), 2 July (15:00) and 6 July at 10:00.

•  In SLAVES TO THE RHYTHM: ANALOGUE TO DIGITAL, Barry van Zyl (Johnny Clegg’s long-time drummer) and bassist Josh Hawkes (Freshlyground, Streaks, Zap Dragons) will take attendees through the seismic disruptions that have impacted the music industry, influencing the way creative output is produced and distributed. 4 July at 15:00

For more talks and workshops on Creativate, see the programme here: https://www.nationalartsfestival.co.za/creativate-2019/

WORDFEST, which marks the centenary of South African literature giants Eskia Mphahlele, Noni Jabavu and Peter Abrahams this year, is a series of book launches and talks that runs during the Festival.

From the launch of I BEG TO DIFFER, written by anti-apartheid activist Peter Storey, to THE LAND IS OURS, Thembeka Ngcukaitobi’s book about the first black lawyers and the birth of constitutionalism, to RISKS AND RICHES, TJ Strydom’s book on Christo Wiese, there are 25 different literary events to attend between 29 June and 6 July at various venues.

For those who want to roll up their sleeves and make, there are some lovely workshops to get busy with. PRINTMAKING 101and its workshops on drypoint, monotypes and linocut relief printing will be hosted by Madelize van der Merwe on 28, 29, 30 June and 1 July. DRAWING 101 on 2 July also stretches over an afternoon spent deepening observational and drawing skills.
LIFE IN ART from Kulumba Shiri Art Gallery focuses on bringing creative life to stone and recycled materials, daily from 28 June to 3 July and 6 July. MALUWA PAPER PASSION’s Sharon Tweddle will take attendees through this wonderful craft on 3, 4 and 5 July. Prices for these workshops range between R150 and R200 per person.

The diversity of shows, talks, workshops and experiences at the National Arts Festival can be a little overwhelming but there are several ways to explore what’s on offer.

•  The 2019 National Arts Festival programme can be viewed online at https://www.nationalartsfestival.co.za/2019-festival/2019-programme/

•  The printed version can be bought for R75 plus delivery to your door via Takealot.com.https://www.takealot.com/2019-national-arts-festival-programme/PLID54542986, or at various outlets across Makhanda.

•  The Festival app is another way to enjoy effortless browsing and booking on-the-go. Available for Android and Apple’s IOS, search for ‘National Arts Festival’ to download the latest version.
A guide to planning the trip is updated annually by the Festival.