The most Amazing job in the world 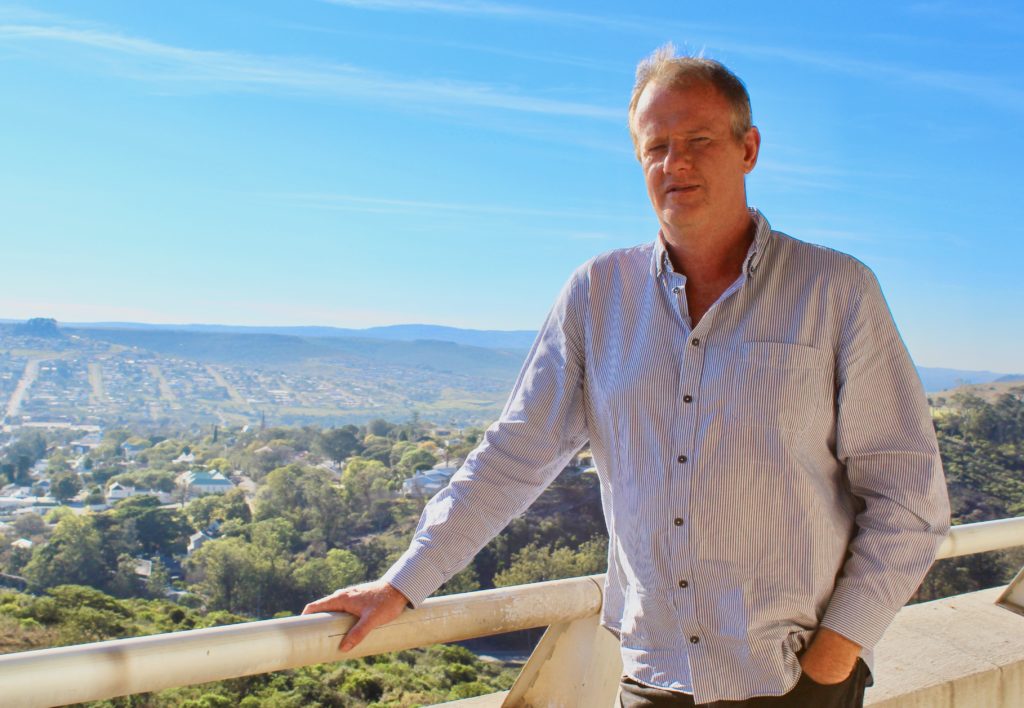 Tony Lankester speaks to Grocott's Mail about his 12 Amazing years as CEO of the National Arts Festival. Photo: Kathryn Cleary

For the past 12 years, Tony Lankester has served as custodian to the continent’s largest arts festival and recent news of his resignation has left the Makhanda (Grahamstown) community with heavy hearts. However, Lankester’s legacy is far from over, and an exciting move to the United Kingdom brings new possibilities for South African artists. Lankester can also finally attend the National Arts Festival… for the very first time!

Lankester’s new ‘office’ will have no shortage of water – sorry Makhanda – as he takes on the position of General Manager at Riverside Studios in Hammersmith, right on the River Thames.

Lankester had renewed his five-year contract as CEO three times, and knew that after 15 years, he needed to move on. Three years shy of the 15, this was an opportunity he couldn’t refuse.

Lankester received the written job offer only on the Monday after Festival.

“I had this surreal experience during Festival knowing in the back of my mind that this was probably going to happen, but not being able to talk about it,” he said.

Some residents of Makhanda are no strangers to Britain themselves, and Lankester had no doubt that he would be seeing some familiar faces in his future.

Despite leaving Makhanda, Lankester will remain on the Festival Board.

Over the past 12 years, Lankester and his team have experienced some highs and lows, but the real magic is perhaps in the team itself.

“I think the heart of it is the team,” he said. “There are people on the team who were here before I got here, and there’s a whole new wave of young fresh energetic talent.”

The team of over 30 full-time staff work on the Festival and Sci-Fest, as well as other projects and the running of the Monument.

“It’s really just been a case of giving people space and creating an entrepreneurial environment where it’s okay to make mistakes,” said Lankester. “What we have now is a blend of institutional knowledge, as well as fresh energy.”

This fresh energy and youthfulness has spread from the team into the Festival itself and has created what Lankester believes is an evolution over the past 12 years.

He commented that in earlier years visitors would spend more time in the bars than in the theatres enjoying shows. “This has swung a little bit,” he said. “The streets are quiet because people are in the theatres, and I’m okay with that! Our core business is getting people into theatres.”

“If you look at what’s on the main programme it’s completely different to 15, 20 years ago.”

“It’s got a greater rawness to it, a greater authenticity and honesty, and greater diversity. We’re not presenting a single view of the world, we’re giving people multiple views, and that’s what the arts should be doing,” he emphasised.

Part of Lankester’s mandate was to find ways to extend the financial viability of the Festival beyond 11 days. “Some projects have been more successful than others,” he said, adding that they had organised other festivals in Cape Town and overseas. “So, [we’ve] become producers of festivals so we can diversify our revenue stream.”

“That also comes with a downside,” he said. “As soon as you announce that you’re doing a festival in Cape Town, everyone in Makhanda thinks, ‘Oh the festival is moving to Cape Town.’ I don’t know how many times I’ve stood up in various forums across the city, and said, ‘We’re not going anywhere!’ ”

“I’ve been to a lot of festivals all over the world but never have I come across a festival that completely consumes a town like this. It’s rare and special and unique. That’s why when people say, ‘Oh the Festival is leaving Makhanda,’ I just laugh, because it can’t! All of the Amazing that happens for 11 days out of the year cannot happen anywhere else in the world.”

Lankester likens the city to a circular firing squad.

“Sometimes we’re our own worst enemies, and if you look at how conversations play out, there’s a victim mentality. We love being the victims.”

“No matter what situation you throw, there’s always a ‘yes, but..’. In this town I think people are their own worst enemies, and that’s a problem. We are deepening divisions and we shouldn’t.”

THE MOST AMAZING JOB IN THE WORLD

“The first year I did this job, I was on my way somewhere and I had to pull my car over and pinch myself and have a little cry, thinking that this was the most amazing job in the world. It was just the realisation that this was something extraordinary and special, and the privilege of being the custodian of it for a short space of time, was overwhelming.”

“It happened to be this year, holding a press conference upstairs, speaking to a group of about 50 journalists and literally while I’m talking, the monument skylight falls down next to us! I thought, okay, I’ve got a group of journalists here, this is going to become the story, the roof falling in, how do I counter this? I almost blurted out, oh by the way I’m resigning! Just to put a different story out there!”, he said with a chuckle. “That was a bit of a heart-stopping moment, that and the crossbow incident at this year’s Festival was pretty dire.”

Monsters taking advantage of the dark