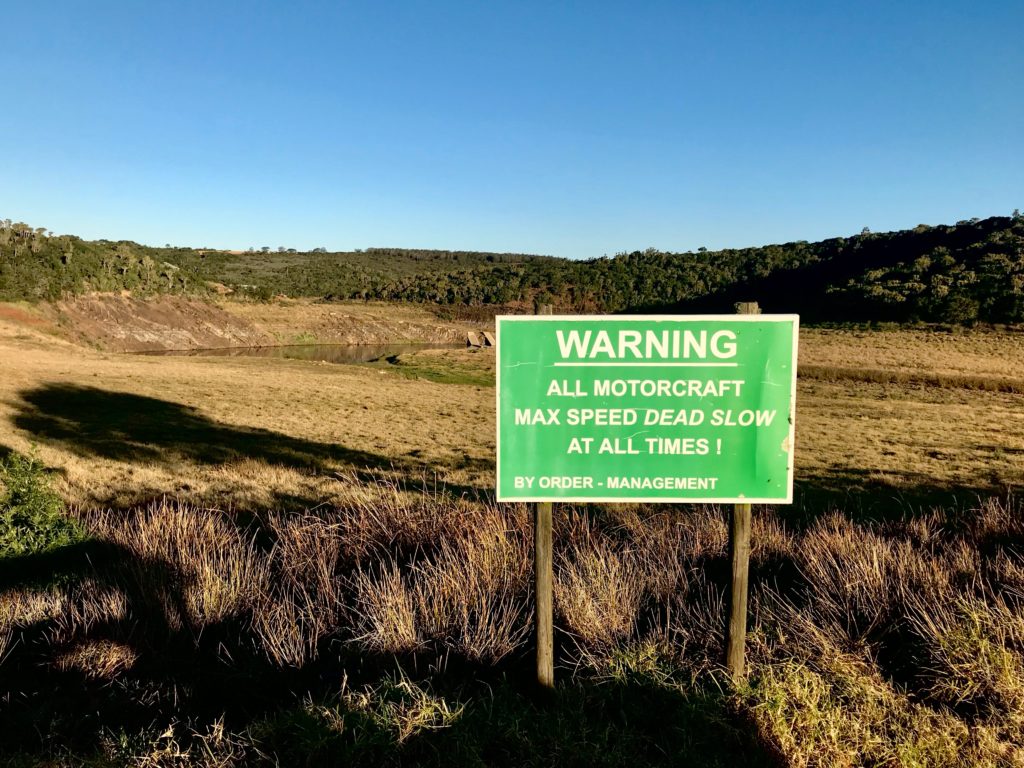 Makana announced this morning that a planned shutdown of James Kleynhans will take place tomorrow for eight hours, this comes as leadership have assured Grocott’s Mail that provided residents reduce their use to 25 litres per person per day, no day zero is imminent for Makhanda (Grahamstown). Meticulous management of the water storage reticulation and systems means that despite zero output from Settlers and Howieson’s Poort dams, there is water in residents’ taps, although at lower pressure.

The two dams supplying Waainek Water Treatment Works supplying west Makhanda reached minimum levels last week Thursday, 11 July, forcing the city to rely entirely on water from the James Kleynhans system, along with three boreholes. James Kleynhans currently supplies between 12 and 13 megalitres a day, with a supplemented 0.5 megalitres a day from the boreholes. The boreholes are connected to the Waainek system and are mainly used to fill the high-level reservoir, to ensure high-lying areas still have some supply when the pressure is low.

LED Director Riana Meiring, who is at the heart of a multi-stakeholder water crisis committee set up earlier this year, said that as a result, water rationing is not necessary.

“Finally we are managing the internal system very well,” Meiring said. Makana leadership, along with MBB Consulting, Amatola Water and the engineer deployed by the Cogta’s Municipal Infrastructure Support Agency (MISA), Luthando Maboza, had worked together to balance and manage the city’s very complex water system.

“First, James Kleynhans is once again delivering its full output of 12-13 megalitres a day,” Meiring said.

Second, all the reservoirs are full. The output of the reservoirs has been manually throttled to 50 percent, preventing reservoirs from running dry, while still ensuring water reaches across the city, including high lying areas.

Meiring said the municipality is currently using more staff to manage the system than before, and is looking into bringing in experienced plumbers who know the systems well to further assist. The valves at the reservoirs must be opened and closed manually to ensure the 50 percent output, and this requires expertise, she said.

Previously, residents in high-lying areas experienced severe disruption as a result of little to no water pressure. Meiring stated that this would no longer be an issue due to the use of the newly built intermediate pump station on the west. “Residents must understand that every now and then there will be low pressure, and it may not be enough to shower,” said Meiring.

Water restrictions continue to be in place, limiting residents to 25 litres per person, or 100 litres per household.

This morning Makana announced that tomorrow, 16 July, will be a planned shutdown of James Kleynhans for eight hours due to ongoing upgrades. Meiring said that the decision to shut down the works was not taken lightly; however, because the system is currently working well, Meiring said residents should not experience outages. “Resident should expect a change, but water will be there,” she said. Makana will not be dispatching water trucks for tomorrow’s shutdown.

Nosib and his team use a digital system called SCADA to monitor the entire water system. “It really assists as one can quickly see if there are problems in certain areas being fed by relevant reservoirs,” said Nosib. SCADA provides current readings of the reservoirs, including the reservoir’s holding capacity and total percentage full. Nosib encouraged residents to continue to report any vandalism, as this hampers engineers’ ability to monitor reservoir levels and flow rate.

Stepped tariffs were introduced earlier this year to encourage lower-volume water use. The city has nine active meter readers, whose work is being closely supervised, Meiring said and faulty water meters had been replaced.

As backup, the municipality would be placing 21 Jojo tanks in various parts of the city. These are tanks purchased by Makana.

Meiring said disciplinary action had been taken against a municipal plumber who in June opened and emptied the Botha’s Hill reservoir, an act police confirmed they were investigating as suspected sabotage.