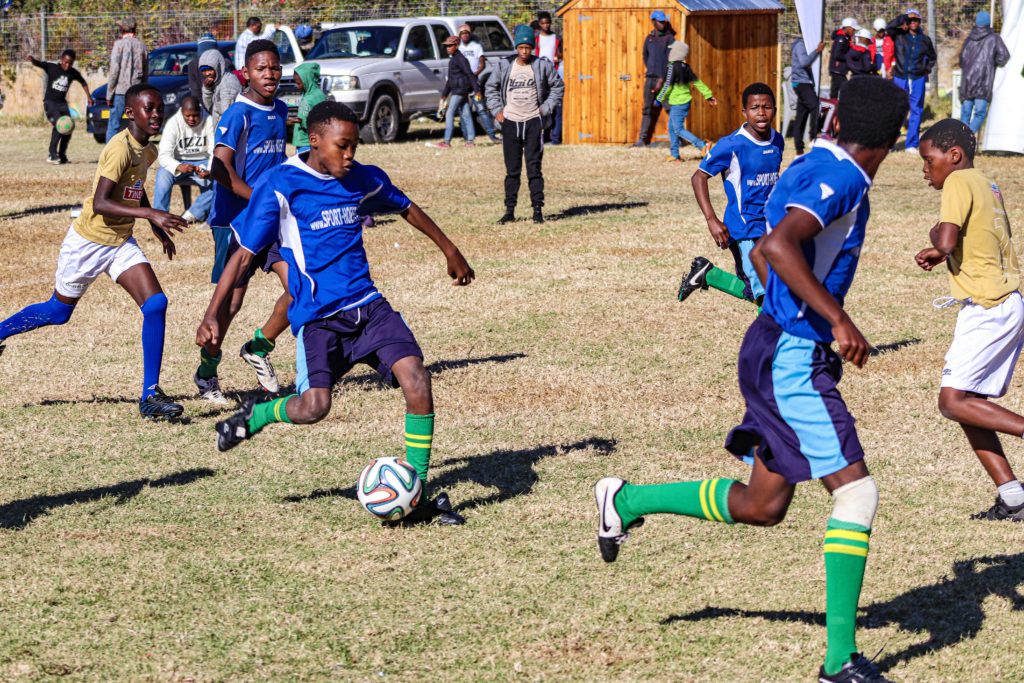 Makhanda’s Premier young soccer teams are currently embroiled in heated and un competition during the 2019 National Arts Festival, hosted at Fiddler’s Green. The tournament started on Tuesday 2 July, and will continue through until Saturday 6 July, concluding with a celebration and prize giving in the afternoon.

Teams involved in the tournament include Lakhenathi FC, City Pirates, Cameroon, Newtown City, PSG, the Xolani Eagles and the Superstrikers. The tournament is still wide open, with all of the teams managing to secure points early in the tournament, and the final matches promise to provide some great skills and exciting soccer. Matches start at 9am and take place everyday at Fiddler’s Green from Tuesday 2 July until Saturday 6 July.

In addition to the spectacular soccer on show, Makhanda’s local boxing talents are in action from Thursday 4 July until Saturday 6 July, from 11am until 3pm. Don’t miss out on the opportunity to see what could be the next Mziwoxolo Ndwayana at Fiddler’s Green throughout the three days.