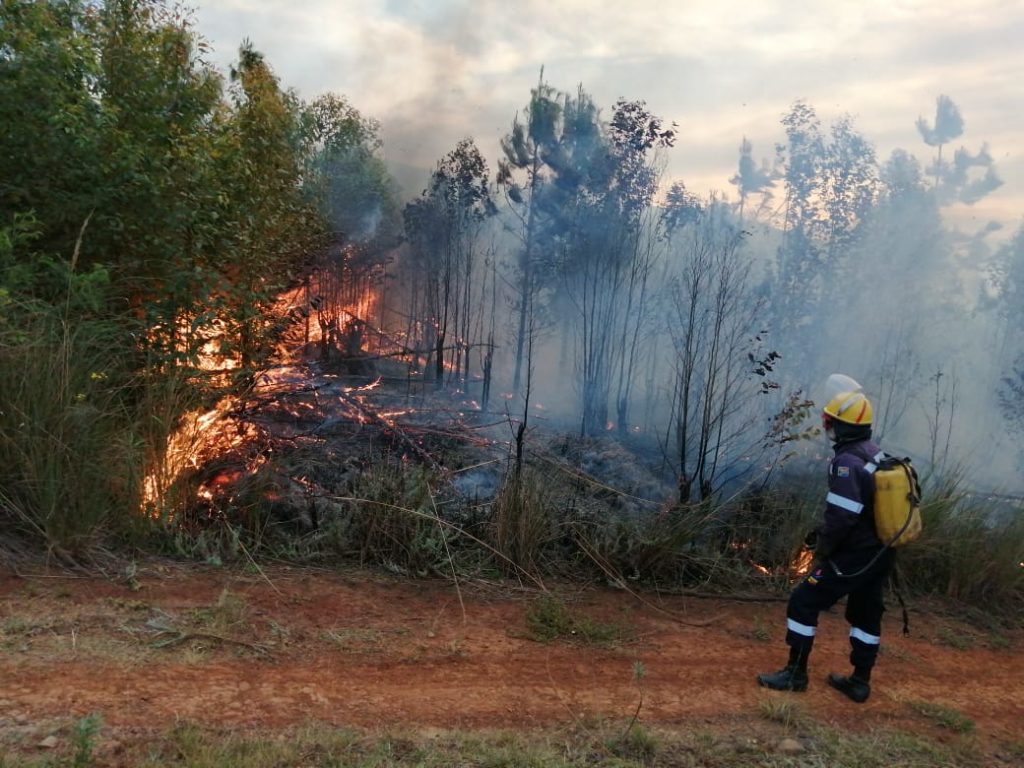 The Department of Environment, Forestry and Fisheries’ Working on Fire firefighters in the Eastern Cape continues to be on high alert during this winter fire season. Since the start of the 2019 winter fire season, firefighters in the province were dispatched to suppress more than 20 fires across the province, Eastern Cape Working on Fire said in a media release. Provincial Coordinator of Dispatch, Ashlynn Goold, said May was very busy, with a large number of fires to start off the fire season.

Goold said the teams that have been particularly busy have been those in the eastern part of the province, including Matatiele, Ongeluksnek, Nqadu, Langeni, Elliot, Cata, Hogsback, Joe Gqabi, Mhlahlane and Tsomo.

“This week alone, the teams have already suppressed four fires, [including]the fire in the Katberg plantation, the one in Mdletyeni and the one in Singisi Forest,” said Goold. “All firefighters will remain on high alert and will be ready to provide firefighting services to landowners, communities as well as municipalities.

“As the winter fire season continues, the Department of Environment, Forestry and Fisheries urges everyone to remain vigilant and not start any unwanted fires.”

Members of the public in fire-risk areas are urged to monitor the daily Fire Danger Index (FDI) warning issued by the SA Weather Service.

ABOUT WORKING ON FIRE

Working on Fire is a programme of the Department of the Environment, Forestry and Fisheries (DEFF). It’s a job-creation programme focusing on Integrated Fire Management in South Africa. WoF fire fighters are recruited from marginalised communities and trained in fire awareness and education, prevention and fire suppression skills. These young men and women form veld and forest fire fighting ground crews, stationed at bases around the country to help stop wildfires which cost the South African economy billions of rands annually.

Eastern Cape Working on Fire has a total of 534 trained and physically fit firefighters based at 26 bases in the province.