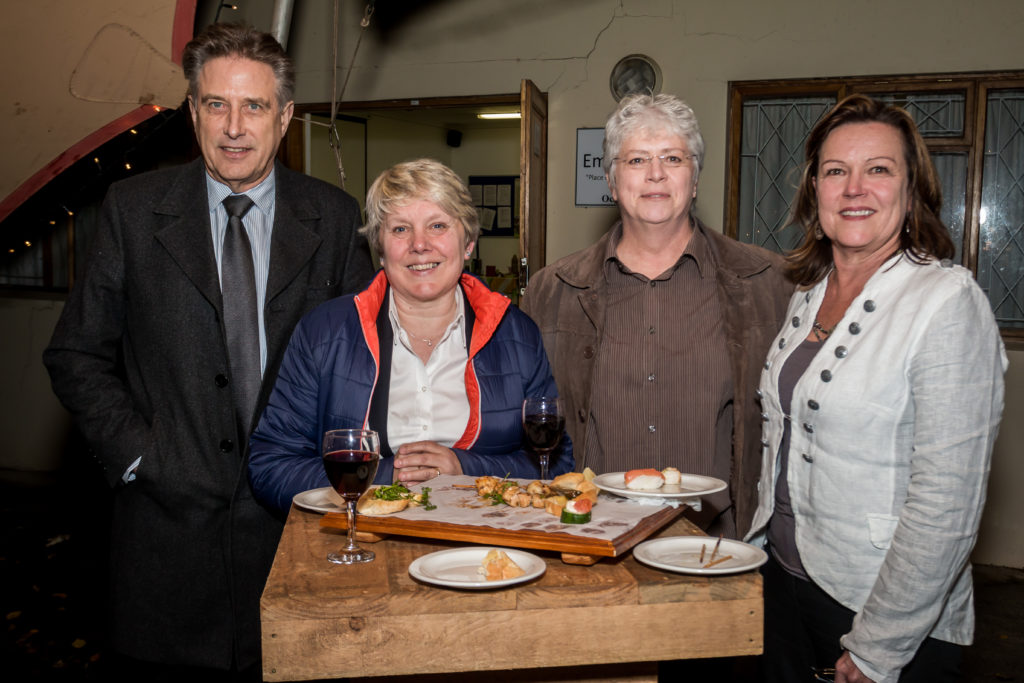 Rhodes University’s Community Engagement Division launched their new digital storytelling lab, the Social Innovation Hub on Tuesday 25 June evening. The event was attended by the Makana Mayor Mzukisi Mpahlwa, the Vice-Chancellor of Rhodes University, Dr Sizwe Mabizela, and social innovators from across Makana who eagerly joined in discussions about potential partnerships and projects that can contribute to solving social ills and building social cohesion, particularly across the Eastern Cape.

The Social Innovation (SI) Hub serves as a space where people of Makhanda can develop their digital literacy and storytelling skills, and in the process, begin to heal themselves and their communities.

Taking their mandate of equipping local social innovators with the skills and resources they need to enact positive social change to heart, the SI Hub is particularly concerned with building a common network across universities and education institutions in the Eastern Cape.

A significant first step in this process of uniting Eastern Cape universities in the shared goal of facilitating sustainable social development is the emerging partnership between the Social Innovation Hub and Nelson Mandela University’s Center for Community Technologies. Nelson Mandela University is part of the Common Good First project which has made the Hub possible.

“I know this is a dream of the Vice-Chancellors of the Eastern Cape Universities – that all four universities should journey together in the end,” said Darelle van Greunen, Director of the Centre for Community Technologies.

As the two Eastern Cape universities part of the Common Good First project which culminates in October this year, Rhodes and NMU have committed to the daunting task of finding some sustainable solutions to the social ills that affect the province, with the hopes of joining forces with fellow Eastern Cape universities, Fort Hare University and Walter Sisulu University in the future.

“[We’re now] finding real solutions to real problems in our very own province,” said Van Greunen. “I think the people at Rhodes University and the people at Mandela University are very proud Eastern Cape people – our hearts are in this province. So, it’s only fitting that these two universities should hold hands going forward.”

The Social Innovation Hub’s journey begins at home in Makana. The SI Hub is dedicated to creating synergies among Makana innovators and facilitating access to resources – both technological equipment and education. “We’re inextricably linked to the city – if the city goes down, we go down,” said Di Hornby, Community Engagement director.

“We’re working towards becoming that engaged university that works conscientiously to be part of the city and also to be responsive to the broader community.”

Social change begins with you – the people of Makana with rich histories, complex struggles and formidable resilience. Tapping into this deep well of stories and lived experiences is the core purpose of Rhodes University’s new Social Innovation Hub – a multi-faceted digital storytelling lab launched by the RU Community Engagement Division on the chilly evening of 25 June. The Social Innovation Hub is a centre for digital education, resource-sharing and engagement with the broader community.

“The activities and initiatives aimed at enhancing digital literacy, digital storytelling workshops and all the activities that will be run from this innovation hub will bring hope to the many young people of our community,” said Dr Mabizela. “Whatever we do in our community engagement is not an act of charity. We do so because we acknowledge our common humanity and our shared destiny.”

“Around the world, individuals and communities [face]very similar problems relating to their health, wellbeing, housing, education and the environment. And whilst the problems they face may be very similar, in some places, severity will be greater,” said Adair. “Whatever they face, people are remarkably resilient in finding their own solutions to the problems in their community – and that is how Common Good First was born.”

After a brief introduction into the world of digital storytelling and a robust discussion of the great potential that digital storytelling has for e-learning, social healing, and combating the digital divide in South Africa, the Makana community joined Community Engagement Director, Di Hornby, in a walkthrough of the vibrant space that has become the hub of social innovation at Rhodes.

The Hub offers even more than just the lively fixed lab located at RUCE which makes digital
equipment and training programs available to the public. There is also a mobile lab which runs programs that builds on existing social projects. Currently, the Hub has partnered with Awarenet, an e-learning program located at the Joza Youth Hub. The Hub’s mobile lab provides equipment (laptops, cameras and microphones) to Awarenet for their Youth News Show – an exciting project that has been met with enthusiasm by the local participating learners. “I think a multitude of hubs [made]available to parts of the public who are not otherwise exposed to
ICT could be a game changer for the community. So if our hubs could be the start of such a network,
it would be great,” said Ketjil Torp, manager of Awarenet.

The official opening of the Social Innovation Hub promises to be the beginning of many great projects and initiatives that will unite students, academics, social advocators and Makana residents in their common goal – improving the lives of their community and building social cohesion.