Keep calm and ROCCO on 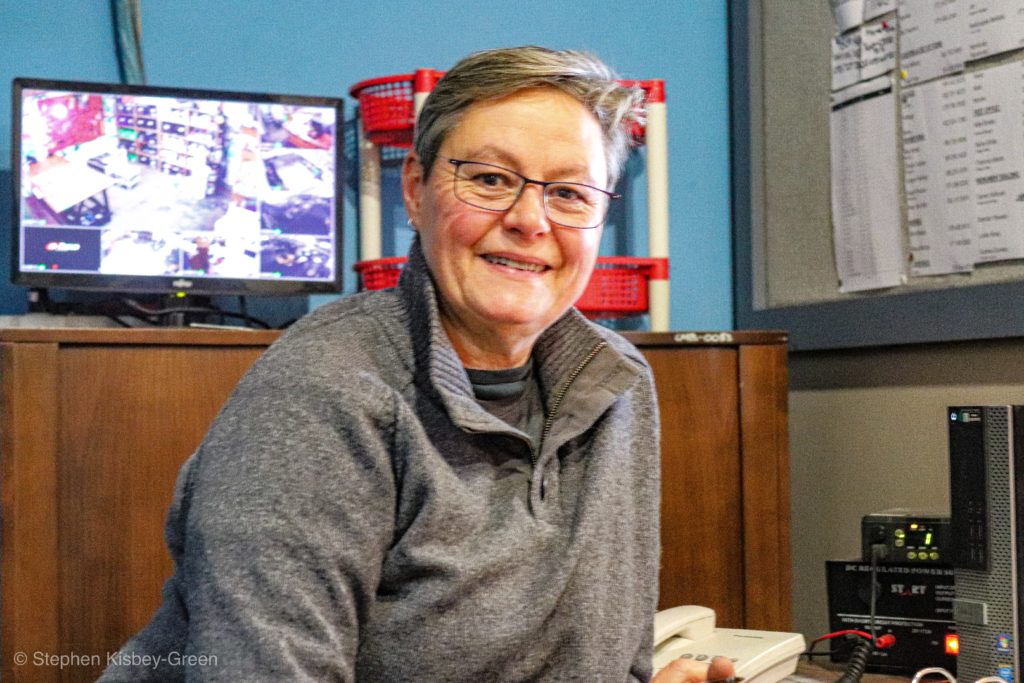 What do you get when Santa’s workshop meets the NASA control room? Simple, ROCCO! ROCCO stands for Radio Operation Control Centre Operator, and is the technical ‘bread’ to the ‘butter’ of performances and exhibitions at National Arts Festival (NAF).

Preparing for NAF each year is much more than what the average resident or tourist could imagine, far beyond the re-painting of streets and construction of stages. The technical geniuses behind the Festival are the true magicians bringing the art to life and to the audience. Grocott’s Mail visited the quirky ROCCO room for this exclusive feature story, and learned just what it takes to keep the Festival chaos to a minimum and happiness at a maximum.

The small ROCCO room is perhaps anything but: filled with radios, binders, coffee and a cozy makeshift bed in the corner (for those near-burnout work days). This drafty room in an art-stricken warehouse is the hub of technical organisation and production management of the Festival – and it buzzes like a bee after one too many coffees!

Carol Preston has worked at NAF for 25 years, and with her “institutional knowledge” of technical work and production management, has ‘ROCCOed’ for the past eight. ROCCO, ROCCOing, ROCCOed; no matter how you say it, the job surpasses any word or phrase. ROCCO is all a person (this year there are two and a half according to Preston), a place, and a thing, but most importantly, ROCCO is a synergy of pure brilliance and dedication.

Whenever something goes wrong at Festival; from a falling blackout curtain, or a paint touch-up, to a lack of toilet paper, it’s ROCCO to the rescue. Preston communicates with over 100 people from the technical team on a daily basis, making sure that every issue is accounted for in the log book and seen to by the correct technician.

To our reporters’ surprise, some of the issues called in to ROCCO included a missing sports bra, a needed smoke machine and a shortage of coffee in dressing rooms. Don’t laugh! A missing sports bra can be just as detrimental as a power failure to a performance or exhibition. ROCCO’s approach to each issue is exactly the same, no matter the item of clothing or piece of equipment, it must be seen to efficiently and correctly.

Even with the harrowing crossbow mishap over the weekend, Preston and the ROCCO team were not phased. The bizarre is normal for them: “It’s all crazy anyway!”, said Preston. In the past she has managed calls of audience members vomiting, suffering epileptic fits, and drunk and disorderly patrons. (Not to mention the famous goldfish that called the ROCCO room home when it was not on stage performing.)

The trick is to keep calm, she added, “even if someone’s been shot with a crossbow and someone else needs toilet paper”.

“We’ve never really experienced a time when an issue couldn’t be solved.”

Keeping calm and ROCCOing on isn’t everyone’s cup of tea. When Preston first took to the radio eight years ago, she could barely speak at the end of her shift. With call after call coming in hot, Preston had no time to eat, drink or use the bathroom for sometimes eight hours at a time. However, things get smoother and smoother each year, and now Preston even has time to read her book between calls.

Well, you know what they say, there’s no business like show business!

The ROCCO and technical team are just some of the behind the scenes heroes of Festival, working more than 15 hours each day to make all 11 days truly something spectacular. Grocott’s Mail would like to thank each of these heroes for the wonderful job they do each year, and wishes them a successful remainder of Festival.

Previous ArticleMoneylenders caught with Sassa cards and cash
Next Article We’re looking for the most festive dressers in the G2C!