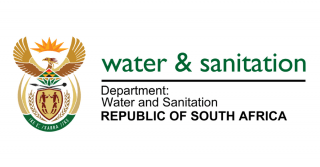 A farming operation in the Western Cape has been fined R3.5 million for contravening water regulations.

The Department of Waster and Santiation says the R3.5m fine issued to a Western Cape farming operation for water and environment offences should serve as a deterrent.

The Tierhoek Boerdery Pty (Ltd) in Clamwilliam, Western Cape, has been issued a fine of R3.5 million for contraventions to the National Water Act. The matter was first heard the Clanwilliam Regional Court in March 2018, and was finalised on Friday 14 June 2019. The matter was brought jointly by the Department of Water and Sanitation (DWS) and the Western Cape Department of Environmental Affairs and Development.

The farming operation was charged following allegations of unlawful water activities. Tierhoek first appeared in court after the Department of Water and Sanitation conducted the first Monitoring and Enforcement Blitz in the West Coast region during Enforcement Month, November 2017.

Following further investigations, six more charges were added, resulting in 11 criminal charges. The farm owners were found guilty of all charges. Out of the 11 counts: six relate to water, while five relate to environmental transgressions.

The water related counts are as follows:

“Government acknowledges that the farming community also plays a vital role in the socio-economic development of the country; however, we encourage every water user to respect the law. We call on all other potential transgressors to come forward and exercise voluntary compliance with water and related laws. DWS is available to assist the water users with compliance to Regulations,” Hene said.