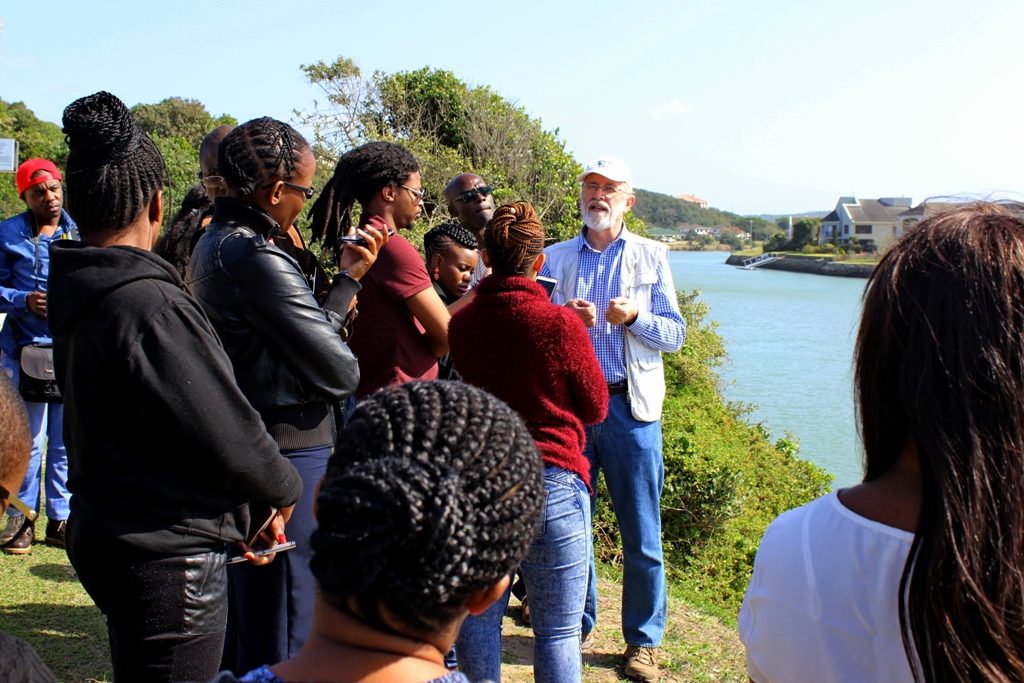 Fishes of Southern African Estuaries is a complete encyclopaedia about everything that anyone could ever hope to know about Southern African estuaries. It is plainly written for academics or students studying estuarine fish in particular, or ichthyology in general, rather than for fishermen who like to go angling in estuaries.

It is a major work revising and expanding on Prof Alan Whitfield’s earlier monograph published in 1998. The book is large, printed on almost 500 pages of high-quality, A4 sized paper and requires two hands to carry it.

An estuary is a semi-enclosed body of water where fresh water rivers mix with sea water, become salty and eventually spew out into the ocean. The book focuses on those unusual fish species that can, to some degree, not only tolerate a fluctuating salinity but are able to thrive in it.

The tome is clearly written but peppered with academic referencing that could be annoying to the casual reader. It uses vocabulary such as a ‘macrozoobenthic assemblage’ that would stump most people but form part of the ichthyologists’ essential daily lexicon.

This is a book to be studied at your desk rather than browsed at the pool, but if you have a more than a passing interest in matters piscatorial, it is an excellent reference work.

To bridge the gap of understanding between the expert and the non-expert there is an excellent glossary that explains all the obscure terminology.

Whitfield richly illustrates his book with innumerable colour photographs, drawings, graphs and tables. He took a large number of the photographs himself, and contributed many of the diagrams.

The photographs are high quality and used to illustrate a point rather than for any aesthetic value. The drawings are accurate and will certainly help anyone identify whatever they have caught in an estuary, although I would have preferred it if the drawings were larger. In perusing volumes such as the Fishes of South African Estuaries, I enjoy seeing ‘before’ and ‘after’ pictures to help understand how an environment has been transformed. This book has several such photographs illustrating, for example, an estuary at low tide and at high tide; or a lagoon when it is closed off from the sea and when it is open to the sea.

There is a series of diagrams showing the Wilderness Lakes and how they changed over the last 9,000 years. The diagrams are more helpful than dozens of lines of text in understanding the transformation process.

There are also two diagrams showing the lay-out of Richards Bay in the 1960s before it was completely reshaped into a harbour and then what it looked liked after the extensive remodelling a few decades later.

The ‘Estuaries’ is not without an agenda as it unashamedly warns the reader of the consequences of human activity for the estuaries of our country. Whitfield is a conservationist and he wants everyone, not only the reader, to take greater care of these irreplaceable ecosystems.

He not only writes about the risks of reduced species diversity through local extinctions but also points out that there are fewer species in our estuaries, and those that remain are much smaller than they were only fifty years ago.

Fish are being caught before they are allowed to grow to full maturity; he therefore advocates ‘catch and release’ angling.

Whitfield argues that not only fisherman have to take care of our fish stocks but even farmers should be careful about allowing insecticides and herbicides to pollute our waters.

Overall, this is a wonderful book that will be treasured by students, professors and those who care about our environment.