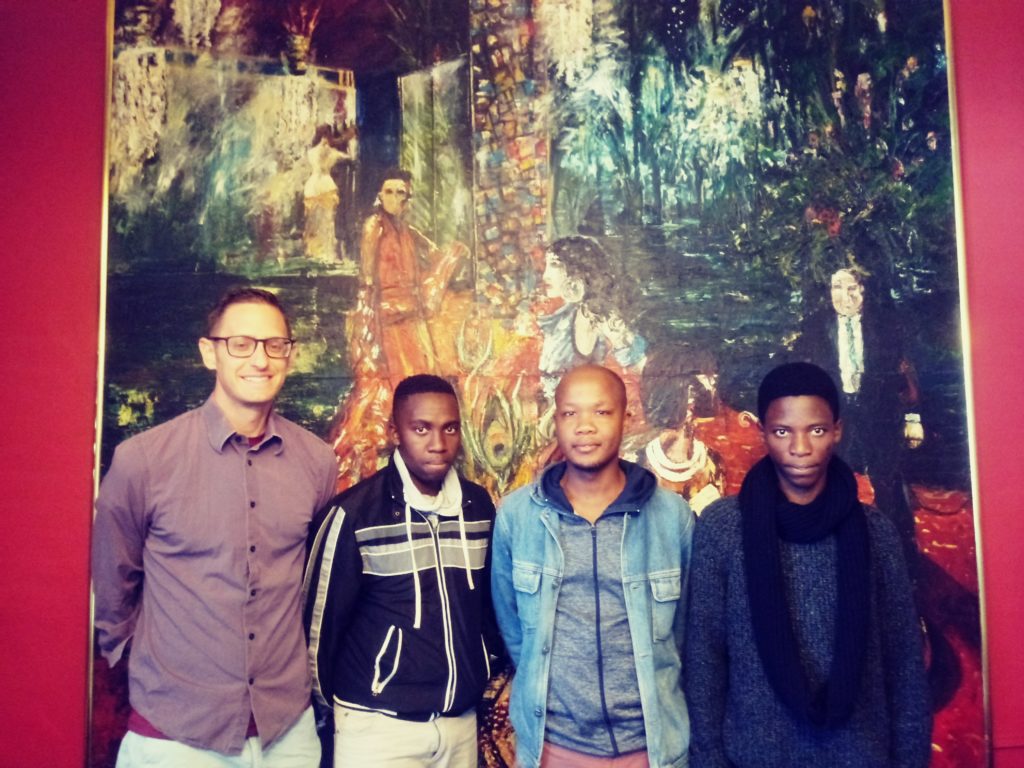 The Inkululeko project hosted a wine and cheese social on Wednesday 29 May at the Graham Hotel. Students from Syracuse University (SU) in New York travelled to Makhanda (Grahamstown) as part of their South Africa trip, the visit was planned by both local Inkululeko staff and those based in the United States.

According to the Board Chair, Nicole Osborne; the Inkululeko project aims to give learners the necessary support to graduate high school and progress to universities or into fields of their choice. The group is housed at Ntsika Secondary School and works with students in Extension 7 as an after-school program which offers academic support and teaches psycho-social and business skills.

Inkululeko was founded in 2011 by Jason Torreano; an American who spent time at Rhodes as an exchange student. Torreano works with five other people from Makhanda year-round and visits a few times per year, sometimes bringing students from universities abroad, like SU with him.

The project has an Inkululeko app which was created by a group of SU student consultants led by Kelsey May who worked from January to May this year developing the app. It has a learner portal that tracks attendance and also uses crowd source information to share information about the learners marks; this helps the people at Inkululeko track students’ results and progress which in turn helps them aid students in the programme better. The learner portal also makes it easier for people hoping to invest in the project to determine the magnitude of the difference that the programme makes.

“The folks that we work with are dedicated, motivated and want what all of us want, an opportunity to pursue what makes us happy, and Inkululeko helps level the playing field a little,” Torreano said.

Xolisa Jodwana, a staff member who grew up in Makhanda, says his motivation for being in the project stems from his observation that most local matriculants do not end up studying at Rhodes University. “I want to see more youth from Makhanda attending Rhodes University,” he said.

Another staff member, Madoda Mkalipi, said that he is motivated by his own experiences growing up in the township environment. “I grew up in the same environment where there were no mentors or tutors… there was no one to help when we faced academic challenges,” he said. He believes young learners need support for them to get motivated about their academics and to know they have people who believe in them.

May shares his sentiments as  says that all students need a support system which helps them through high school. They also need psychological support, which Mkalipi maintains is very helpful for teenage students.

“Once you work with kids, you understand that they need support; we went through the same stage as teenagers and it’s better when there are people to help with changes and challenges”.

Students can get involved with Inkululeko through RUCE as well as the app.

When asked about his reasons for starting the Inkululeko project and keeping it going for years Torreano answered simply, “why not?”