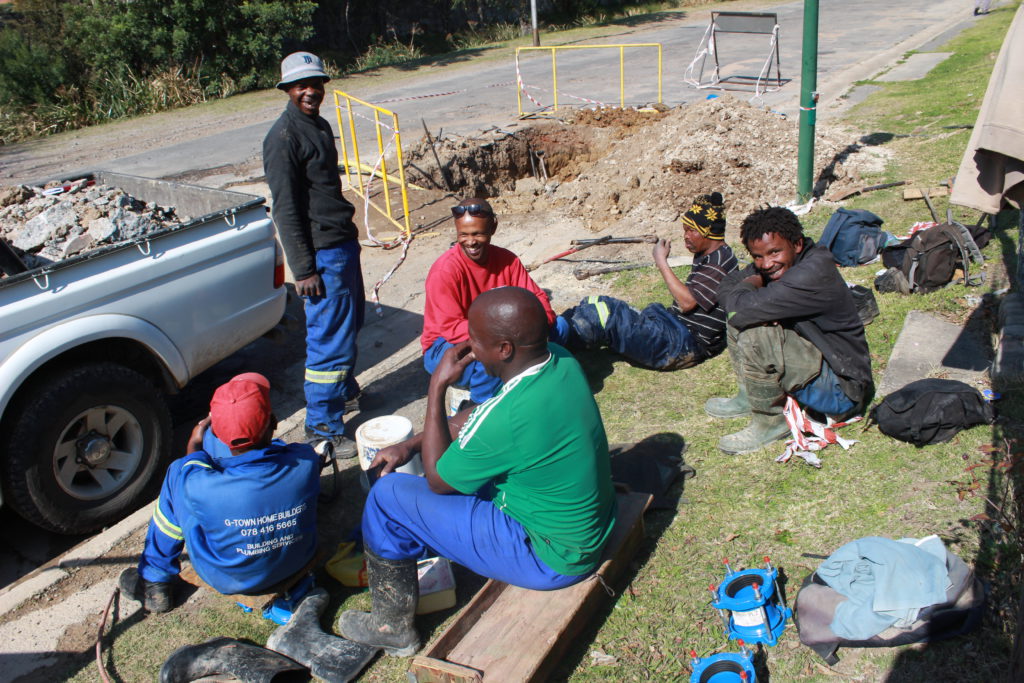 Grahamstown Homebuilders workers on lunch while fixing the water pipe on South Street at Rhodes. The municipality fixed before the Festival but they did not do a proper job. Pho: Phillip Nyalungu

The Eastern Cape currently has the highest rate of young people aged 15-34 who are not in employment, education or training, a staggering 47.1%. Ryan Hancocks reports

The official rate of unemployed in the latest quarterly labour force survey (q1 2019) reflects the stark reality of SA’s embattled economy with a jump of 0.5% to an official unemployed rate of 27.6%. At the outset this might not seem as significant given the country’s current battle with job creation, however, the Eastern Cape Province has been the hardest hit during 2018.

The Eastern Cape currently has the highest rate of young people aged 15-34 that are not in employment, education or training, a staggering 47.1%, up 3.4% alone on 2018. The closest contender to worse performance next to the Eastern Cape is the North West Province at 45.6%.

The bleak future of youth unemployment in the Eastern Cape, particularly in non-metro areas hits hard as local municipalities in the province struggle to deliver basic services and the Provincial Department of Education has a schooling backlog.

Secondary and Tertiary education provision have become a political flashpoint between youth and the government over the past years culminating in the ‘Fees Must Fall’ movement in 2015.

This reality is reflected in the 6.2 million unemployed currently in South Africa, of which 56% have less than a matric, 34.5% have only a matric exemption, 6.9% had a tertiary qualification other than a University, and 2.1% of those currently unemployed in South Africa were graduates.

Makana Municipality were approached for comment on the municipal plans to stimulate job creation in the area but were unable to provide a response at time of going to print.