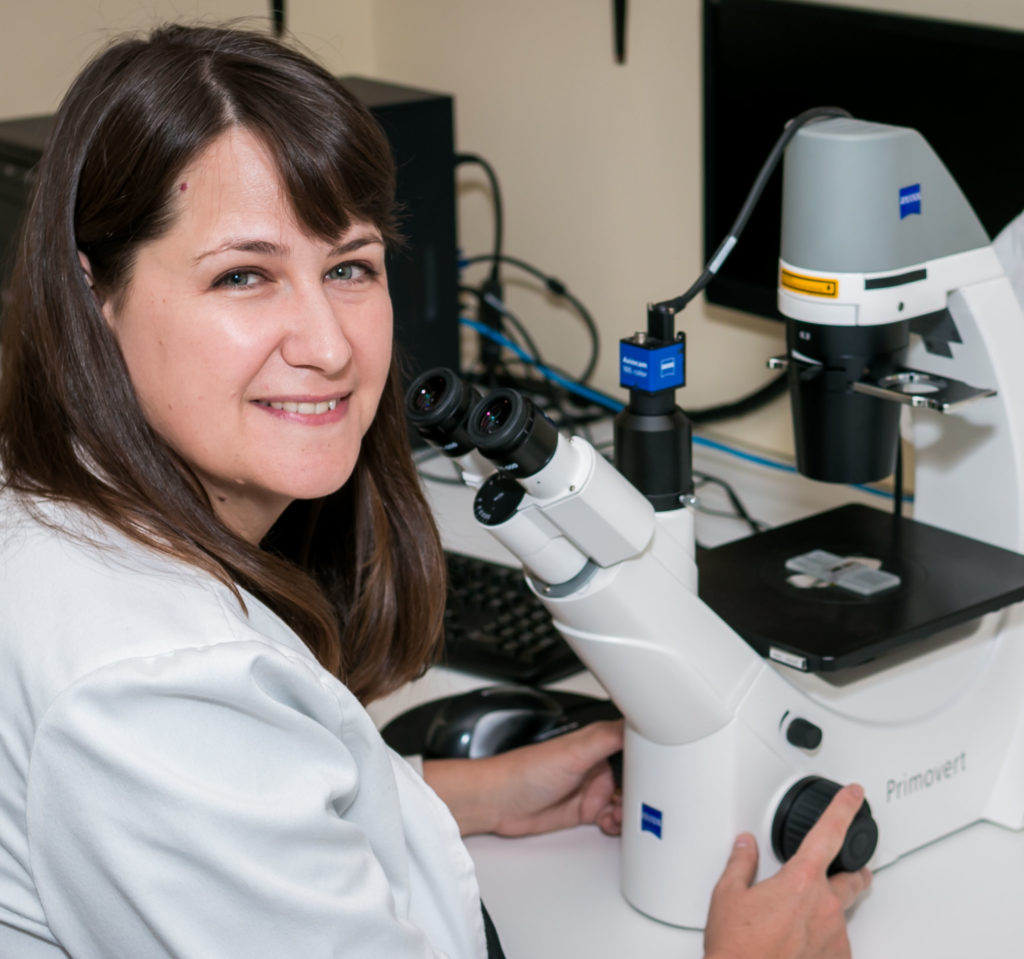 Rhodes University’s Professor Adrienne Edkins has received close to 2 million rand from the British government to tackle HIV-related cancer as part of an international initiative to understand and treat HIV related cancer.

Professor Edkins, the Director of the Rhodes University Biomedical Biotechnology research Unit and South African Research Chairs Initiative (SARChI) Chair for Molecular and Cellular Biology of the Eukaryotic Stress Response, is part of an international programme, which aims to provide opportunities for researchers in developing countries to foster long-term research partnerships with those in the United Kingdom (UK).

In Professor Edkins’ case, the programme enables her to collaborate with a top researcher at Leeds University, Professor Adrian Whitehouse, who is an expert in the molecular biology of a virus that causes Kaposi sarcoma (KS) in AIDS patients, called the Kaposi sarcoma herpesvirus (KSHV) and Dr Anisa Mosam from the University of KwaZulu Natal. This award supplements the Academy of Medical Sciences Newton Advanced Fellowship she received in 2018.

The scientists from the three institutions are among the 15 research consortia awarded a total of £7 million as a challenge-led grants, addressing resilience challenges facing developing countries. The awardees cover research ranging from tsunami resilience and a circular economy of sanitation, to fishery stewardship in a warming climate and to a clearer understanding of HIV-related cancers.

Launched as a cross-academy initiative by the UK National Academies -The British Academy, the Royal Academy of Engineering, the Academy of Medical Sciences, and the Royal Society – the grants aim to foster collaboration between countries, with each consortium being composed of one research group from the UK and two from developing countries. The grants are part of the Global Challenges Research Fund (GCRF), a £1.5 billion fund initiated by the UK Government to support cutting-edge research and innovation that addresses the global issues faced by developing countries.

Professor Edkins’ consortia is attempting to tackle a virus that causes Kaposi’s sarcoma, a skin cancer that is common amongst those with HIV. Kaposi’s sarcoma is caused by the virus Kaposi’s sarcoma-associated herpesvirus (KSHV), and it predominantly affects people between the ages of 20 and 49.

According to the American Cancer Society, in some areas of Africa, up to 80% of the population shows signs of KSHV infection and it has no antiviral drugs or vaccines to prevent it. The new project aims to improve the health and resilience of disadvantaged populations across sub-Saharan Africa.

Professor Edkins said she is very excited about the research because it is an unmet need. “In terms of the biology, it’s very important to understand the relationships between infectious agents like viruses and cancer, because often these two are not associated. I also think that cancers where there are infectious agents hold promise for treatments, because if we know what causes the cancer, so it helps you to try and develop the therapy. I am therefore hopeful that the protein we have chosen as a drug target has a great potential. Some of the preliminary data that we have suggests that it will be a good target,” she said.

Professor Whitehouse said: “By understanding how this virus manipulates the human cells it infects, which allows it to replicate, we can start to design a drug that could help to stop this cancer from developing.”

Professor Edkins and the team will use their expertise in chaperone biology, viral oncology and drug discovery to try to identify an opportunity to disrupt the virus and prevent replication.