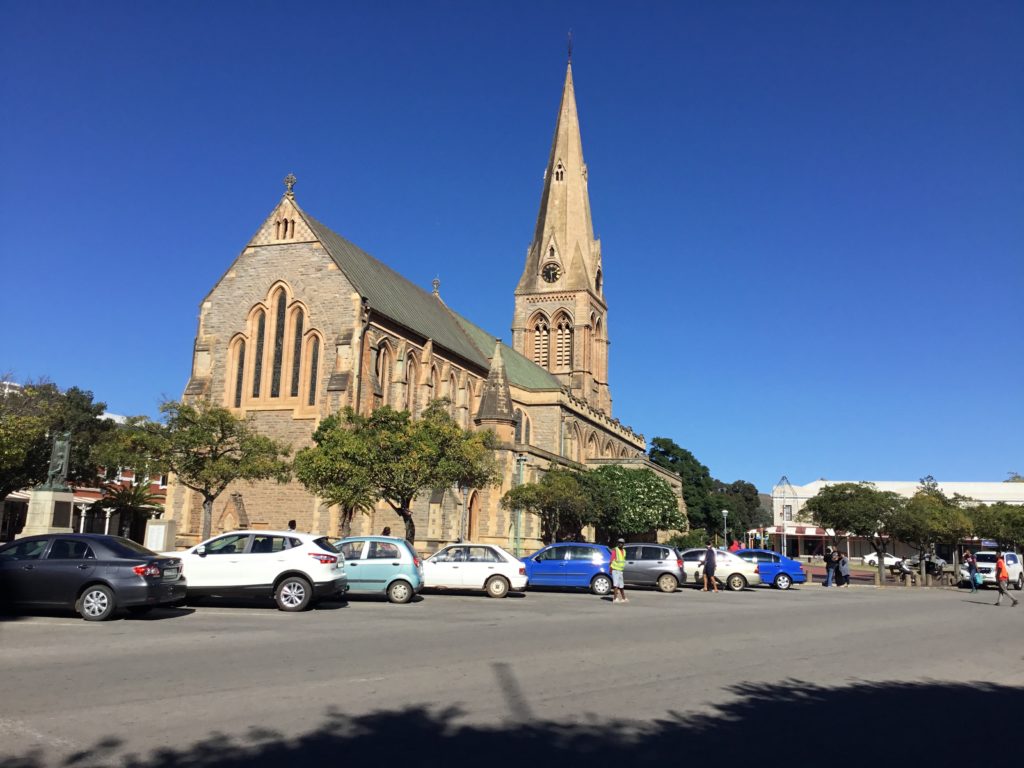 The Cathedral of St Michael and St George in Makhanda. Photo: Matthew Jennings

2019 will see Spiritfest celebrating the Arts in the context of the Christian faith with an array of new items, along with the familiar favourite performances and events. Spiritfest runs throughout the National Arts Festival, from 27 June to 7 July.

Spiritfest favourites which return this year include the Lucernarium, St Michael’s Marimbas and familiar Sunday worship services. Bell-Ringing in the Cathedral Tower, which has been part of Spiritfest for many years but unfortunately was missing last year, is making a return to the programme.

New to Spiritfest this year on the worship side will be a Feesdiens met Drama (festival service with musical drama) at the NG Kerk, along with a service at the River of Life church.

Bringing new combined harmonies to the Music section will be the Quava Vocal Group and the Makhanda Kwantu Choir, both award-winning South African choirs and Diploma award recipients from the World Choir games in Pretoria in 2018, who will come together in a spectacular choral extravaganza. Christopher Cockburn, on the staff of the UKZN Music Department and a former Director of Music of the Grahamstown Cathedral, will be presenting us with an organ recital titled ‘Toccatas, Adagios and Fugues’.

Visual Arts will see the return of the 40 Stones in the Wall group exhibition with two venues this year, featuring works of young artists from across the country who will explore and share with us the relationship between faith and artistic practice. A solo Exhibition by Heidi Salzwedel titled Delve/Delft will exhibit drawings of the two towns (in the Netherlands and South Africa) in relation to history, place and spirituality. Chris Mann and Julia Skeen will present ‘The Horn of Plenty’ which will be a viewing of Skeen’s paintings accompanied by Mann’s poems.

Winter school lectures and discussions will be presented by Fr Anthony Egan SJ, professor Paul Walters, Revd Dr Andrew Hunter and Thorsten Marbach. The topics covered vary from Christian public witness between Pope Francis and Donald Trump, ‘For God’s sake hold your tongue and let me love: The many loves of John Donne’, ‘Student protests, mediation and peace-making at Rhodes University, 2015–2016’ to ‘Why God loves art: the role of the arts in God’s big story’. During this week stained glass expert David Manning will give a tour of various features of both the Cathedral and the chapel windows of the Saint Andrew’s school Chapel.

There is no entrance charge for any Spiritfest events but generally a retiring collection will be taken.