Rule of the thumb and your vote 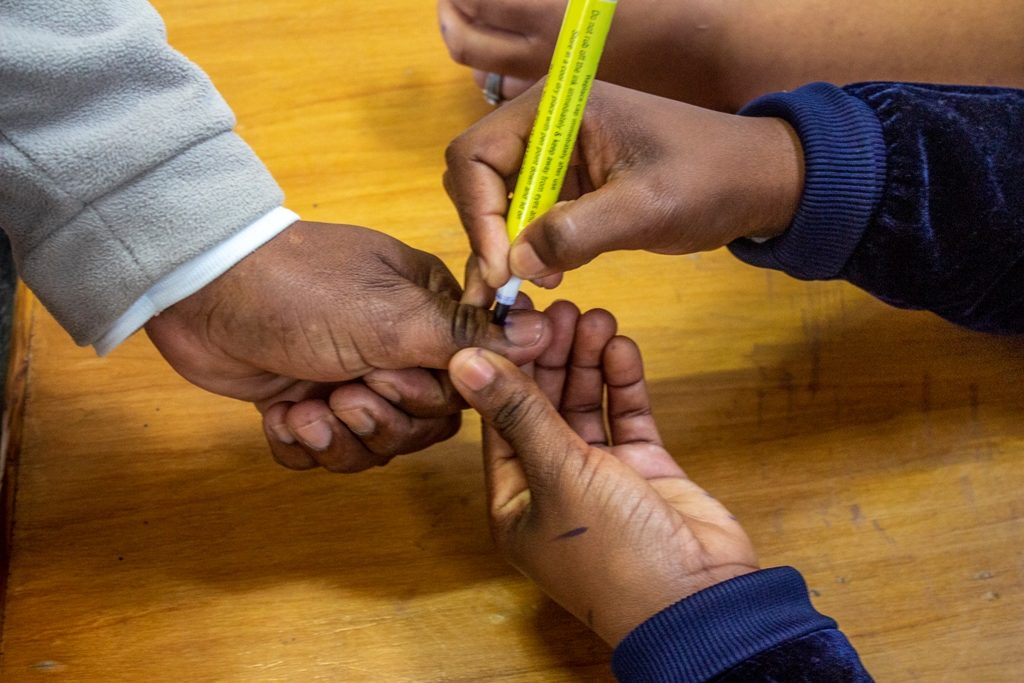 A voter has their thumb marked ahead of casting their ballot in Alicedale on 8 May 2019. Photo: Daniel Goldberg

A little mark on your left thumbnail, made with indelible ink to show that you have voted, has been the focus of controversies in the current elections.

One aspect of the notorious mark is whether it is OK or not to have manicured, or false nails. Social media, as always, picked up on the issue and relayed stories about people who were not allowed to vote because of their fake nails.

Some were supposedly told to pull, or scratch the nails off; while others pointed out that you could still have the mark on your cuticle even with false nails. The matter came to a head, as it often does, with EFF leader, Julius Malema.

He was outraged when an IEC official gave his wife a pair of scissors and told her to cut the false nail off. Malema pointed out that nowhere in the IEC rule book was there a requirement preventing people with false nails from voting.

The IEC has subsequently agreed that there is no need to stop a person from voting because of the status of their thumb nail.

The little purple mark was the focus of an IEC briefing in a different context. Late on the night of May 8, officials were grilled about the validity of the mark as a security measure. Several people pointed out that the type of pen they are using this year is not very indelible. The ink washes off quite easily and anyone can claim that they have not voted.

This chink in the IEC’s security armour raised questions about other aspects of methods employed to prevent people from voting twice.

The IEC acknowledged that there had been allegations of two separate cases of double voting but pointed out that there are various layers of security to protect the integrity of the voting process. These layers include:

It seemed that the media was making a mountain out of a molehill. There were only two allegations of double voting, but many analysts felt that these two were only the tip of the iceberg – surely there must be more?

The real problem is that the South African IEC is using an antiquated system to ensure the integrity of the election. The purple mark was apparently first used as a security check in the Indian elections of 1962.

Since then many sophisticated electronic methods have been developed to ensure that no one is allowed to vote twice. The IEC allowed that there are more sophisticated methods on the market but said it has been considering them for several years.

Officials pointed out that some countries had gone digital too soon and after embarrassing failures, had to revert to tried and tested analogue systems.