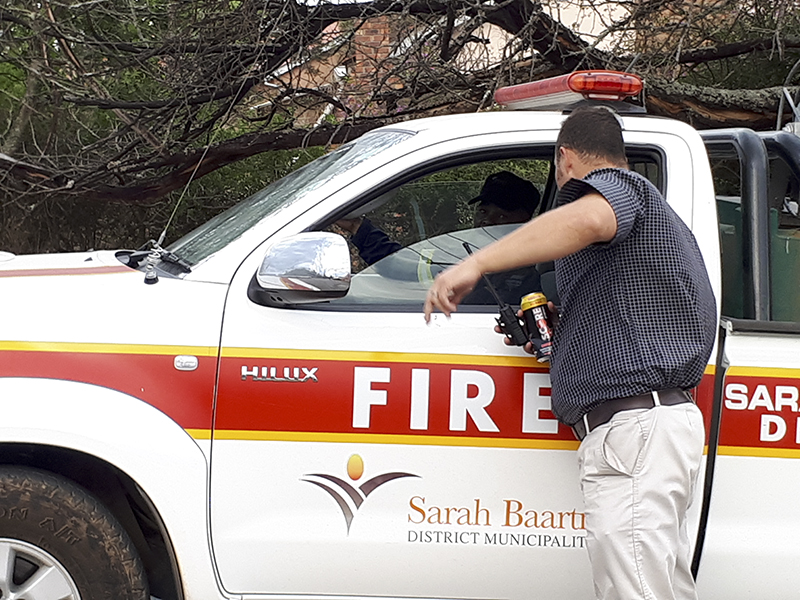 The Sarah Baartman District Municipality (SBDM) in conjunction with the Eastern Cape Provincial Disaster Management Centre (EC-PDMC) a directorate within the Department of Cooperative Governance and Traditional Affairs (COGTA) has announced that due to the Veld Fire Season and prevailing drought conditions, no burning or open fires as defined are permitted as follows:

Burning will be allowed under the following strict conditions:

or the Sarah Baartman District Municipal Disaster Management Centre at 041 508 7048 / Toll free 080 022 2238, Fire Protection Associations, alternatively to the Ambulance services at 10177, South African Police services at 10111 and the Public Emergency centre at 112.

Any persons contravening this notice may be liable and face prosecution under the Fire Brigade Services Act 99 of 1987, National Veld and Forest Fire Act 101 of 1998) or any other applicable legislation.