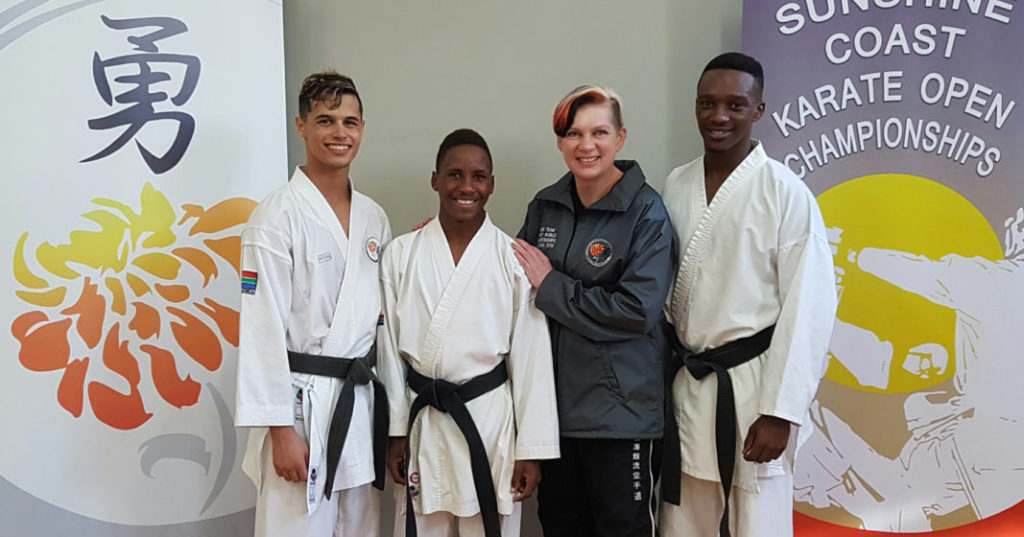 United Shotokan-Ryu and its affiliate, East Cape Shotokan-Ryu will convene the first Round of the 2019 Sunshine Coast Karate Open Championships (SCKO) at the Boardwalk Hotel’s Tsitsikamma Room on Saturday, 4 May.

According to organiser and USR Chairperson, Gary Grapentin, approximately three hundred athletes of all ages and belt levels will compete in individual kata (forms) and kumite (fighting) categories catering for novice, intermediate and elite levels. Eastern Cape Karate Dojos will be well-represented, with athletes also expected from the Western Cape, Garden Route and Gauteng.

The Men’s Open Kata and Kumite promises to be an exciting and action-packed category. Athletes in this category include Lutho Singata, Brent Smith (both Rhodes University Shotokan Karate Club) and Thanduxolo Royi (Joza Karate Club). The trio have also been selected to represent United Shotokan-Ryu at the WUKF World Championship in Bratislava, Slovakia from 20 to 23 June. Grapentin believes that Saturday’s Championship will be an excellent event for them in their ongoing preparations for the World Championship. In 2018 Singata became the first South African to win a medal (bronze) in a senior men’s kumite category at the WUKF World Championship which was held in Dundee, Scotland.

The Boardwalk Hotel will provide a luxurious and atmospheric setting for the Championship. The Championship venue will comprise four competition arenas with comfortable ring-side seating for spectators. The venue opens its doors to the public at 07:15am with the first categories commencing at 8:30am. The Men’s Open Categories are expected to start at 9am with the Ladies Open Categories taking place in the afternoon. The Championship is expected to conclude by late afternoon. The entry fee for spectators is R50 for adults and R30 for under 18’s.

The second round of the 2019 SCKO Karate Championship Series will take place at the Fish River Resort on 27 July 2019. For further Championship enquiries, Grapentin may be contacted at garyg@geenet.co.za.