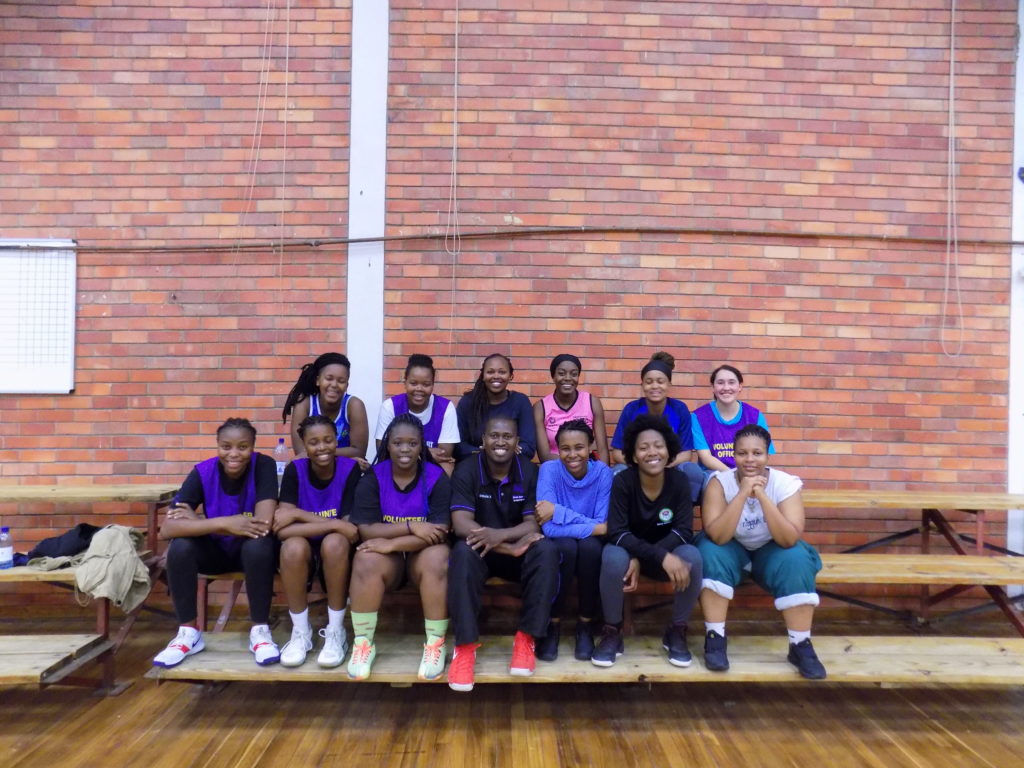 Rhodes University’s Girls Basketball coach, Xolisa ‘X’ Kula was recently promoted from Assistant Coach to Coach of the Eastern Cape Windbreakers, the Provincial Basketball side. Kula has brought success and prominence to the Girls Basketball team and hopes to translate that into a winning cycle for the EC Windbreakers.

The Rhodes basketball coach does not wish to enforce any radical changes but rather hopes to capitalise on the talent in Eastern Cape. “It’s just matter of getting them [the players]to play as a unit,” said Kula. He believes his careful planning and research will allow him to have an edge over the competition, bringing a much-needed attention to detail attitude that the EC Windbreakers can benefit from.

Kula’s plan to quicken the team, institute a running game and increase the top side will bring a fast-paced game to the Windbreakers. Kula believes in the ingrained talent that the Eastern Cape holds is not being used to its full potential. He wants to ignite their passion and “make the players believe in themselves”. His optimistic view for the Windbreakers is to have them reach the quarterfinals this season. After the abysmal display of no wins out of five matches last season, he has his sights set on a more rigorous pre-season and a more dedicated team.

When his team talk about him the word “passionate” is constantly echoed. Lunga Dikana, the captain of the EC Windbreakers, has high hopes for the coach, saying, “He [Kula] brings a style of play of modern basketball…winning more games for sure.” Dikana believes the wisdom and care Kula is known for will take the EC Windbreakers to new heights.

Arnold Mlandeli, Windbreakers power forward and Rhodes Basketball assistant coach, stated, “Coach’s willingness to listen and learn is his main power”. Mlandeli believes that while Kula might come off as arrogant, he is actually quietly confident in his ability and humble, who can easily take criticism and work with it. The players also believed he has the ability to push them as no other coach has.  The previous coach, Coach Bulelani “Paper” Mahomana is optimistic for the Windbreakers, warning Kula “to put his foot down and push his players to work harder than before”.

Kula’s love of Basketball has been instilled in him since the age of 14, by his coach Sipho Mkane. Entering the coaching position at the young age of 22, he is now coaching the provincial side at only 34. His respect for the game and fellow coaches has related to a strong relationship with his players. Kula is excited about the prospect and his belief in the talent of the Eastern Cape Basketball Players is unbreakable. He describes Basketball as the game where “you can never sit down” and one of the most exciting games to grace our courts.

The future of basketball in the Eastern Cape looks bright. With Kula holding the reigns to the new season one can hope that the Rhode’s magic is translated into wins for the provincial team..

Previous ArticleWhat happens to the ballot papers after voting?
Next Article Nothembile Mali won seeds for her well-kept garden