Do you want a T-shirt? 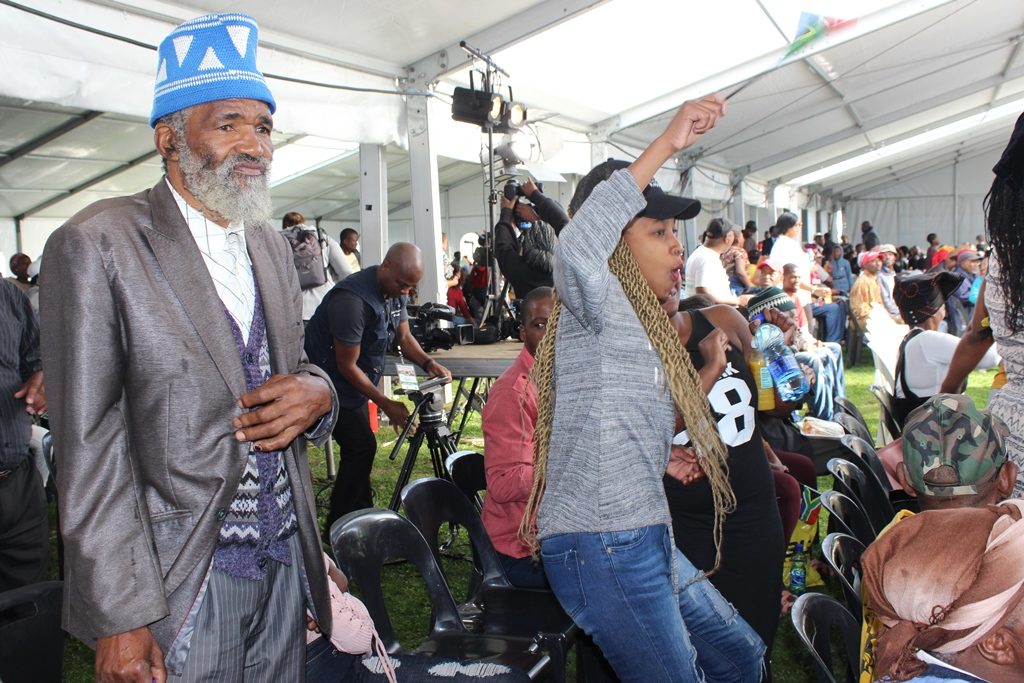 Different generations have different perspectives on the value of voting at next week's national and provincial elections. Photo: Steven Lang

Major parties in South Africa appear to have a blind spot when it comes to the youth vote in next week’s elections. They claim to be serious about the interests of young people, especially would-be first time voters, but they seem to be missing the mark.

A group of about 70 journalism students shared and analysed this gloomy perspective at two deliberation forums organised by Rhodes University lecturer, Rod Amner. The focus of the forums was to identify problems around youth participation in formal election politics and to weigh up the options available to them.

While the students’ comments do not scientifically represent the views of their peers throughout the country, they are indicative of the sensitivities underlying their thought processes. It was clear from the outset that young people feel alienated from the political process and have little trust in institutions set up and run by older generations. The generational gap is not inherently unique in the world but it has taken on new relevance in this country.

A common thread through many of the comments was about the negativity of the messages the youth are exposed to. Politicians always seem to be pointing out the faults of the other parties so that students only know about the failings of the various parties.

This negativity bias is particularly true on social media, where young people live and learn about the world. The youth are constantly communicating with each other on social media where they receive more negative DMs, Tweets, chats and other types of messages about the parties than any positive information.

One student said that social media has conveyed the message that every single party is corrupt: “There is no hope for South Africa, so why vote?”

Students said that campaigners were too busy pointing out the negatives in the other parties “but they are not offering us anything”. The parties are unable to offer changes that young people can relate to.

Many of the students felt that this negativity bias only caused confusion, which in turn led to apathy, or the feeling that it is so difficult to choose so they won’t do anything. One particular student even takes advice from a popular magazine that offered its readers a guide on how to match preferences to political parties.

In many cases, this sense of confusion was exacerbated by a generational gap. A young woman spoke for many when she said, “It has to do with our parents who teach us to vote for one party for historical reasons, but when we reach an age where we can think for ourselves we come to different a conclusion from our parents – and this contradiction creates confusion. So we just don’t vote then.”

Several speakers criticised party manifestos as being too long and turgid. They agreed that no one would read through them all just to find out which party is most suitable.

“I don’t know enough about the political parties” was a common thread at the forum, but there appeared to be little motivation to find out more about them.

The decision not to vote can be seen as a protest against the lack of choices offered or, as one person put it, “My vote is not to vote”.

Some students admitted that they could not be bothered to get involved in the political process. A young man put it succinctly, “We don’t care enough. We are too comfortable. I am in my comfort zone and I’m doing just fine.”

The issues that kept coming up in the forum – employment and education – reflect concerns expressed in many debates and meetings held nationally.

As the group was made up mainly of first-year students, they were not immediately concerned about employment prospects, but several said that parties promised jobs before the elections but were likely to be dismissive of the issue after the voting.

They also said the promises of jobs were empty because they did not contain any specifics about where the jobs would materialise.

As students it was not surprising that many of those at the forum felt that none of the parties had appropriate policies for affordable, quality education.

A young woman summed it up by quoting a clichéd campaigner: “I’m here to help you. Do you want a T-shirt?”