Moon cakes, a week in Russia and one Cuban cigar 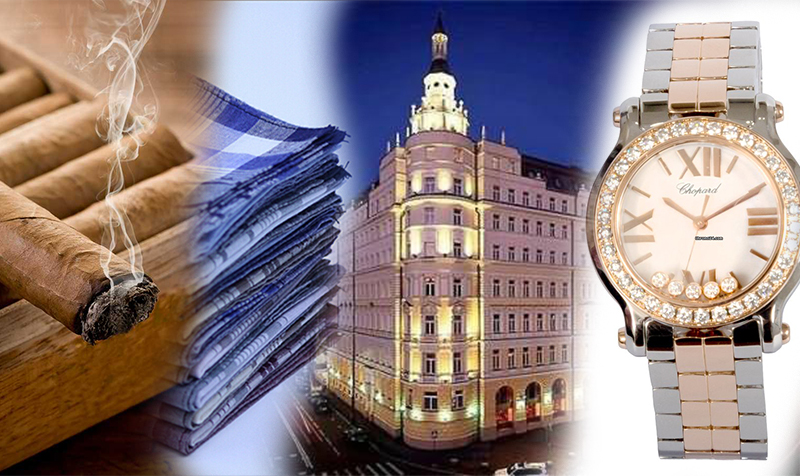 The Joint Committee on Ethics and Members Interests says that the aim of this register is to create public trust and confidence in public representatives and to protect the integrity of Parliament.

This article contains a few observations that may be of interest to the readers of Grocott’s Mail.

Minister of Water and Sanitation, Gugile Ernest Nkwinti, who originally hails from Grahamstown, lists three properties in Grahamstown (not Makhanda) of 3.1, 103 and 5.8 hectares respectively. He also has a 1 670m2 residence in Kent-On-Sea [sic].

His declaration is more detailed than most MPs containing items such as: six cartons of milk cheese from the Keiskamma Dairy and Cheese factory; a small beaded tie; two packs of two-minute noodles; a 2GB memory stick (empty) given to him by the Sarah Baartman District; a travel cup and a Tao Doll, among other gifts.

Keeping things local, Ross Purdon of the DA holds a 40% stake in a real estate business in Port Alfred. Terri Stander of the same party owns two properties in Port Alfred, while Phoebe Abraham-Ntantiso owns one residential property in that town.

Cedric Frolick, an ANC MP from Port Elizabeth, who was frequently linked to the Bosasa company in the Zondo Commission hearings, received business class tickets to Russia and seven nights’ accommodation in a four-star hotel so that he could watch soccer matches in that country. He had several other trips where he stayed in four-star hotels.

Energy Minister, Jeffrey Thamsanqa Radebe lists a Chopard watch of unknown value given to him by the government of Saudi Arabia. If he wanted to be totally forthright on his declaration he could have used the iPad given to him by the OPEC Secretary and gone to the Chopard website where detailed price lists state the cost of each model. There he could have determined the precise value of the gift, but since he did not do so, we went along to the Chopard website to get an idea of how much you could expect to pay for such a timepiece.

We found that the prices varied from the an ‘el cheapo’ wristwatch at R22 000 to the Chopard Imperiale at R7 061 574 [Yes that’s R7 million and a bit: checked – subeditor]. Radebe doesn’t list which one he got, but a brief perusal of the website shows that an average run-of-the-mill watch costs around R400 000 – and we know that the Saudis are usually quite lavish in their generosity.

Incidentally, we also note that the Pastor of a Grahamstown Methodist Church presented a gift of ‘handkerchifs [sic]a tie and a medal’ to Radebe.

He further lists ‘Beluga Gold Line Wine’ as a gift from the Russian Ambassador. We were not able to find such a product online, but there is an expensive brand of vodka that goes by the name of Beluga Gold Line

The most expensive gift on the Register appears to be a BMW X5 valued at R864 000 that Nehawu gave to Fikile Majola. There is no explanation required for the Union’s largesse.

One of the most frequently cited gifts on the list was Cuban cigars. It would seem that the Cuban Ambassador has been generous with his country’s most famous export and that quite a few MPs should be warned of the health risks of smoking. Although senior DA MP, John Steenhuisen, received his cigar (singular) from a Mr C.M. Ramaphosa.

Steenhuisen also received a number of expensive contributions from a non-governmental organisation – Sulabh International. These gifts included flights and accommodation of unknown value, a R4 000 Apple watch and R1 200 worth of books. We always thought that ‘impoverished NGOs’ was a tautology.

The list is replete with mysteries, and it appears that most MPs do not take the responsibility of completing the form seriously. Why do some MPs receive over 30 gifts in the year while most others have none? Is it because some MPs are really popular or is that others simply don’t bother to declare their gifts?

Most MPs only made half-hearted attempts at filling in the register properly, and I doubt that many of them have been verified with SARS. For example, Yunus Carrim, a former Minister of Communications, an ANC MP, and a member of the SACP,  reveals that he has shares in Old Mutual, Sasol, Sanlam, Vodacom and MTN. Yet he does not fill in the columns for the number of shares, their nature nor their nominal value. Why bother?