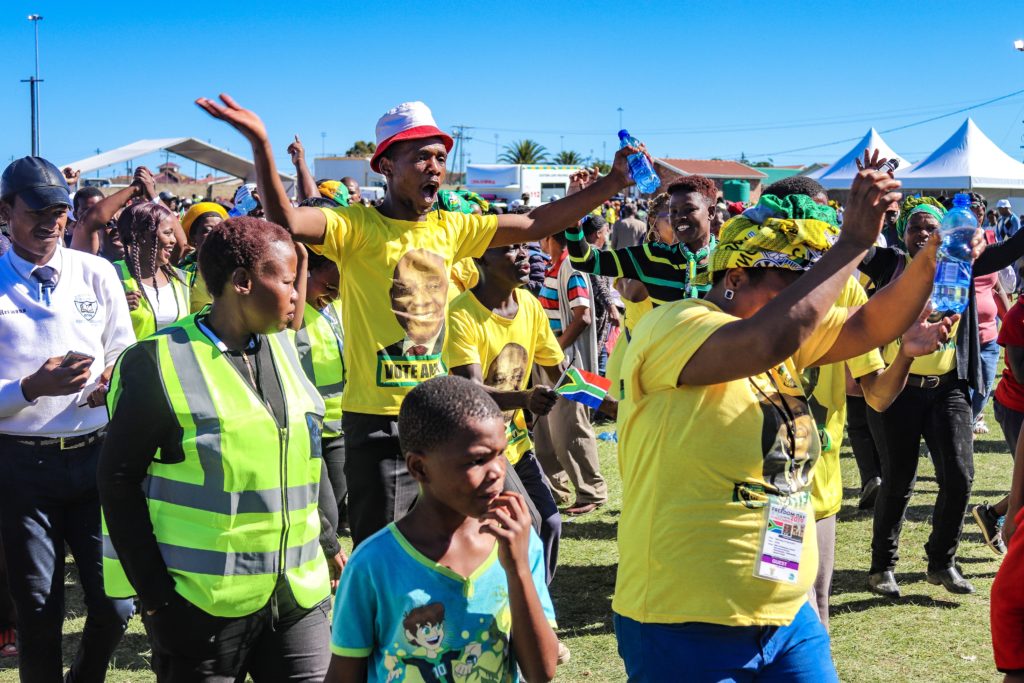 ANC supporters and other members of the public celebrate 25 years of freedom at the 2019 Freedom Day event at Miki Yili. Photo: Stephen Kisbey-Green

Miki Yili Stadium in Extension 5 was the safest and most festive place to be on Saturday 27 April – but not if you were carrying placards, or wearing a red-and-green beret or T-shirt. The Grocott’s Mail team reports.

Inside the cool 10 000-seater double marquee, South Africa’s 25th National Freedom Day revellers and VIPs sang, danced and podium-spoke  through a programme that featured  the pride of Makhanda’s (Grahamstown’s) artistic talent. For locals and visitors, a highlight of the day was the performance for the President by Kwantu Community Choir led by Kutlwano ‘Kepa’ Kepadisa, which had the President up on his feet and dancing with them on the stage.

The centrepiece of the day’s programme was President Cyril Ramaphosa’s speech. He recalled the hope and excitement of the country’s first democratic elections and said South Africans should reflect on how far they had come. Around 9000 South Africans were inside the marquee. Another 5000 were within the security checked precinct outside, where many gratefully received food packs of chicken, bread and a piece of fruit, along with a bottle of water.

A range of government services was available outside the main tent, with the Eastern Cape’s Makana District Health Department offering health checks, alongside Home Affairs, Social Development and others. The IEC were there too, to answer queries from members of the public about the 8 May general election.

Inside and outside, mini-SA flags were handed out.

Security at the venue and on routes through the city was extensive, with Public Order Police remaining deployed at Soccer City in Raglan Road throughout the day. National, Provincial and local traffic police guarded other intersections on the route, alongside military police. Inside and outside the marquee plainclothes officers kept a professional eye on the crowd, while anyone entering the security perimeter was searched and their bags put through X-Ray machines while they walked through a metal-detector frame.

Makhanda and Freedom Day were wedged between Ramaphosa’s Eastern Cape campaign stops at Buffalo City – East London and King William’s Town – as well as Gxuwa (Butterworth). A senior party member told Grocott’s Mail the President had been due at another event in Uitenhage after the Miki Yili Stadium celebrations. Many in the main tent wore ANC regalia. Outside, the South African National Defence Force provided an impressive Guard of Honour for the President, with a gun-salute that echoed across the city, flag-bearing helicopters, fighter-jet fly pasts and an air display.

The crowd burst into Ramaphosa’s campaign song, ‘Phakama Ramaphosa’, when he walked into the venue around 11am.

Members of Eastern Cape royalty had VIP seats including amaNdlambe chiefs and the NamaKwa Traditional House of the Eastern Cape.

Senior SANDF and SA Navy officers filled a seating block and clergy filled two or three rows in the next block.

Somewhere near the ambassadors and foreign diplomats, Project Manager from Gift of the Givers Ali Sablay sat quietly with the organisation’s hydrologist Gideon Groenewald. The organisation came to Makhanda’s rescue at the height of the water supply crisis earlier this year and have drilled a number of boreholes that need to be connected.

Among those close to the podium were Makana Mayor Mzukisi Mpahlwa and Sarah Baartman District Mayor Eunice Kekana, who was a lively and solid MC. Also from the District was Municipal Manager Ted Pillay.

Ramaphosa sat between Eastern Cape Premier Phumullo Masualle and many of the home crowd warmly greeted former Makhanda local, Minister of Water and Sanitation Gugile Nkwinti, before he took up his VIP spot.

The President asked those in attendance to stand for a moment of silence for those who lost their lives in the recent floods in the Eastern Cape and KwaZulu-Natal provinces. On Wednesday, he had announced that relief funds would be made available to assist communities and families affected. He also said his thoughts were with the people of Mozambique following the landfall of Cyclone Kenneth.

Arts and Culture Minister Nathi Mthethwa, who preceded the President on the podium, said the democratic dispensation had brought freedom of expression and the restoration of dignity. “We should be happy and be free that we are able to express ourselves in whatever way and that is a great achievement,” said Mthethwa.

Two protesters who were allegedly grabbed and pushed by police and the President’s security detail outside the stadium, as well as those earlier subjected to – according to the protesters, rubber bullets; according to the police, stun grenades – would have strongly disagreed.

A poster circulating on social media during the two days leading up to the event called for residents to gather at Soccer City in Raglan Road at 11am. The contacts given were the organisers of a petition that 22000 Makhanda residents signed late last year calling for the Makana Council to be dissolved. The poster read:  “Makhanda people are crying for freedom! Demand good governance!…Let’s meet our President.”

Around 4am on Saturday 27 April, some residents erected burning barricades at the intersection of Albert Street and Dr Jacob Zuma Drive, which would later be Ramaphosa’s route.

Unemployed People’s Movement leader Ayanda Kota told Grocott’s Mail, “We heard Ramaphosa would be taken via the N2 directly into stadium. That would mean he wouldn’t see the potholes, leaking sewage and squalor that people in Makhanda are living in.

“It would be a case of out of sight, out of mind,” Kota said. He wouldn’t see the hardship and deprivation. So some comrades took the decision to barricade the access road [so he would have to go up M Street].”

At 6am the police had arrived and dispersed the protesters with rubber bullets, Kota said. Some left, but returned, their numbers doubled, around 8am.

“Some brought buckets of poo to take with them.”

However, the police had returned and again dispersed the protesters with rubber bullets, Kota said.

The President’s convoy eventually passed Soccer City around 10am.

“People shouted and swore at the convoy,” Kota said. “The main message they wanted to get across was that this municipality is failing us.”

It was around that time that three protesters with placards and a banner were allegedly pushed and grabbed by police and members of the President’s security detail outside the stadium.

One of three women involved in the incident, Cindy Deutschmann, said they were standing opposite the stadium entrance when  five security personnel – two men from the President’s security detail  and three female uniformed SAPS officers – approached her, demanding a set of placards she was holding.

Deutschmann said they had grabbed her and wrestled the placards off her, pushing and grabbing her as they did so.

“I am going to lay a charge of assault against all five officers,” said Deutschmann soon after the incident. She said she would also be speaking to a lawyer about a possible civil action.

She later confirmed she had laid charges of theft and assault against members of the presidential protesction unit, and common assault against three female uniformed South African Police Service officers.

The irony for Deutschmann is that one of the security detail allegedly involved in the Freedom Day incident had helpfully offered to take photographs of her with Ramaphosa during his May 2017 visit to Makhanda.

“It just shows what happens when you become President,” Deutschmann said.

Deutschmann’s followed a charge of assault and theft already laid at the Joza Police Station by fellow protester Daphne Timm, who had a similar experience.

Timm said the picket had not been directed at the event, but was instead a plea for the President’s intervention to help Makhanda.

Fellow protester Sally Price-Smith said, “The actions of these officers were both inappropriate and unreasonable.”

A source said the group had been entirely open with the police and had even, at the request of the police, briefed Presidential Security about their plans.

“The ANC will think this fight is directed at them – but only because they are shielding the useless councillors.”

Kota is the applicant in papers served on Court papers served two months ago on Makana Municipality, with the MEC and Minister for Co-operative named as co-respondents, calling for the Provincial Executive to urgently implement Section 139 (1) (c) of the Constitution and dissolve the local Council.

Police Spokesperson Captain Mali Govender confirmed charges had been laid in connection with the incident outside the stadium.

Regarding the earlier incidents, she said Public Order Police had used  stun grenades to disperse people who were blocking the road by burning tyres and throwing rubbish in it.

A group of around 25 EFF members toyi-toyied along Ncame Street north of the stadium around midday. After the main programme, they entered the main marquee where the audience was being entertained by various artists.

A duelling toyi-toyi standoff with a group in ANC regalia remained peaceful, with the EFF group led by a smiling Siyamthanda Dyantyi at one point dancing with the ANC group to the sounds of Bob Marley’s ‘One love…. Let’s get together and feel all right’.

Dyantyi, who is the Provincial leader of the EFF and a PR councillor in Makana Municipality, told Grocott’s Mail the group had not been allowed into the stadium earlier – “because we were wearing our red T-Shirts”.

Of the event, Dyantyi said, “Today’s event was not a freedom’s day event for all South Africans, it was an ANC campaign and again it’s sad because after today things will go back to what they were before. The visit of the outgoing president did not bring anything new to the residents of Makhanda. The social ills will continue, we will still drink unhealthy water, rubbish will be collected once a month if they will collect, the jobs that their president spoke of will continue to benefit few.

“The former liberation movement which is the ANC has been in power for 26 years now. They have failed dismally to convert political freedom to economic freedom for the poor and the marginalised.”

Many of those interviewed who were able to attend the event felt it was an inspiring morning well spent. Most commented on the peaceful and friendly atmosphere in the crowded venue, and praised the logistics and security.

“It was preceded by a number of traditional programmes that seek to reconcile the [tensions among diverse citizens] of the area.

“It presented hope to the people of the area that their plight is not ignored. The speech of the President was balanced and inspiring.”

Of the fact that most people were wearing ANC regalia, Matyumza said, “We never prescribed to people what they must wear. I think because of their consciences and because it was Freedom Day, they chose to wear the regalia of their own organisation.”

He said of the 10 000 people at the event, the Makana Subregion had delivered 9000. “There were around 300 from Ndlambe, and some from Sundays River.”

“If this was a political programme, I can assure you that we as local leadership were going to be there with the President on stage. Indeed, the President didn’t meet us as an organisation – he met us as Government to be briefed on the issues in Makana,” Matyumza said.

“He is aware of the issues [in Makhanda]and if he has made a commitment, I can assure you he will follow it up. 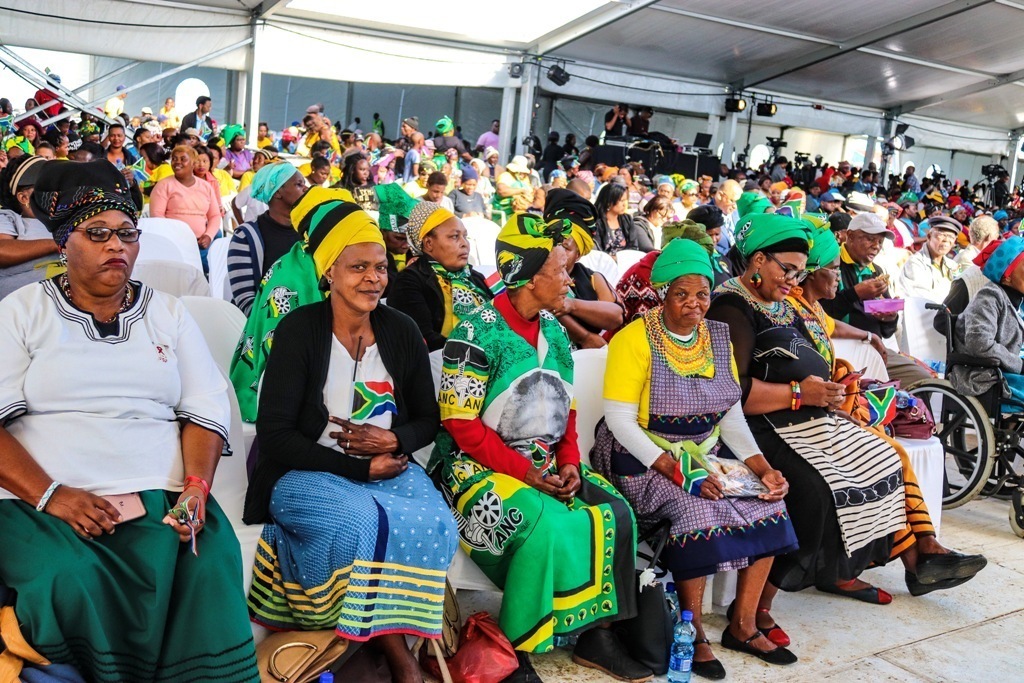 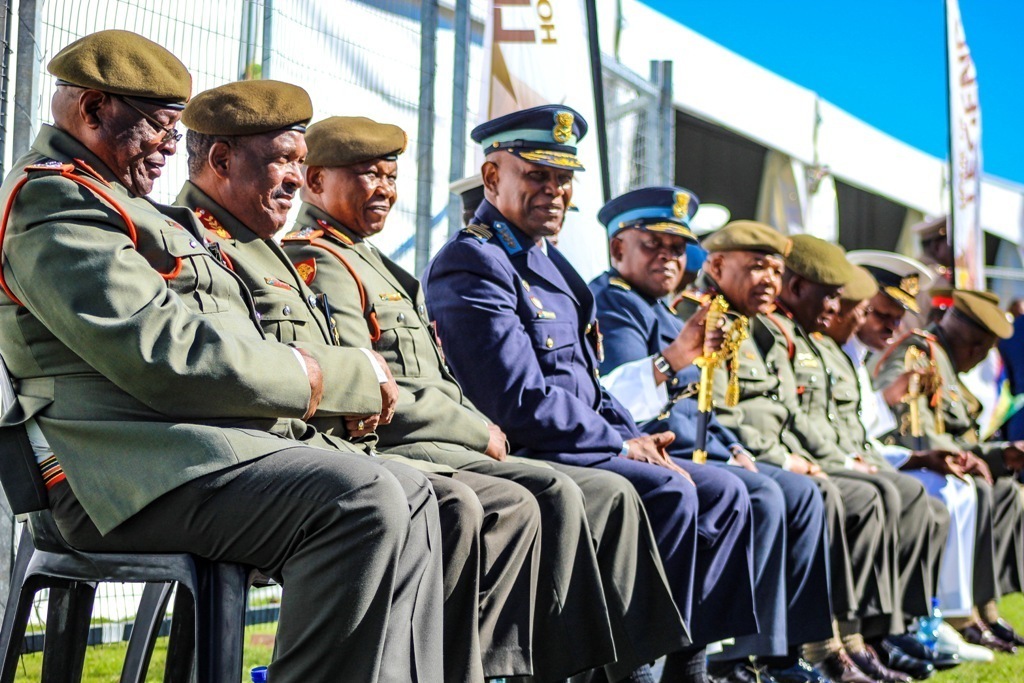 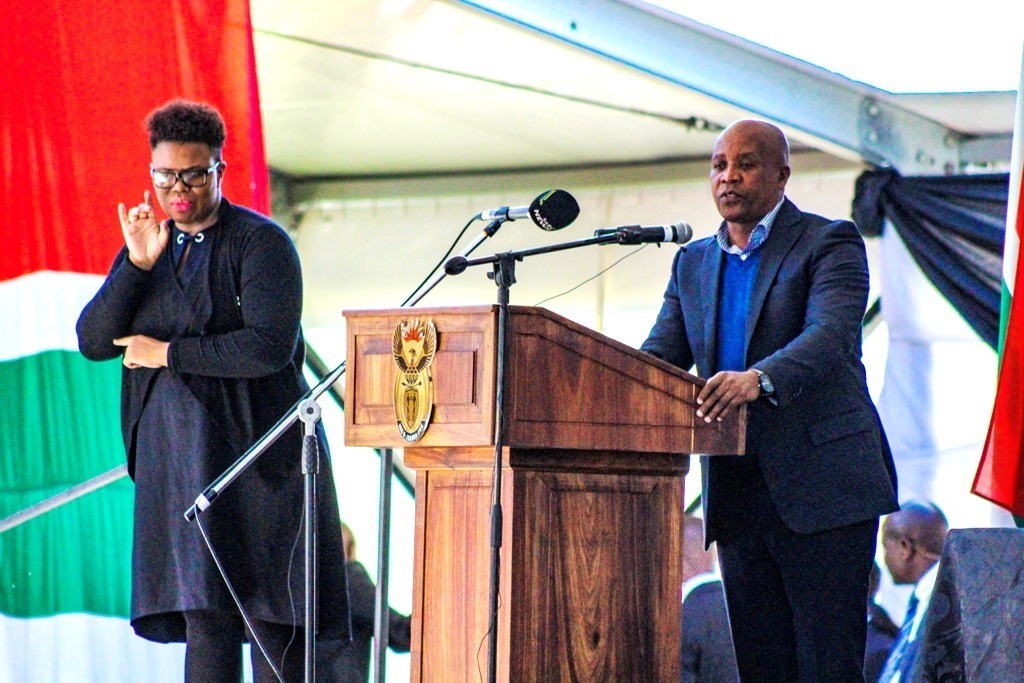 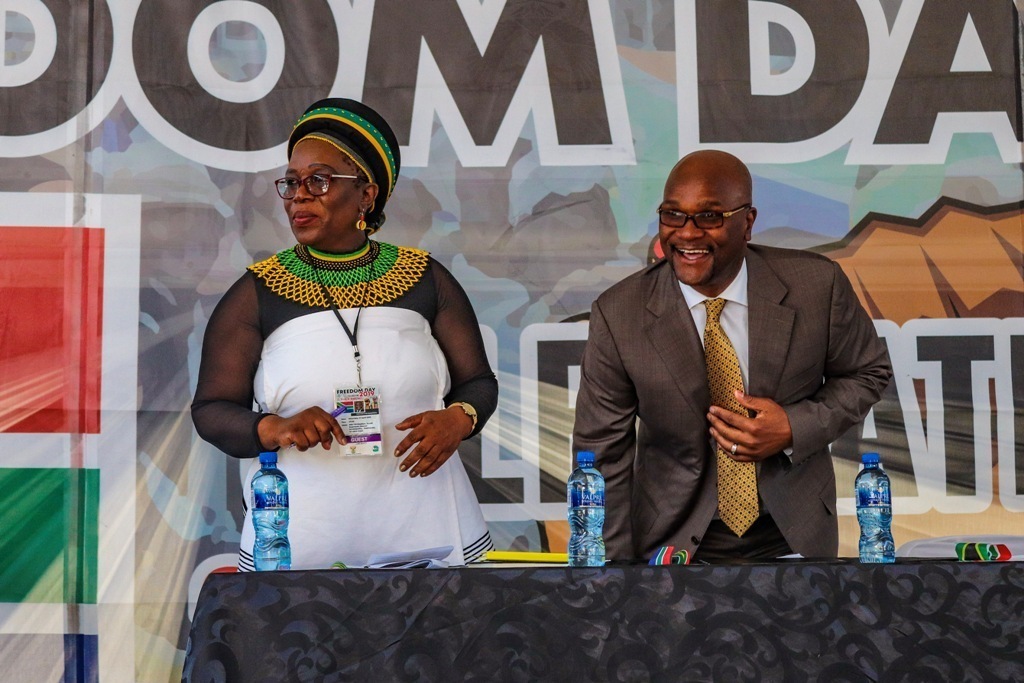 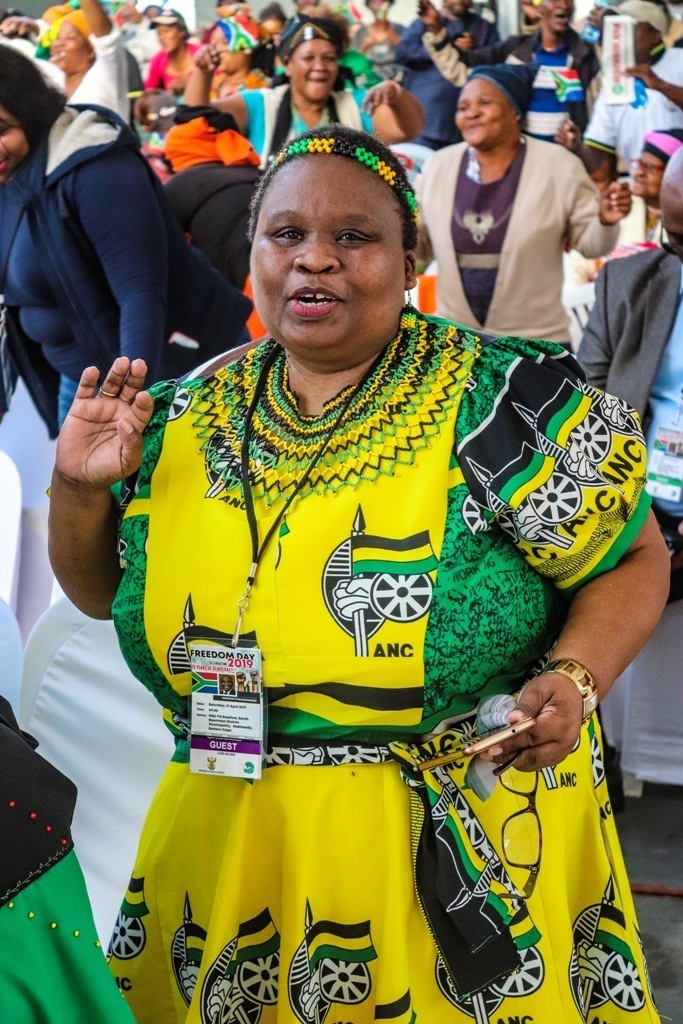 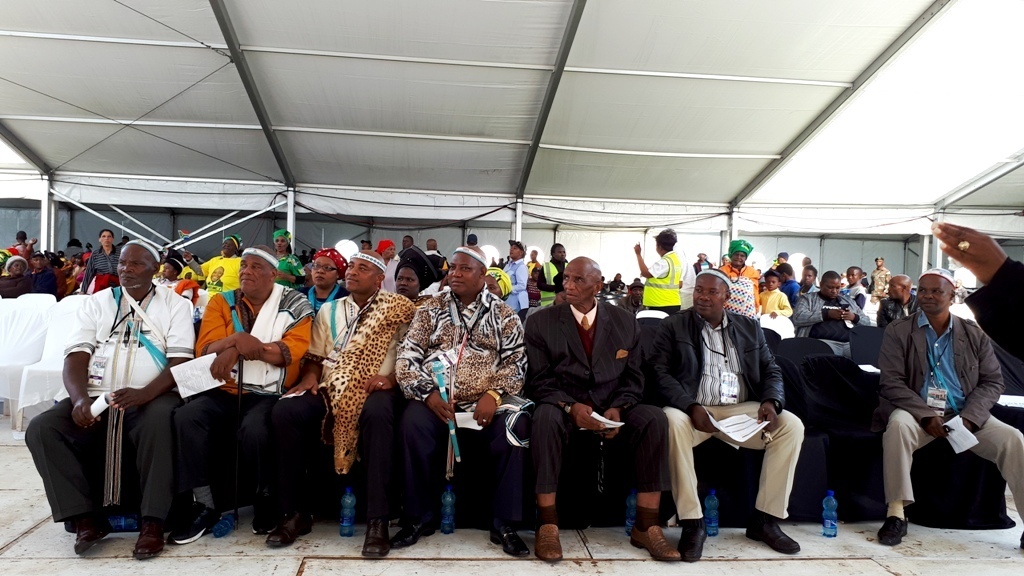 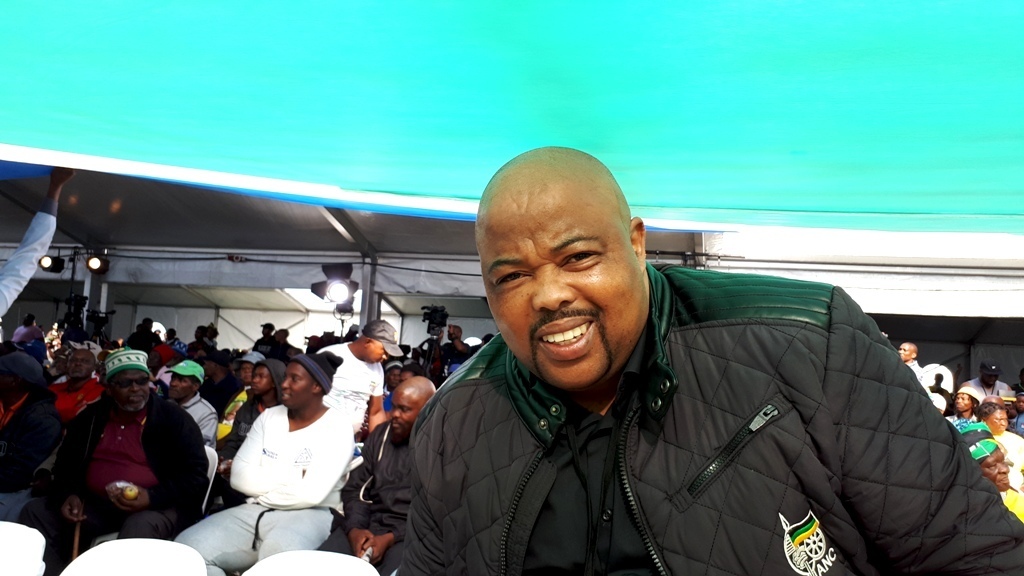 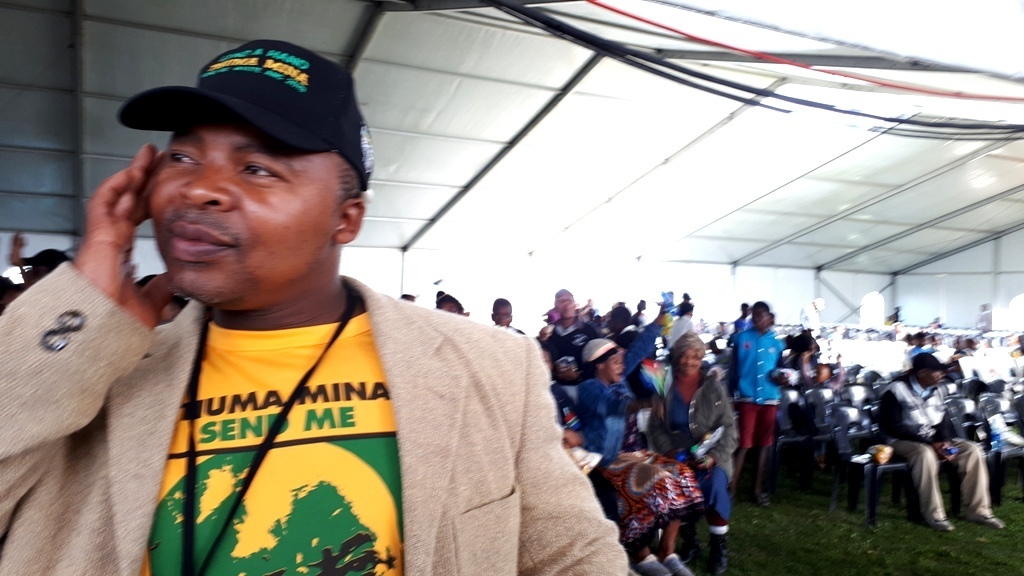 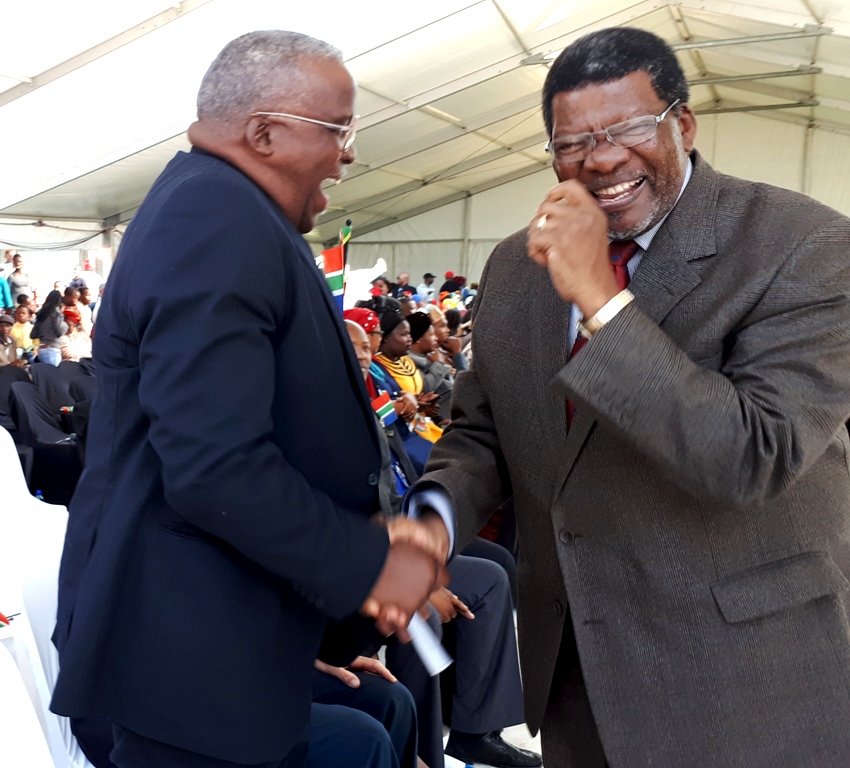 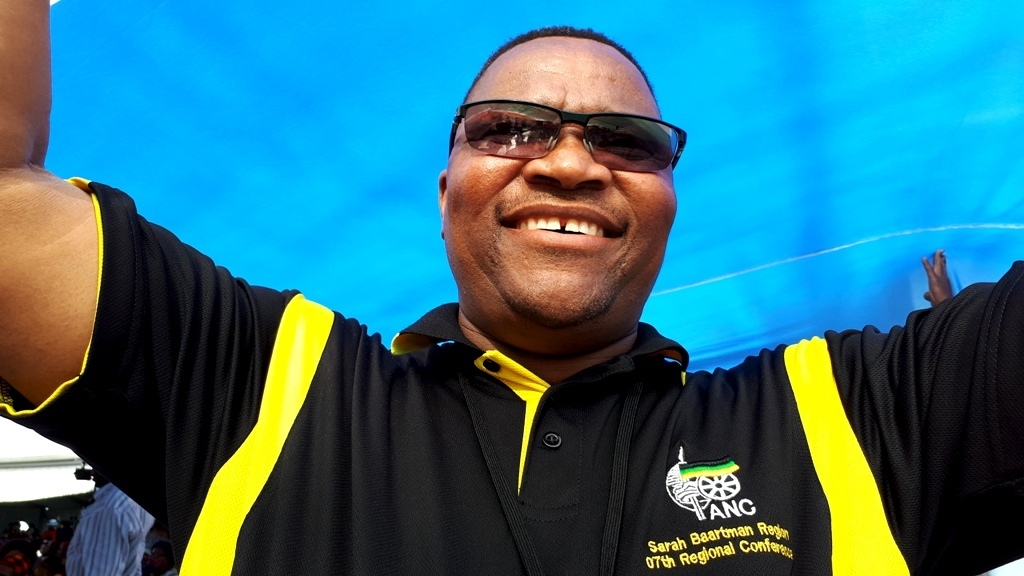 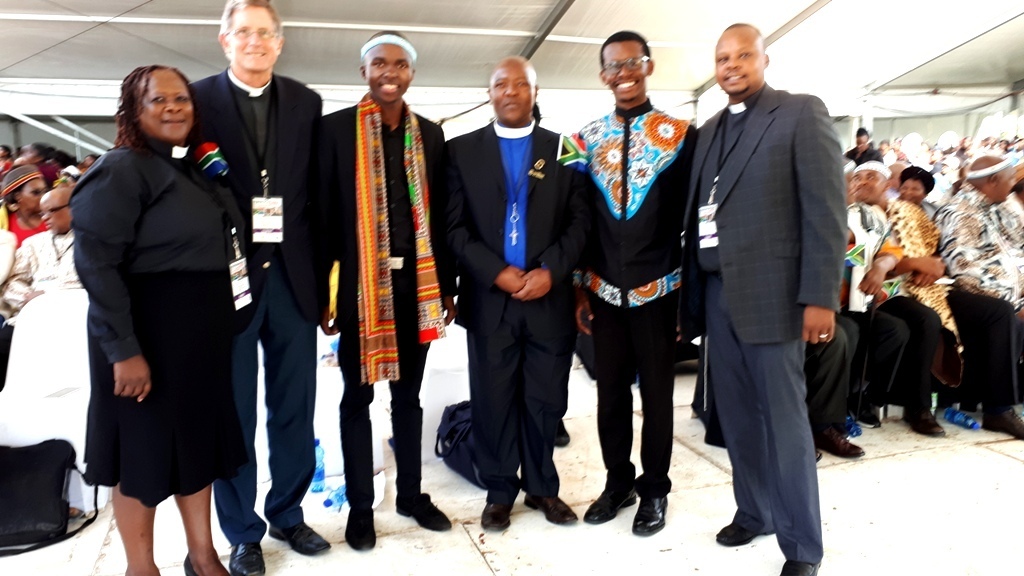 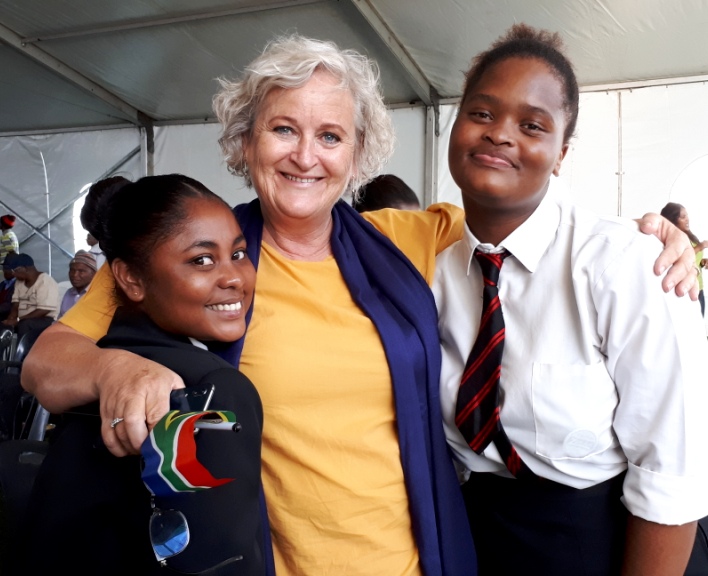 Previous ArticleRamaphosa, with praise and power
Next Article Easter festivities for Lily Whites 125