The demise of the Kowie ditch 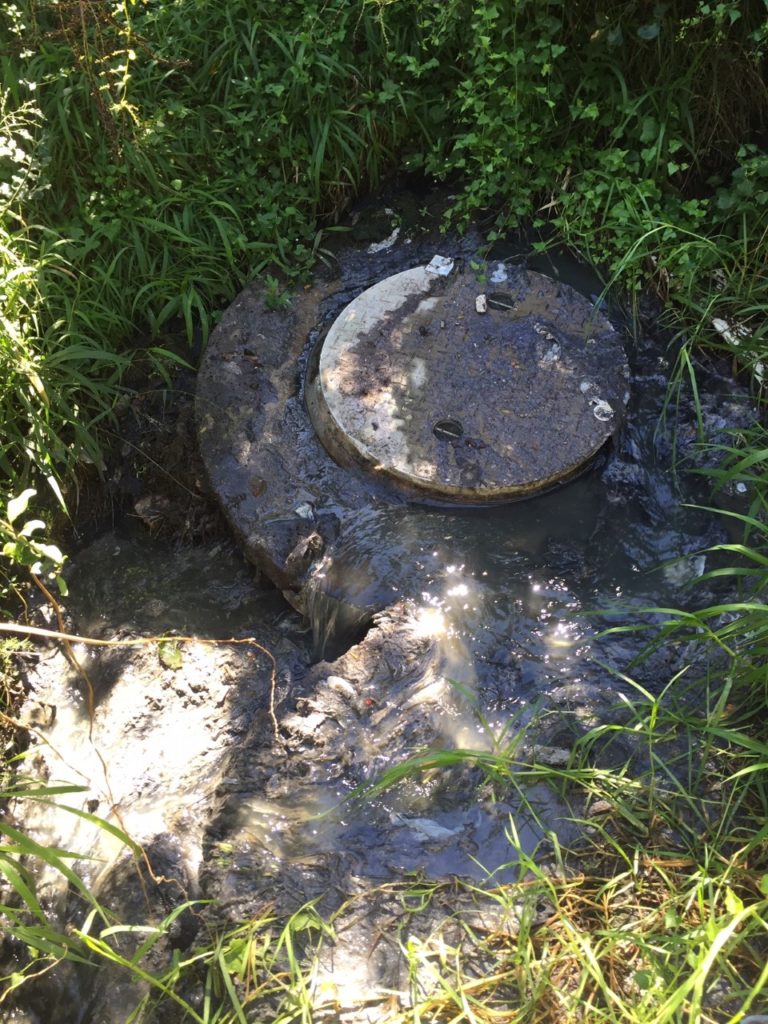 In my school days the stretch of the Kowie ditch between Graeme College and Fitzroy Street was affectionately known by kids in the area as “the driffie”. When it rained hard, Gowie Dam (near Graeme) would overflow, and black bass would get washed downstream and end up living in a number of decent sized pools in the driffy. One of my poignant memories as a youngster was catching my first fish with a piece of string, a bent pin and a grasshopper in a pool alongside the lower Albany Sports Club field. The driffie was an aesthetic stretch of watercourse, flowing over shale and rock, and part of it ran through a deepish ravine with bamboo patches, willow trees and weavers nests on the banks. Children had great fun fishing for bass and platannas (big flat frogs), catching tadpoles in nets and scaring each other with big freshwater crabs. There was even an otter which lived in the pools at one stage, and late one evening when my dad was walking our dogs on the Albany Sports Club fields, our Staffordshire terrior, Simba, had a scuffle with an otter in one of the pools, and the otter dragged him under the water and almost drowned him. Simba had eaten his dinner before the walk, and he ingested so much water that he blew up like a balloon from the mixture of water and dog biscuits inside of him. He looked like a meatball on toothpicks and had to spend a lot of time standing up because lying down was too uncomfortable.

When Grahamstown became flooded, the driffie would well up into a raging torrent, and a couple of kids had old car and tractor tyre tubes for the occasion and would rush across the fields in the pouring rain and race down the rapids from the Albany Sports Club fields to Fitzroy Street. This was pretty hazardous and felt completely out of control at times. Another scary venture was walking through a long pair of underground pipes which channel water diagonally from the two higher Albany fields through to the lower Albany field. The underground pipes are about 150m long and 1.5m high – tall enough so that a 10-year-old does not have to bend too low to walk through. The pipes have a slight curve halfway under the fields, so no light gets through, and within 10 metres of entering the pipes, everything becomes pitch black. Kids used to walk the 150m stretch underground in these hectic echo chambers, without any torches, which gave them quite a rush. On the south side of Fitzroy Street the driffie suddenly changes character and becomes a man-made semi-circular concrete canal. In the 1980s when the skateboard craze was happening, some industrious boys cemented up the uneven parts of the semi-circular canal and made a pretty decent half-pipe to skate on; and the dip at the bottom of Fitzroy Street became a cool place to hang out and skate.

The Demise of the Driffie

Years ago while walking the dogs I was puzzled to see crabs on the Albany sports fields, and some of them had journeyed right across the fields. I later realised that this was probably because they were escaping the increasingly polluted stream and had nowhere to go. There have been ongoing sewage leaks between the southern border of Graeme College and the upper Albany fields for years now (all at different points within an area of not more than a hundred metres squared). There have been ongoing complaints to the municipality, but the situation has got worse and worse. Nowadays the river bed has silted up with sludge, the driffie stinks to high heaven and nothing lives in it except potential disease-causing bacteria. The Albany fields have many dog walkers, and dogs used to swim in the driffie to cool off, but now the ones that manage to sneak a dip without their owners noticing come out grey with bits of toilet paper stuck to them.

The driffie is a tributary of the Kowie ditch, which flows through town and into the Matyana River. This feeds into the Bloukrans River and ultimately into the Kowie River system. It is not only dogs, children and homeowners in Grahamstown who get affected by the pollution. The raw sewage affects people who live in the informal settlements downstream and children who play near the stream, as well as cows, goats, pigs, dogs and other creatures that drink from the stream in times of drought and could pick up diseases. The Department of Water and Sanitation manages a Clear Rivers Campaign, and a Grahamstown initiative called Cleaning the Kowie Ditch was born out of this national campaign. Grocott’s Mail’s 2016 Facebook post called “Cleaning the Kowie Ditch” explains how the Department of Water and Sanitation’s project in Grahamstown focused on cleaning up the Kowie ditch, and “participants included staff from Makana Municipality’s Water Services, Parks and Health Departments (including some managers and administrative staff)”. This is ironic, considering that Makana Municipality is seen to be working with a project to protect and conserve freshwater ecosystems, while on the other hand it is stubbornly ignoring appeals from the public to maintain infrastructure and fix raw sewage leaks which flow directly into the same freshwater ecosystems.