When Good comes to Makhanda 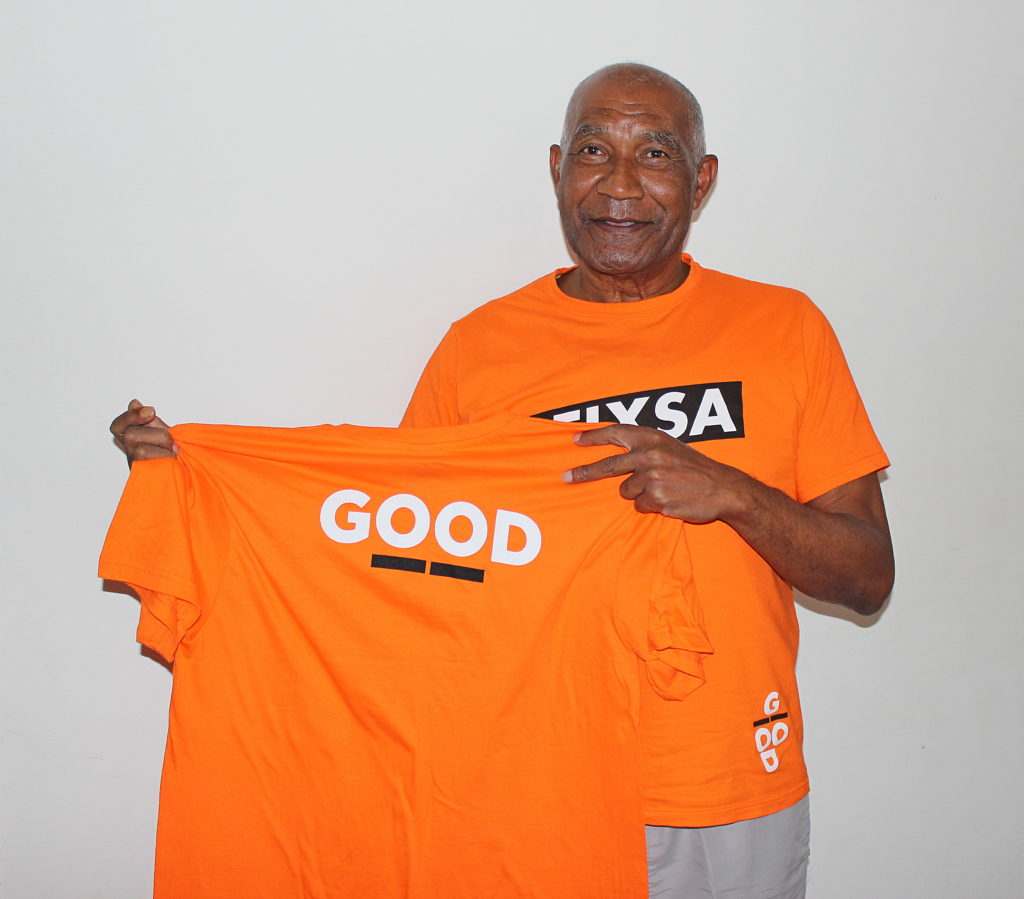 The Good Party has come to Makana in the person of Stanley April. Like the party, he comes from Cape Town where he was boarded as a policeman and since then he has been happily living off his pension in Makhanda with his wife Imelda.

The Good Party has no offices in the town just yet so he runs the local presence from their house on Trotter Street.

April has no experience in politics but said he wanted to do something useful, something Good for the community he lives in. He contacted the provincial leadership of the party in Jeffreys Bay and they came to set him up as the local representative.

He decided on the Good Party because he was familiar with their organisers when they still belonged to the DA in Cape Town.

The leader of the Good Party, Patricia de Lille, was Mayor of Cape Town from June 2011 to October in 2018 and a senior member of the DA until she decided to break away and form her own party. April said that the split from the DA was not amicable, as certain members had levelled accusations against De Lille without substantiating them in a court of law.

Living in Makhanda, and looking around him, April said he saw “a lot of things going wrong and a municipality that is no good. And the potholes and the water problems we have, electricity problems we have”.

He said that with the troubles and suffering that he saw all around, he felt that had to do something. “I’m sitting here and I’m watching these poor people, from the township down there, walking all the way with their water bottles to go and buy water”.

April said that while he has no background in politics, he has always followed political developments. He has a long way to go to get used to the notion of wearing the ‘politician’ label, as he insists that he is not a politician – even as he was speaking to Grocott’s Mail as a representative of a political party.

He touched on a concern of many parties when he referred to the inescapable trend, particularly among young people, to stay away from the voting stations. People of almost all political persuasions have threatened not to vote claiming that none of the parties represents their aspirations.

He said people feel ‘mismoedig’ (despondent in Afrikaans) because promises are made and nothing comes of them and that “people are still living here in mud and stick houses after 25 years”.

April countered the argument to stay away saying that if a person decides not to vote it only makes the incumbent party stronger, “because every opposition vote that you count in, counts against that party, but if you don’t vote, then they just go on”.

He said that even after suffering for 25 years, people will still vote for the ruling party “because the SABC will always brainwash the people”.

The new representative of the Good Party said that there was no point in criticising the government for doing things the wrong way unless you are prepared to do it the right way.