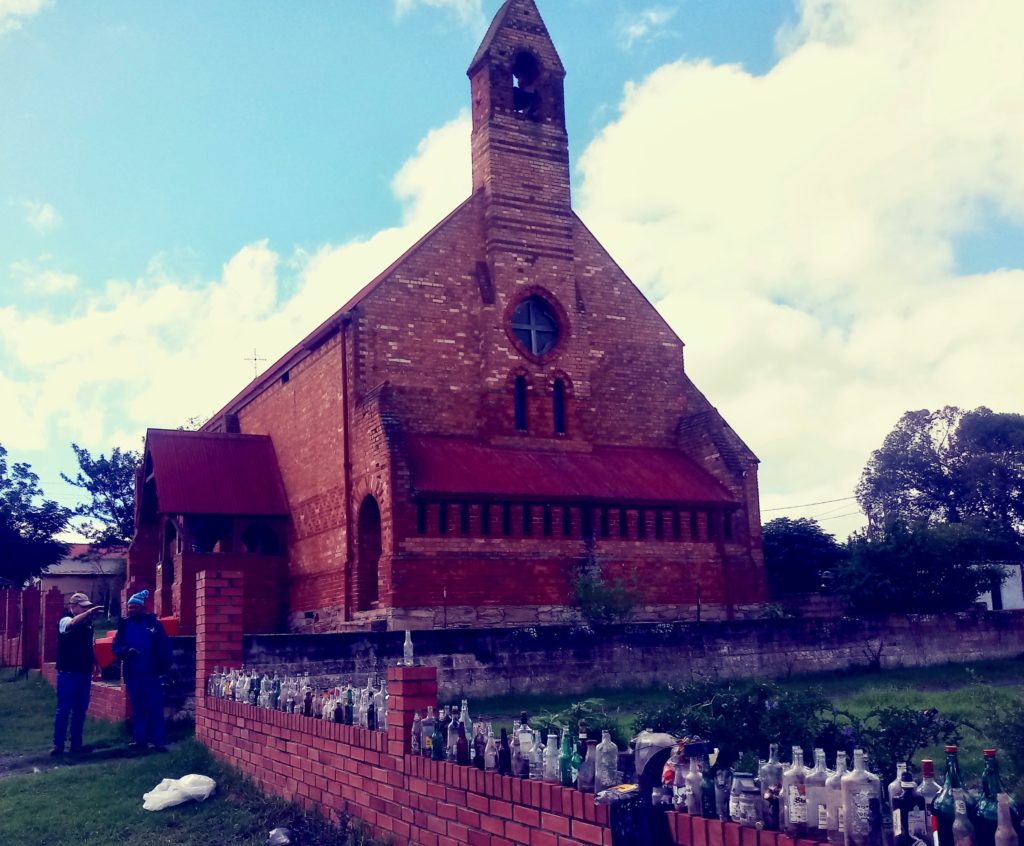 The grounds around the St Phillips church in Fingo Village looked pristine after they received a much needed clean up on Saturday 6 April organised by students from St Andrew’s, DSG and community member Graeme Holmes.

St Phillips was built in 1860, but the church’s surrounding grounds have become an “informal dump” according to Holmes, even after a first clean-up in December of 2017. “It’s almost exactly [the same]as it was,” said Holmes.

“It’s all about bringing the community together to keep this place clean”. Holmes emphasised that the church is a tourist attraction and needs to be kept clean. He added that even though people want to see it clean, there is not enough community engagement nor can they prevent people from dumping there.

Holmes has seen the potential for St Phillips as a tourist site, and it all starts with the church being clean.

“It begins with plastic,” he said, citing a member of Makana Plastic Action Group(MPAG) – who are actively educating people about single use plastics –  who asked the clean-up organisers to focus on plastic bottles.

There are a few initiatives aimed at the community centred around St Phillips. “The vision for the place is grand,” Holmes said, adding that there are plans in the works to hire a few people to clean the church regularly.

St Andrew’s and DSG worked together well, and provided a tractor trailer to carry the collected rubbish.

“We still have more work to do,” said Holmes, referring to the old schoolhouse ruin behind the church.

To Holmes, every donation and initiative aimed at St Phillips is an important step towards making the church a proud place of worship and tourism.