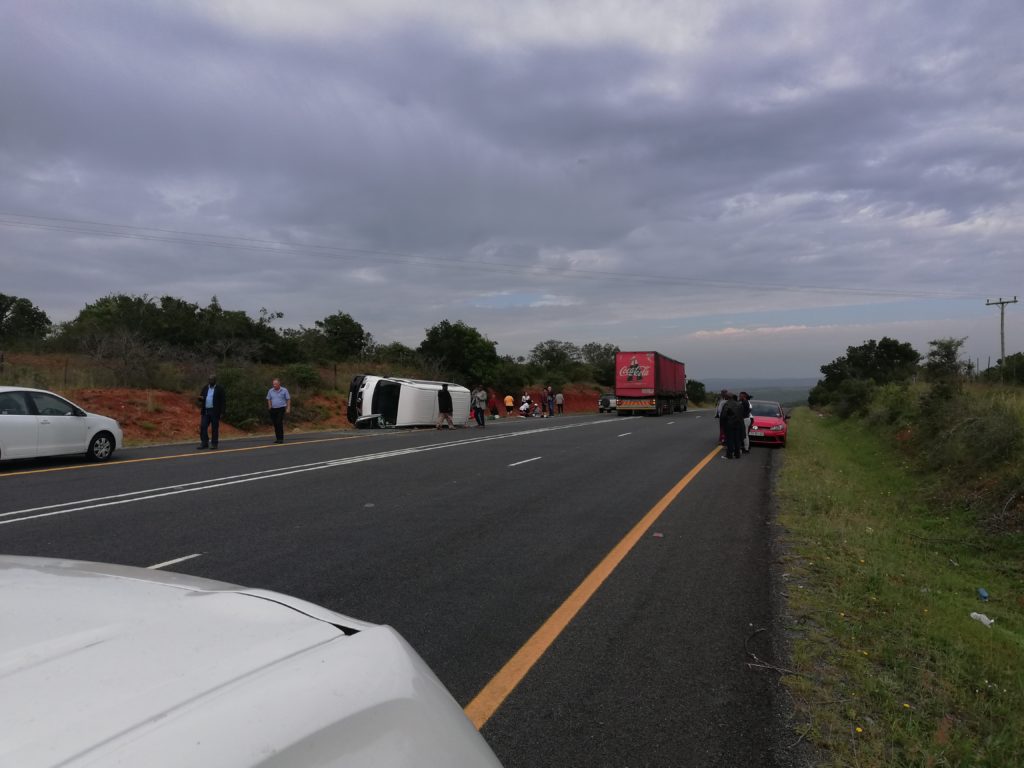 Fifteen passengers were hospitalised on Saturday 13 April after the taxi they were travelling in to Port Elizabeth overturned. Photo: Fleur Way Jones

Fifteen passengers were taken to Settlers Hospital this morning when a taxi rolled on the N2 between Makhanda (Grahamstown) and Port Elizabeth.

South African Police Service spokesperson Captain Mali Govender said the incident in the east-bound lane around 9am on Saturday 13 April. The passengers had been travelling on a mini bus on the way to Makhanda when the driver lost control and it overturned, Govender said. Makhanda resident Fleur Way-Jones, who was travelling on the N2 this morning and arrived soon after the incident, said “Luckily a paramedic in the car behind could assist the injured.”

Four ambulances and four police vehicles arrived from Makhanda, Way Jones said. This was later confirmed by Govender, who said all the passengers, with varying injuries, were loaded into two Emergency Medical Services (EMS) and two Gardmed ambulances and taken to Settlers Hospital.

Govender said a case of reckless and negligent driving was under investigation.