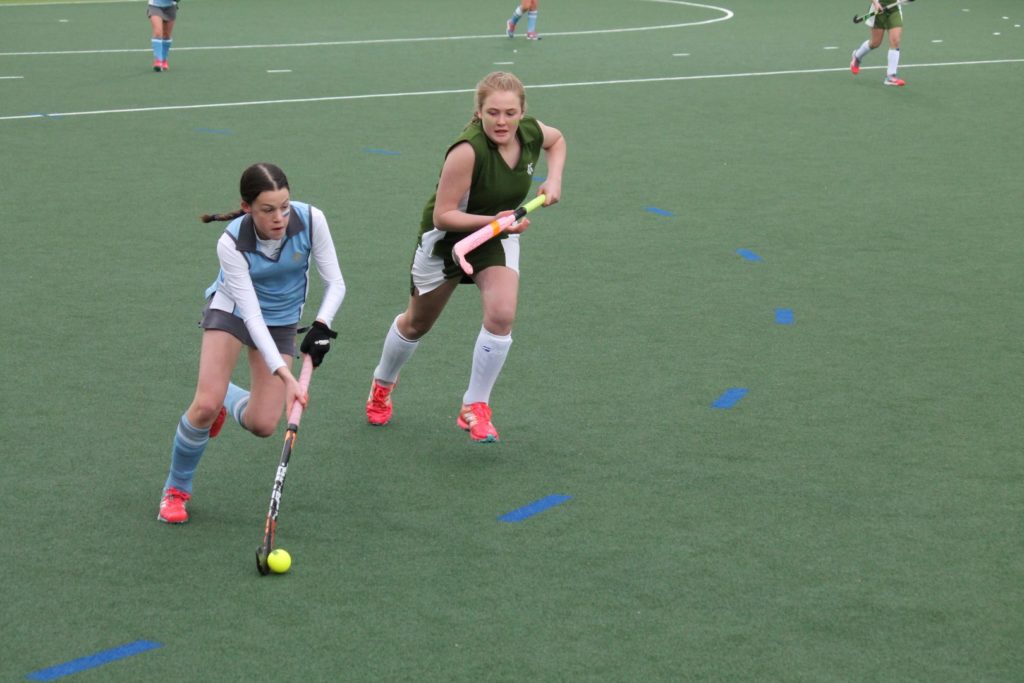 An attacker from St Cyprian's tries to get around a DSG's Cody Laubscher in their match at the DSG U14 Invitational Tournament. Photo: Supplied

The Diocesan School for Girls (DSG) hosted Collegiate Girls High School for their annual derby day on Saturday morning, 6 April. A chilly start greeted the visitors from Port Elizabeth who made the short trip up the N2 to Makhanda (Grahamstown), for what is always a well contested day across all the hockey and netball fixtures.

Even though there were no First team fixtures over the weekend weekend with both Collegiate teams on tour in Johannesburg, there were still an incredible 12 hockey and 11 netball matches played across the Open, U16 and U14 age groups, and the standard of play was of the highest order.

In the hockey fixture, Collegiate edged the results in the battle between these two powerhouses of Eastern Province schoolgirl hockey, by winning six of the hockey matches with DSG picking up the honours in four, with two matches drawn.

In the netball fixture, DSG had a great run in the Open and U16 age group category by winning all seven of the matches played across these two age groups, while Collegiate showed that their Grade eights are a force on the netball court, by turning the tables and winning three of the four U14 matches with the other game playing out to a draw.