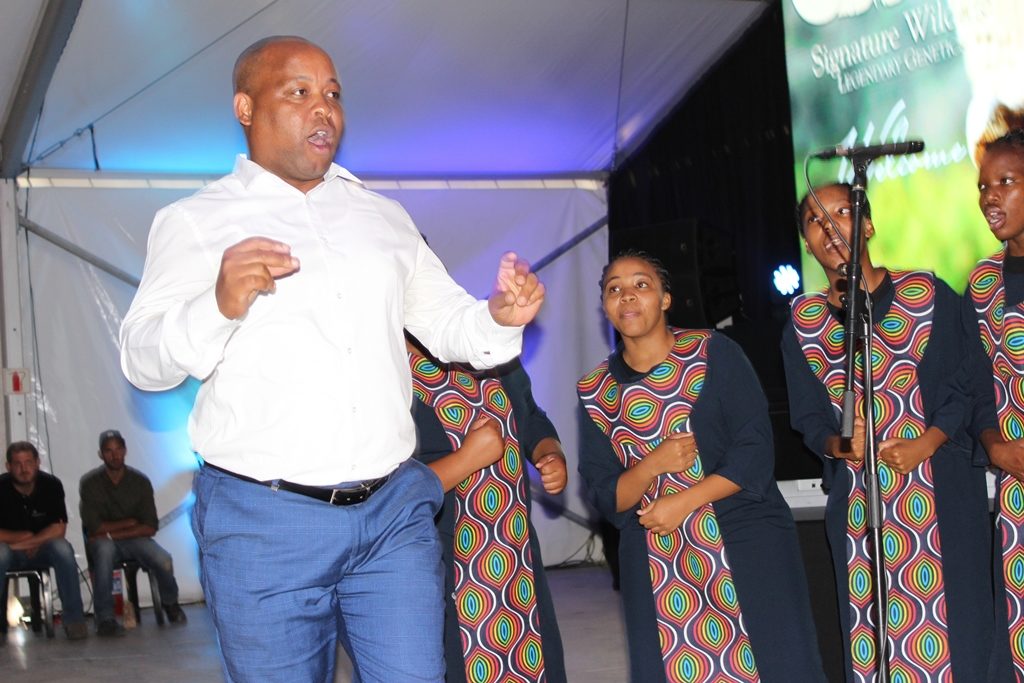 Gone are the heady days of 2016 and 2017 when sales at game auctions were burgeoning all over the country and the annual events at Kwandwe topped R56 and R61 million respectively. This year a far more sedate affair netted a relatively meagre R22 641 000.

The 2019 Wildswinkel game auction, hosted by Kwandwe, took place on Saturday in a more modest sized marquee than previous years, but there were still plenty of high-end bakkies and SUVs filling the parking field. The obvious belt-tightening did not however dampen the festive atmosphere and the rowdy bidding.

There were 73 lots of game on offer at the live auction – 25 lots were buffaloes, a single family of giraffes – and almost all of the rest were antelopes including: oryx (gemsbok), springbok, mountain reedbuck, bushbuck, roan, steenbok, eland, sable, nyala, kudu, waterbuck, and impala (including black impala). Notably absent were the rhinos that usually compete with buffaloes for top bids.

On a positive note, sales did increase in the timed auction, held only for the second time this year. Bidders increased the online sales from R2 463 600 in 2018 to R2 923 950 this year, but the big-ticket animals were sold at the live auction. Buffaloes, the only individual animals going for seven figures each, once again dominated sales with horn size and genetics determining the final bid. The really astronomical prices tended to go for buffalo cows that had either just given birth to, or were about to give birth to, calves sired by bulls with enormous horns.

The only other individual animals that were sold for more than R100 000 were a few sables, roan antelopes and a single black impala with long horns that fetched R105 000.

In previous years, the Kwandwe management had shown a video at the start of the auction to set the mood. This year the Victoria Girls’ High School choir began proceedings with choirmaster Sibu Mkhize singing and directing the girls in a range of rousing songs.