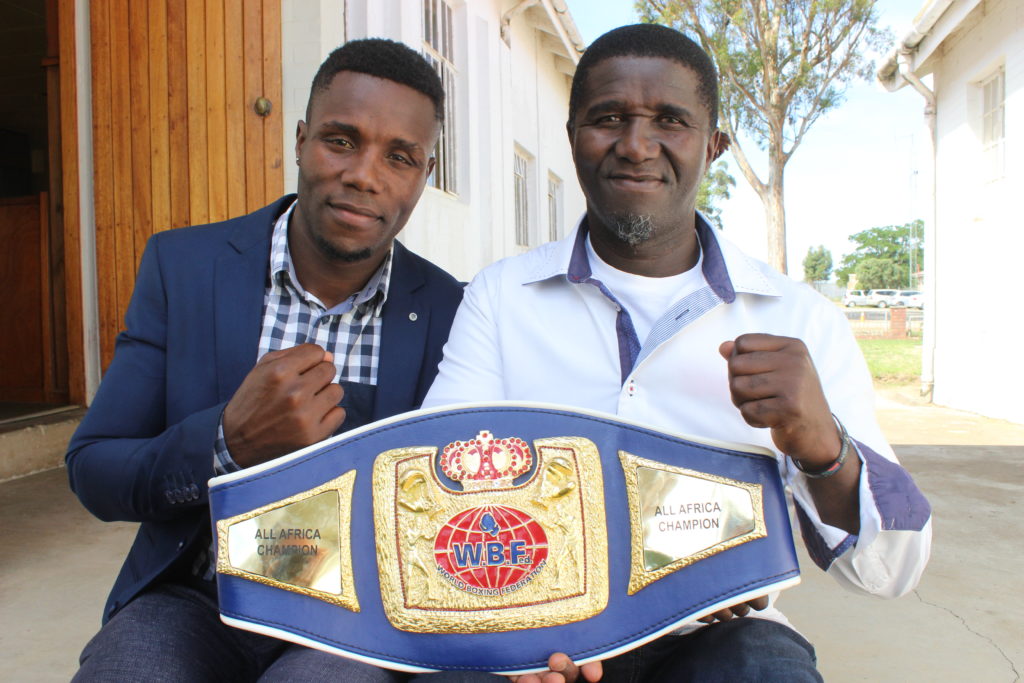 After a tough fight against fierce opposition, Makhanda’s (Grahamstown’s) local boxing champion came out of his South African Welterweight Championship defence on Sunday 31 March as the deserved champion. Mziwoxolo Ndwayana successfully defended his SA Welterweight Championship against Odwa Gaxa at a packed Uitenhage Indoor Sports Centre, with a knock out in the seventh round.

The fight was not an easy one for the champ, as he was not expecting Gaxa, whose previous match on 29 April 2018 ended in the second round with Gaxa winning via a Technical Knockout, to be a credible threat to his title. He found out in the third round, however, that Gaxa would not go down without a fight when the challenger caught the champ with a hard right hand that sent Ndwayana to the floor to a count of eight.

From there, however, the Champ took over proceedings, and won a number of rounds in succession before ultimately claiming the victory in the seventh of their 12 round fight. It was the massive right hand of Ndwayana that put Gaxa down for the ten-count, and saw Ndwayana retain in his first title defence.

The champ did admit that he was caught slightly off guard by the hit in the third round. “He just caught me with a left jab and I just fell down. I was shocked. I just told myself that ‘I’m going to get up and knock him out’.”

“When you get out and see the crowd shouting at you, you get that pressure,” he said. “I try to release that pressure, but it was too much because everyone said ‘no champ, you have to win this fight’, which put a lot of pressure on me.”

“Gaxa was fully prepared for that fight and he came into the fight wanting to win that belt, but I just had to tell myself that that belt is mine.”

Ndwanyana will be looking to fight at the newly formed Legend Boxing Federation (LBF), which is based in Port Elizabeth, where there is a possibility for him to fight an unknown German boxer for the vacant LBF title.

Ndwayana’s manager is also his very proud father, Bulelani Ndwayana, who was also a professional boxer boxing in the junior lightweight division. “I encouraged my son to follow my footsteps to be a boxer, because I knew… he will be a champion. I am very proud,” said Ndwayana Snr. He also admitted that they are in desperate need of local sponsors to help the champ continue his rise to the top of the boxing world.

Boxing trainer and coach at 6SAI Battalion Thandisile Poltini says there are currently 18 boxers training at 6SAI – three of whom recently joined the professional ranks.

Welterweight Lwandile Madikane and Thembelani Khwebulana have yet to secure their first fights.

Right now, Poltini is still glowing with pride. He was in Ndwayana’s corner when he defended his title last weekend, having recently been accredited as a professional coach.