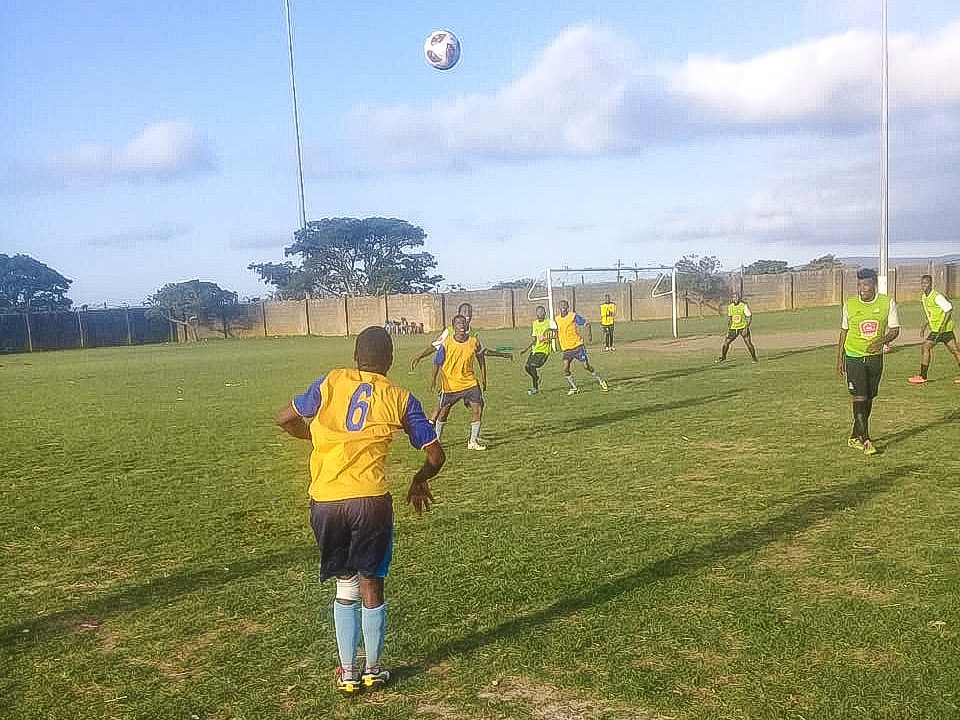 On Saturday 30 March, gathered spectators at JD Dlepu Stadium saw the kick-off of the Makana LFA first division. The day started with some under 17 league matches, before the main matches of the day kicked off. In the first game Sophia Stars U17 demolished XI Attackers by six goals to nil and Jacaranda defeated Young Neighbours by the same score while Golden brothers and Makana Pillars drew 2-2.

After their continued disagreements with the Makana LFA members and Sakhulutsha, Sakhulutsha did not honour their fixture against Young Neighbours. Makana LFA’s Akhona Heshu has told Groccott’s Mail that there will be a meeting on 7 April with Sakhulutsha officials and their representatives, Makana LFA executive and Safa Sarah Baartman officials where the Sakhulutsha case will be on top of their agenda.

In the main game of the day, local side City Pirates hosted Golden Chiefs from Alexandria in their SAB encounter. The game started with both teams weighing each other and the local side did not take long to stamp their authority in the game. It was not a surprise to see the home side taking the lead after a well taken free kick just outside the visitor’s box by Siphosethu Kondile.

The Golden Chiefs players seemed to be shaken by the goal they conceded and struggled to put their feet on the ball, hardly managing to put three to four passes together. The lack of communication between the goalkeeper and his defender led to a second goal by Sibusiso Mabena who got between them and just steered the ball past the keeper.

The visitors made some changes and started looking more like a team. Chiefs tried to build from the back and got caught in possession by Mandilakhe Ntsendwana who took a long range shot that left the keeper for dead and increased the home side’s lead to three goals. Pirates went to the halftime break leading by 3-0.

The visitors started the second half like a house on fire and soon reduced the deficit when one of their strikers out sprinted Pirates’ defence and blasted the ball past the keeper. Chiefs threw everything to Pirates and kept their defenders busy until they conceeded another goal after a good cross from the left wing found an unmarked Chiefs’ striker who made no mistake and tapped the ball home from close range.

The game came to life and the fans’ cheers got even louder as both teams were now dishing out good football. Pirates started a good move from the middle of the park which was finished off by Mandilakhe Ntsendwana with a cracker just outside the penalty area and the keeper just watched as the ball flew over his head and rattled the net. The referee blew the final whistle soon after, with Pirates walking away with maximum points as they beat Chiefs by 4-2 in a thrilling match.