Grahamstown this is for you! 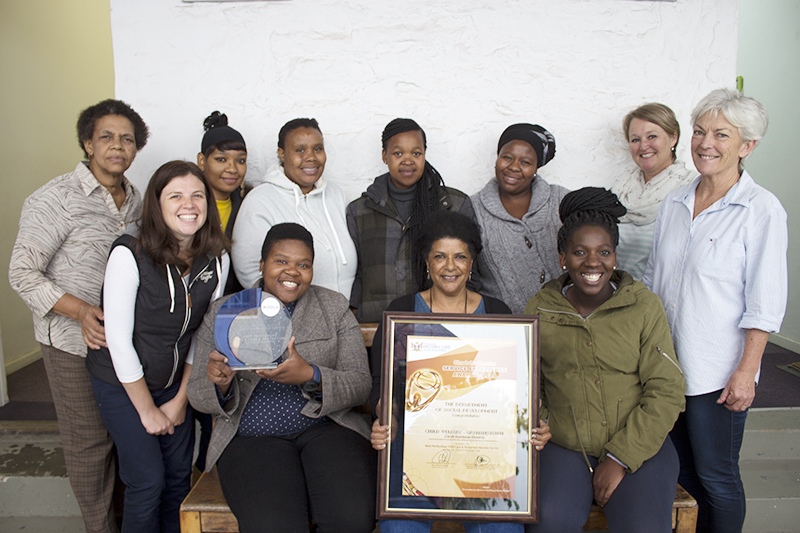 Child Welfare SA Grahamstown won the Charlotte Maxeke Service Excellence award for 2019 from the Department of Social Development. They won the award for being the best performing child care and protection service centre in the Eastern Cape during the 2018/2019 financial year. Photo: Sue Maclennan

“Director Woineshet Bischoff said, “Child Welfare SA Grahamstown feels truly honoured to receive the award but we’re blessed to have such a wonderful ‘family’ and community of Grahamstown showing their support in such a magnificent way.

“It is with sincere thanks that we say a profound thank you to the community in which we serve. Without the support of Grahamstown we would never have been able to achieve our goals. Congratulations, Grahamstown, this is for you.”

Bischoff quoted from Charlotte Maxeke who, at the second conference at the National Council of African Women in 1938 in Bloemfontein, a year before her death, said, “The work is not for oneself. Kill the spirit of self, and do not live above your people, but with them. If you rise above them, take somebody with you.”

“What an ethos that we too wish to embrace here at Child Welfare SA Grahamstown,” Bischoff said. The award is named after Charlotte Maxeke (nee Manye) who was one of the very first Black women graduates in South Africa and one of the first Black South Africans to fight for freedom from exploitative and social conditions of African women.

A revered figure in South African history, it is no wonder she is renowned to this day for her contributions to society. It is only fitting that the award for dedication of service to community for a CPO, the category that Child Welfare SA Grahamstown won, is named after her.