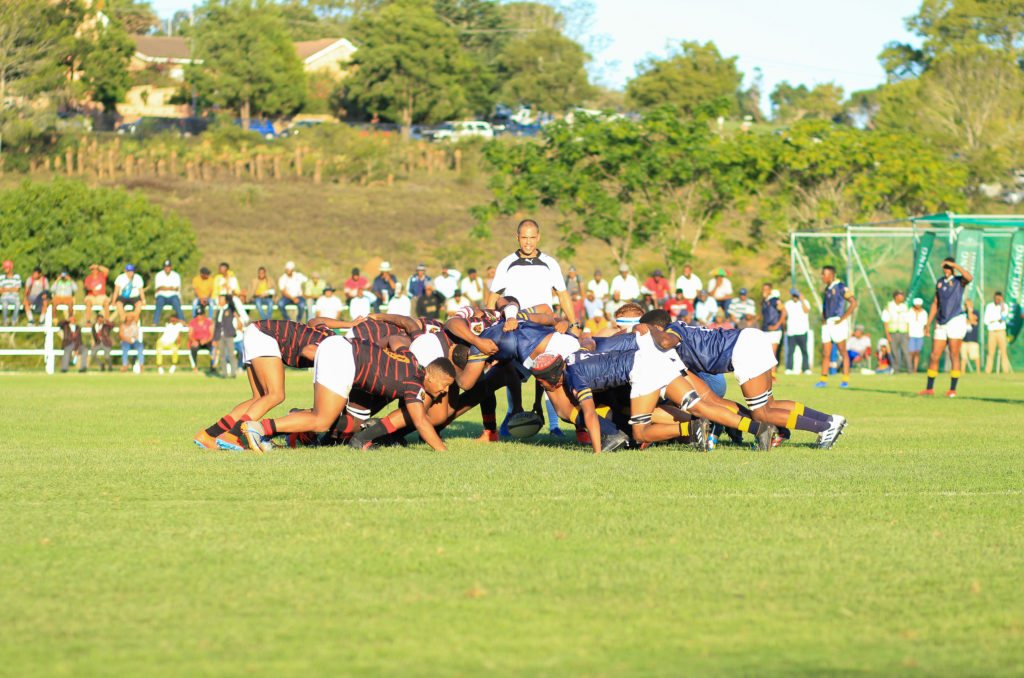 By NONHLANHLA GUMEDE and KIM KRIGER

The 21st annual Graeme Rugby day on Saturday 16 March was met with sheer excitement as the First Team
games played were as heated as the temperature on the day. Graeme day takes place around the same date every year and marks the beginning of the schoolboy rugby season in Makhanda.

The game between Selborne’s First Team and Marlow’s First Team kicked off in the scorching midday sun, with excited chatter among supporters and vibrant energy from players and spectators alike. Selborne’s forwards and backline combined well and managed to puncture Marlow’s defence multiple times, with full-time going 33-19 in favour of Selborne.

The St. Andrew’s boys made their presence known when their First Team took to the field in the next game against South African College Schools (SACS), their war cries filling the open field. Both teams maintained defence in the first half, however St. Andrew’s conditioning and fitness proved superior to provide a full-time score of St Andrews 27-13 SACS, marking the second win of the rugby season for St Andrew’s.

Next up was Kingswood versus Pearson First Team. Pearson’s finest were no match for Kingswood’s outfit, with the locals cruising through to a 31-0 victory at full-time over their counter-parts from Port Elizabeth. This dominant performance was particularly special as it came during the the 125th Founders Weekend celebrations for Kingswood, and marked a successful opening to Kingswood’s rugby season.

The main fixture of the day took place via the host game between Graeme’s First Team and Dale’s First Team. The game’s proceedings were nail-biting from start to finish. Both teams managed to hold each other at a tense deadlock, despite vigorous attempts to touch the ball down over the white line by both sides. At full-time, Graeme and Dale ended the match (and the day) with a well deserved draw of 14-14. The draw can arguably be viewed as a victory from Graeme’s perspective as they have not won a game in the festival in seven years.

The summer’s day heat did not stop the overwhelming support from the spectators, who really brought in the energy in their songs, cheers and shouts of praise (gwijo). Everyone and everything looked good and well kept, with great food and refreshments from the stands. It was a great opening to the schoolboy rugby season. Hopefully it continues this way as we await K-Day, this year it is being hosted by Kingswood as part of their 125th anniversary celebration.