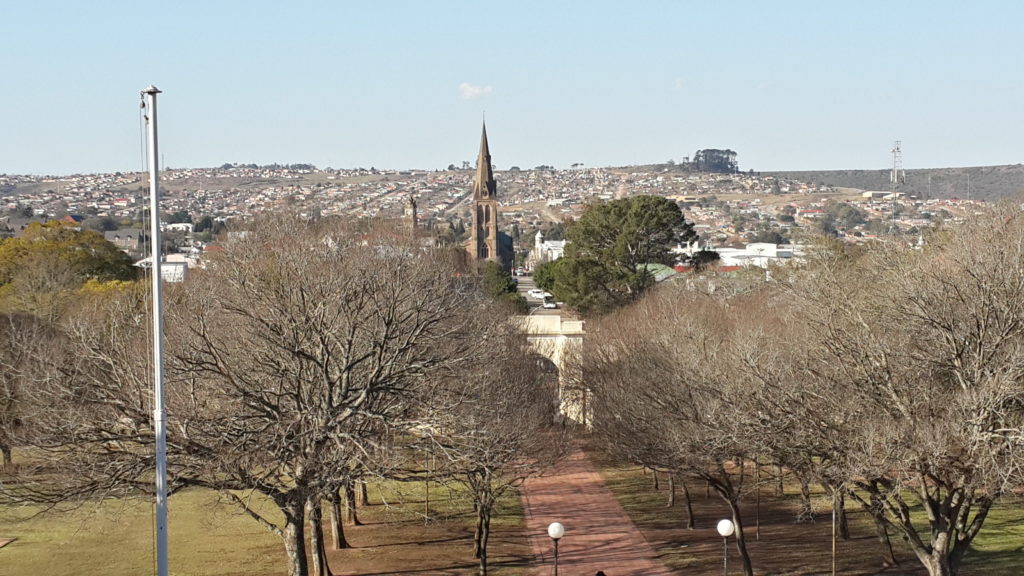 An ambitious Freedom Day event to symbolically unite Makhanda’s divided communities and bring national support to the city has been suddenly moved to Port Elizabeth. Furious and disappointed at the Department of Arts and Culture’s (DAC’s) unexplained decision, the Province’s political leadership have vowed to challenge the move at the highest level.

An intergovernmental delegation left their Gauteng and Bhisho offices for the day to gather in the Makana Municipality Council Chambers on Tuesday 26 March, when local politicians and officials, alongside cultural activists and organisations, believed they would be further briefing the high flyers. But Department of Arts and Culture Director General Vusumusi Mkhize poured cold water on the city’s ambitious plans for the day when he announced that instead of Makhanda welcoming President Cyril Ramaphosa and his entourage to South Africa’s premier Freedom Day event on 27 April, Nelson Mandela Bay Metro would be the hosts.

This year is also the 200th anniversary of the Battle of Grahamstown, at Egazini, where Xhosa warriors inspired by Makhanda ka Nxele rose up in resistance against the British occupation.

“We are very disappointed. Very, very disappointed,” Makana Mayor Mzukisi Mpahlwa told Grocott’s Mail in an interview afterwards. He said among the activities planned for the day was a massive peace march that would see a re-enactment of the meeting at Egazini – but with a different outcome. Two groups of marchers would begin from opposite sides of the city: one from Makana’s Kop; the other from the city centre. This time, however, instead of fighting when they converged, they would greet each other in a symbolic gesture of reconciliation. This year, 2019, is the 200th anniversary of that disastrous battle.

“I specifically asked [Mkhize] to provide a rationale,” Mpahlwa said. “He said he could not and that he would take it back to his political principals and come back to us.”

Plans to host the event in Makhanda had been set in place on the basis of the understanding that it had been approved by Cabinet. “It puts egg on the face of [MEC Bulelwa Tunyiswa] if the DG now comes up with this thing,” Mpahlwa said. “This [confirmation of Makhanda as the host]was conveyed to us by the MEC. We assumed that because it was from the MEC, it was decided.

“The other thing I raised very sharply in the meeting was that any government decision, like taking the event to PE, ought to be recorded,” Mpahlwa said. “A government can’t work that way. It needs to communicate an important decision like that in writing.

“We have to go back to the communities and say, ‘Well there’s another decision now.’”

Among the entities involved in plans for 27 April in Makhanda was the South African National Defence Force. Grocott’s Mail understands (but this has not been officially confirmed) that in anticipation of the presidential visit, elaborate national protocols and logistics had already been set in motion.

Churches, sports clubs and schools are among the other organisations that had planned for the Presidential visit on Freedom Day.

Having the carpet pulled out from under the city’s feet with respect to Freedom Day has now cast doubt on whether the President will participate in events planned for him in Makana Municipality the day before. The Department of Rural Development and Agricultural Reform is a partner in the planned hand-over of resources to three communities on government-owned farms by President Cyril Ramaphosa.

Mpahlwa said at the Yendella one hectare, one household project in Manley Flats, as well as Yarrow Farm near Seven Fountains, community members would receive title deeds, in addition to farming vehicles and equipment.

“We asked if the event on the 26th would still go ahead and we were given the verbal indication that it was,” Mpahlwa said. “But we said we can’t trust that anymore. We said we want them to put it in writing so we can plan.”

Mkhize, however, was at pains to emphasise that Freedom Day was just part of a month-long programme. “It’s not just Freedom Day,” he told Grocott’s Mail in an interview after the meeting. “It’s Freedom Month.

“Makhanda won’t be losing the celebration. In fact, Makhanda will be central because of the role Makhanda ka Nxele himself played. Hence the programme will be incorporating the big [state-owned farms] event in Makhanda by the President on the 26th. So it will be sharing that with Nelson Mandela Bay on the 27th. So it is not a loss. It is complementary activities,” Mkhize said.

“Makhanda will in fact be having a double dose because after the 26th, they will still have an opportunity to be with the President at Nelson Mandela Bay. What we are saying is just how we manage the transport logistics for people who are celebrating here with Rural Development.

“Our target is about 10 000 people in Makhanda alone – which means those people will have a double dose and will really be part of celebrating our freedom over 25 years.”

ANC Regional Chairperson Scara Njadayi said of the move to PE that it wasn’t the Director General’s place to make such an announcement.

“Such communication is very reckless,” Njadayi said. “As the Provincial ANC, we want the President to come to Makana. This is based on the role of Makhanda [the place and the historical figure]in our country’s history. We wanted to engage with the President on the glaring problems we face here.

“If the DG take the decision to move the event, that can’t be correct and we have to challenge it. We’re going to challenge it in all spheres of leadership.

“The people of Makana are [politically]literate and would understand if reasons were given. But no reasons have been advanced. We don’t know what led to that reckless statement,” Njadayi said. “This is disadvantaging the people of Makana.”

Previous ArticleHow the IEC decided on the ballot paper order
Next Article White Paper: Scientists have to engage with the public