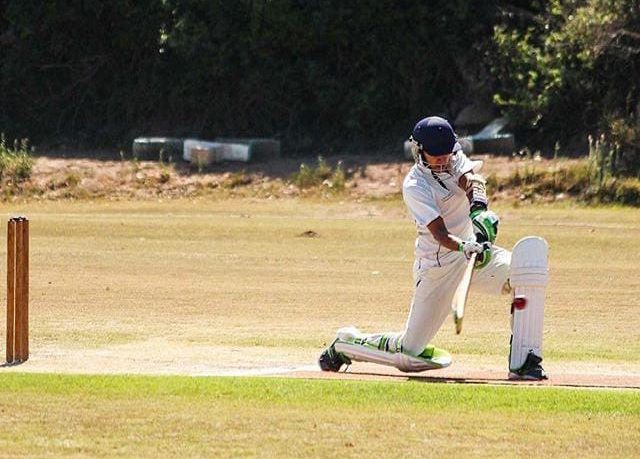 Photo: Supplied
Salem Cricket Club’s Second team are the new Grahamstown Cricket Board’s (GCB) Second League Champions for the 2018/2019 season. They were crowned Champs despite losing to Rainbows in their last match of the season. Salem last won the GCB Second League back in 2011.
Despite losing to Rainbows, the Salem side still ending on top of the GCB log and were declared as deserved winners and champs. Salem ended with 42 log points, two points ahead of last season’s winners, Station Hill. The spirited Salem side occupied the top position on the log for most of the season and deserved to be the champs. They have played outstanding all-round cricket as a team and were consistent throughout the season.
Rainbows vs Salem
Salem batted first and were bowled out for a mere 85 runs, due to some brilliant bowling and fielding by the home side. Rainbows bowlers piled on the pressure and took wickets at regular intervals. Salem’s batsmen, who were normally very consistent and dominant, could not come to the fore on the last day of the long and tiring season. Their in-form batsmen, who were outstanding the whole season, were just not up for the task and lost their wickets cheaply. Thinus Scheepers (19) and Matt Liesenberg (10) were the only batsmen reaching double figures. Thozana Shotana and Lulwani Mlonyeni both took three wickets and bowled with great control.
Salem’s bowlers however, did not make life easier for the Rainbows side, despite the low target. Rainbows struggled to chase down the low target, but eventually got there with eight wickets down. Their total of 86/8 came within 22 overs. Swing bowler Ross Pittaway was in devastating form with the ball and were outstanding. He took a career best of 6/24 (10). However, he could not do enough, and the Rainbows won by two wickets and a bonus point.
Manley Flats 2nds vs Tiger Titans
Manleys batted first and posted a steady 247 runs. Lester Isaacs (47), Edmund Jamieson (45), Tobs Matsalo (42) and Damian Marney (27), all contributed with the bat. Baliso (3/31 (6.4)), Siko (2/52 (10)), Siyelo (2/30 (10)) and Lwalweni (2/75 (10)) all took wickets for Titans.
The Titans could not get going on their run chase, and slumped to 127 runs. Manleys bowlers were on target and bowled excellent line and lengths. Lester Isaacs (3/35 (10)), Anthony Evlambou (4/12 (5.2)) and Shaun Kitchen (1/26 (7)) were the standout bowlers for Manleys, taking them to a 120-run bonus point victory.
Previous ArticleRecord number of applications to vote abroad in National Elections
Next Article Serious about cutting expenses