Not to be denied one another 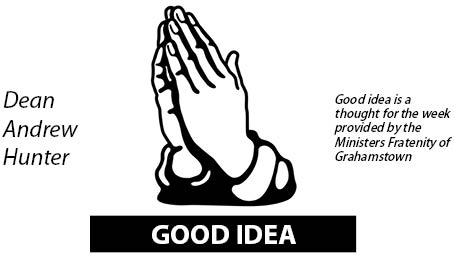 “Sport has the power to change the world,” Mandela said. “It has the power to inspire. … Sport can create hope where once there was only despair. It is more powerful than government in breaking down racial barriers.” Last week John Kani echoed the same sentiment when receiving a lifetime award for his contribution to the arts, at the Fiesta Awards. In his acceptance speech he referred to the troubled times that kept us apart and how, e g, isiXhosa speaking and Afrikaaans people were denied one another. We were denied the opportunity to get to know and enrich each other’s lives. And even now mutual appreciation will not happen spontaneously.

We will have to make an effort to find one another. He concluded by calling on all, presidents and politicians, “Julle sal nooit versoening of maatskaplike samehorigheid bereik nie behalwe deur die kunste.” Only through the arts we shall find each other, he stressed (Rapport Weekliks, 24 Feb 2019, p 11). In Acts 17:26-28 St Paul refers to our creational unity and the leading of God in the history of nations, “From one man he made every nation of men, that they should inhabit the whole earth; and he determined the times set for them and the exact places where they should live.”

In his letter to the Ephesians Paul also applies the work of reconciliation by Jesus Christ to an essential unity between former enemies such as the Jews and the Gentiles, “For he himself is our peace, who has made the two one and has destroyed the barrier, the dividing wall of hostility… His purpose was to create in himself one new man out of the two, thus making peace, 16 and in this one body to reconcile both of them to God through the cross, by which he put to death their hostility.” I would daresay that our faith in God should have the most powerful ability to designate us all as brothers and sisters in the one family of God our Father. But we still need to reach out and find one another.