Science awareness is vital for progress 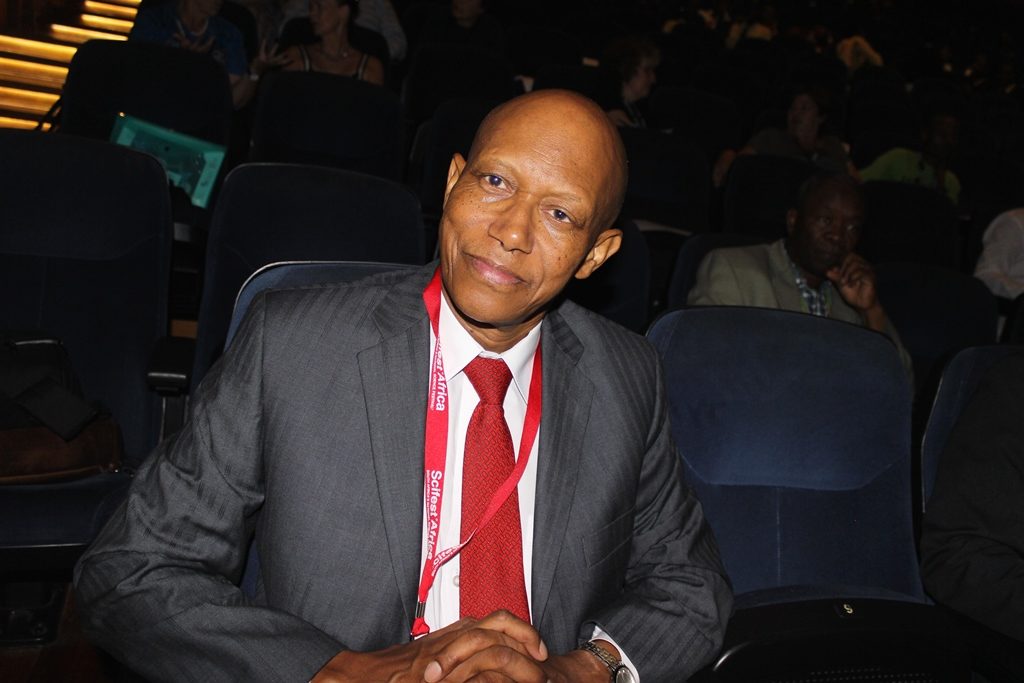 Adams explained that the Minister could not open the event because she was with Director General, Dr Phil Mjwara presenting a draft of the new White Paper on Science, Technology and Innovation to Parliament.

He said this was an important coincidence because the White Paper will set the science and technology agenda for the national system of innovation, “including science awareness and engagement for many years to come”. This is relevant because one of the main objectives of Scifest is to heighten science awareness and to awaken an interest in science.

Adams highlighted the importance of science in our everyday lives by pointing out some examples of how we use science. He said that before coming to the festival we had all eaten breakfast and this gave us the opportunity to consider the biology of our digestive systems. His next example was somewhat ironic in that he said before leaving home, we would take a shower that was heated by electrical systems – so we should think about how electricity works.

The irony is that many parts of Makhanda (Grahamstown) don’t have water and some don’t have electricity. It is not uncommon to find areas that have neither water nor electricity thus making the idea of a hot shower somewhat illusory.

Adams said that, “Science, technology and innovation are central to South Africa’s economic and social prosperity” and cautioned that in order for an innovation system to function it needs a “… society that is aware of the value of science, as well as its potential dangers and challenges.”

Referring back to the White Paper, Adams said that the country needs to pay more attention to develop skills and provide more effective support structures to make society more aware of science and technology.

In order to achieve this goal, Adams said that the White Paper makes a call for legislation to establish a national coordinator of science engagement in South Africa. He said that a new science engagement model will be established to go beyond the national Science and Technology department so that it can encourage a wide spectrum of entities to engage with the public.

He proudly pointed out that his department is making a concerted effort to set up science centres all around the country to encourage young people to be curious about science. Aware that he was in the Eastern Cape, Adams said the Department of Science and Technology and the Eastern Cape Department of Education have worked together to establish and maintain a science centre in Cofimvaba.

The state-of-the-art centre will soon be able to offer science, technology, engineering and mathematics education support to leaders and educators.