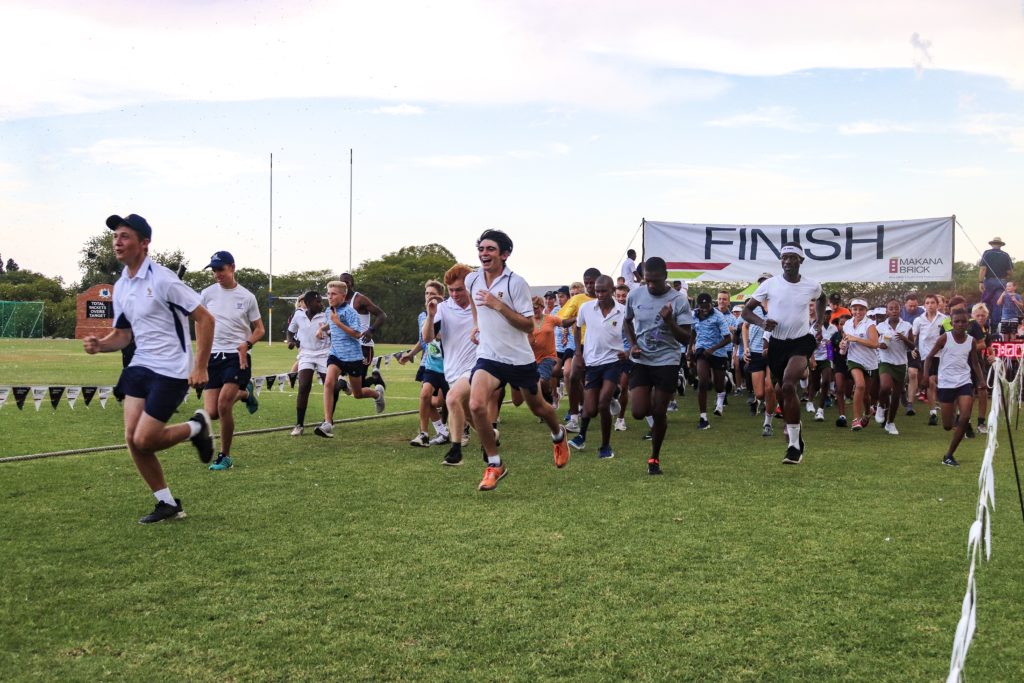 The 20th annual Makana Brick Nite Race was well supported by a large number of runners, joggers, walker and even a few crawlers, as Makana Brick celebrated its 25th year. Photo: Stephen Kisbey-Green

It was a landmark race for the 2019 Makana Brick Nite Race, as it not only marked the 20th running of the race, but was also used to celebrate the 25th birthday of major sponsor, Makana Brick. Hundreds of runners came through to take part in the fun 8km race, starting and finishing at Graeme College on Wednesday 6 March.

With the scorching heat earlier in the day, reaching upwards of 40C at one point, it was feared by the organisers that the turnout would not be as big as in recent years. “We normally have in the region of around 500 people,” said Cathy Braans, one of the organisers of the event. “Today might have been a bit less because of the weather, but I’m not a hundred percent sure just yet,” she said.

Moments after Basil Mills had set off his large starting gun, however, the heat was broken by some much-needed rain in Makhanda (Grahamstown), which cooled down the course substantially. “I think everybody will be so happy the rain, they’ll run faster and quicker and they’ll enjoy it more,” said Braans.

With 2019 being the year that Makana Brick turns 25, Colin Meyer, the founder and CEO of Makana Brick decided that in addition to the majority of the proceeds going to the Grahamstown Hospice, they would also be donating a further R25 000 to the Hospice to further their good work. It has become a major part of the community event that is the Makana Brick Nite Race to donate the large majority of the proceeds from the event to the Hospice, however this year, Meyer wanted to give more back to the community in celebration of the milestone year for his company.

“What it [the race]means to us is a way of getting the town together, people who like exercise and running, and it is probably the biggest race of the year,” said Meyer. “We are just proud to be part of it.”

“Apart from the fact that we are donating an extra 25 000 to Hospice, it is such a great event and it markets itself, so there is nothing particularly different this year,” said Meyer.

The race was closely run by the podium finishers in both the men’s and women’s races, with not much separating the top three of each race. Lubabalo Bokavu ran home the winner of the race overall, with Daniel Cunnama, Thoko Sipungu and Malibonngwe Mbalu finishing in second, third and fourth respectively in the men’s race. In the women’s race, Lauren Ranger crossed over the finish line first, followed by Claire McCann, Terri-Lyn Penney, and Lisa Cirigan, to cap off a great night of running.