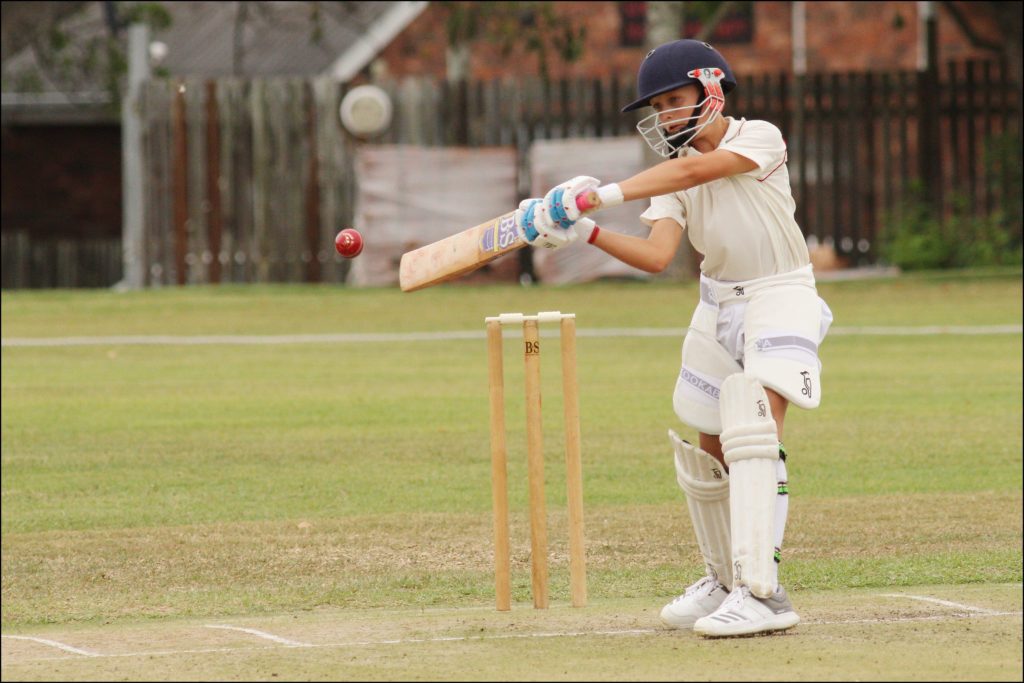 Aidan Knott, of the Kingswood U13 A team, edges the ball at the 2019 Prep Schools Cricket Festival at Kingswood over the past weekend. Photo: Supplied

Throughout the festival, every team got to play three fixtures – a declaration match; a 50 over match and a T20 match. It was great seeing how the schools all approached the various formats of the game in slightly different manners. The standout performance of the festival was the total posted by St Stithian’s on day two, where they scored just under 400 runs, in which one of their boys enjoyed the very rare privilege of scoring 250 runs, an amazing feat for a 13 year old. The Ruzawi side from Zimbabwe also endeared themselves to all their opposition teams and also all spectators with their highly disciplined and enthusiastic fielding style.

On the Saturday evening of the event, the boys and staff were treated to a formal dinner at Kingswood. The guest speaker this year was none other than Dave Emslie (ex Warriors Franchise CEO) who is also a highly respected cricket personality in South Africa. His message, to the boys in particular, was clear and very important. He challenged them to honour the game, its traditions and it’s history, and also to play cricket for the love of it.

The weekend was a great advertisement for the game of cricket in South Africa at youth level, particularly with the CSA Rural Cricket week also in town during the period.

Kingswood College were outstanding hosts and certainly put on a great show for all present on the campus for the entire duration of what was a fun-filled few days. As part of Kingswood’s 125 year celebrations, they also successfully and concurrently hosted the Independent Schools U18 Girls’ Tennis Festival for 2019. In similar style, several top schools from around the country joined Kingswood in celebrating their very special milestone.