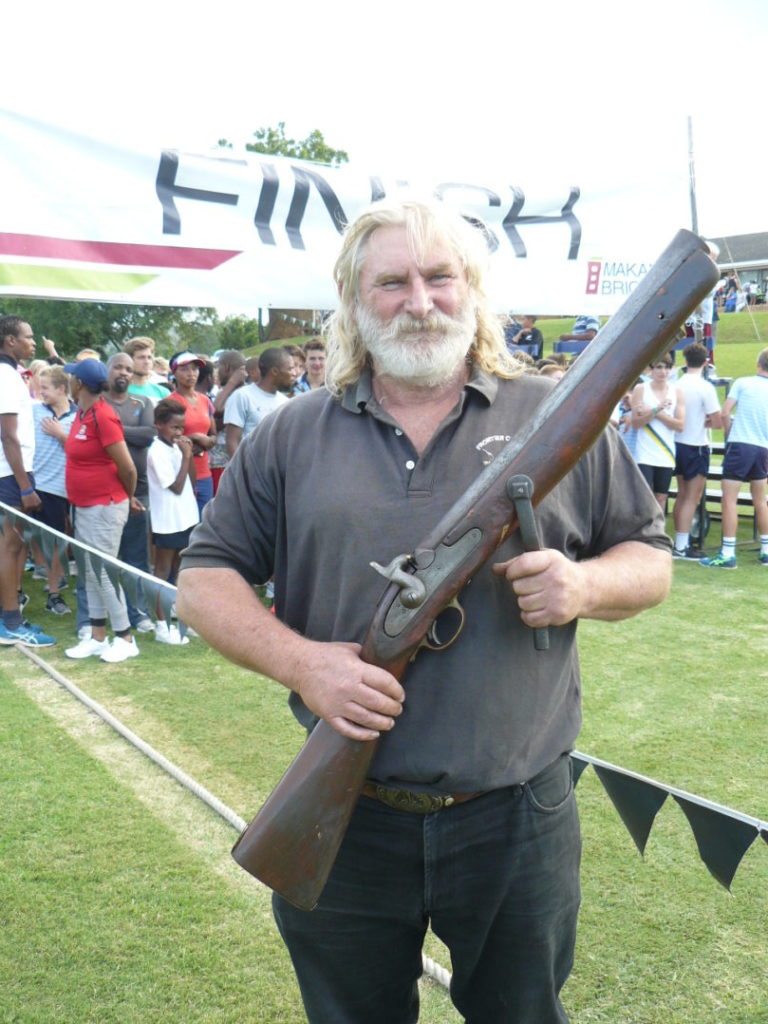 BOOMING START: The starter at the Makana Brick 8-kilometre Nite Race on Wednesday 6 March will once again be Basil Mills. When he fires his swivel gun to signal the start, the booming sound will reverberate across the start on Graeme College’s Somerset field. Photo: Supplied

In March each year, between 450 and 500 local residents take to the streets of Makhanda (Grahamstown) for the Makana Brick 8km Nite Race for serious runners, casual joggers and walkers.

The bulk of the field on each occasion comprises mostly the younger set – students and scholars. Nothing gives them more joy than being on the receiving end of a medal and a pineapple after crossing the finish line after their jaunt along the city streets.

The good news for fans of the annual Makana Brick 8km Nite Race is that the 2019 version takes place on the evening of Wednesday 6 March. Registration is from 4.30pm at Graeme College’s Somerset field, and the start is at 5.30pm.

The starter will be local battle re-enactment specialist Basil Mills and his enormous swivel gun.

Other good news is that the proceeds from the event will go to Grahamstown Hospice.

While the annual event is primarily a fun occasion, there are those at the front of the field who will have their eyes set on taking home some of the prize money. In this regard, sponsors Makana Brick, Makhanda’s own clay brick manufacturers, are once again in generous mood as they celebrate their 25th year based in the city.

The first male and first female finishers will each pocket R600, the runners-up R400 each, third-placed finishers R300 each and fourth-placed R200 each. The entry fee is R20 for adults and R10 for school pupils.

Previous ArticlePersonal Finance: Two lessons learned on one day.
Next Article 150 water tanks on their way to Makhanda