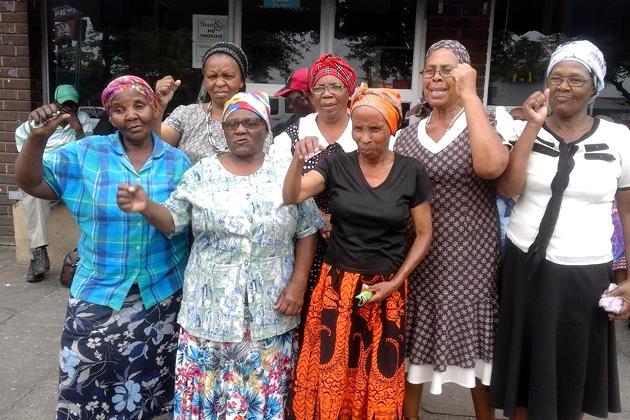 The Pietermaritzburg Pensioners Forum (PPF) has made a public submission to the Parliamentary Finance Committee 27 February 2019, where they handed over the campaign supported by almost 30 000 people.

“The R80 increase on the pension grant announced during the budget speech by Finance Minister, Tito Mboweni last week is very disturbing. It is even less than the R100 increase from 2018,” said executive director of amandla.mobi Koketso Moeti. “It also shows that National Treasury did not listen to the Finance Committee’s recommendations that pensions be substantially increased in the 2019/20 term.

“The R80 increase is seen as a terrible insult, which together with a R10 increase on the child support grant works to push even more grandchildren under the care of grandparents. Pensioners, who faced the brunt of apartheid brutality are still not seeing substantial material improvements.”

The pensioners are trying to get government to reconsider the wholly inadequate R80 increase.  The pensioners call for their state old-age grant (currently valued at R1 700 a month) to be increased to R2 500 a month, as a step towards equalising with an increased National Minimum Wage and towards a proper living wage. The pensioners have also reiterated their call for a 13th cheque annually in December.

Four pensioners attended the public hearings to speak on behalf of the pensioners in South Africa. The campaign for a living wage old age pension and 13th cheque is a universal campaign which speaks to both the fears of workers and pensioners who find themselves living on poverty-level old-age grants.