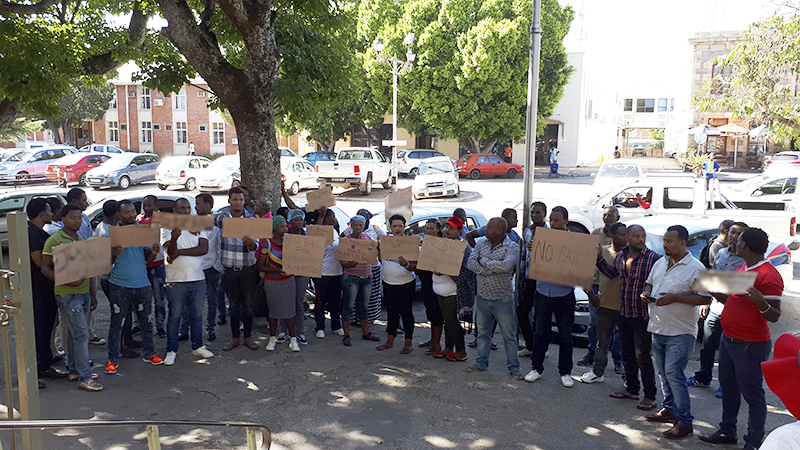 A group of around 50 people protested this morning outside the Magistrate’s Court in Makhanda (Grahamstown), opposing bail for a man appearing in connection with an alleged shooting.

Grocott’s Mail understands that the incident took place on Saturday 23 February outside the Joza Police Station, where, according to a source, one of the men was about to lay a charge against the other. The man who was shot is reportedly recovering in hospital, having been airlifted for emergency surgery.

On Saturday, following the incident, police and private security intervened when a large group of supporters of the hospitalised man confronted a family member of the alleged shooter. They did this outside the family member’s Beaufort Street business.

Grocott’s Mail has so far not been able to obtain further detail or confirmation from the police and will continue to report. Grocott’s Mail will not identify the alleged shooter because they have not pleaded.