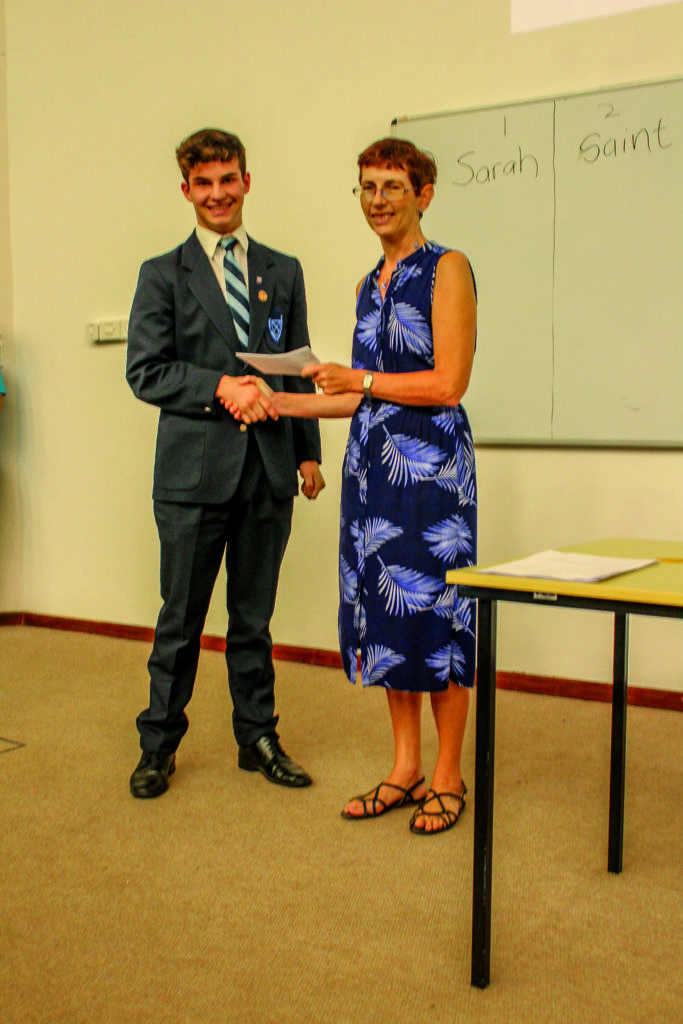 This year the Rhodes University Maths Experience (RUME) welcomed 22 schools and a total of 360 learners from in and around Makhanda (Grahamstown), with schools from Port Alfred and Port Elizabeth joining as well. RUME is an annual event that hosts learners from grade 7-12, both public and private schools.

“Generally learners have a perception that Maths is difficult. This perception comes from elders and teachers who advise them against it. So, over the years, we are teaching the learners with new strategies to show them that it’s not really that difficult,” said Mandlakayise Sineka, Samuel Ntsiko Primary School, grade 7 teacher.

By design, the Maths Experience is meant to stimulate an interest in mathematics for learners, with an afternoon filled with maths-orientated activities. The first being an hour long mini-Olympiad set by the Co-ordinator Andrew Stevens, Lecturer at the Rhodes University Education Department and Chair of the organising committee.

In preparation for this event, “the learners went to the Rhodes training sessions and we had extra Maths classes in the afternoons. This is a wonderful opportunity, the learners gain so much from it even if they don’t achieve at a grade 7 level, it really puts them in a good position to achieve at the highest levels because they know what is expected,” said Anita Sonne, Victoria Primary School, grade 7 teacher.

Once the students had concluded writing, they gathered in groups discussing the answers to the questions over refreshments. The nervous energy that filled Barratt beforehand had dissipated, leaving an energy of excitement for the rest of the afternoons activities.

“It was difficult, but manageable and we would definitely do it again,” said a group of students from Nombulelo High School in Makhanda.

While the teachers were hard at work marking, Stevens took to the front of the Barratt 1 lecture theatre and kept a room full learners rapt with maths questions and tips on problem-solving. With every maths problem-solving question he posed, the learner who gave the right answer would win a brand new calculator. The learners thoroughly enjoyed this, with a number of hands shooting up with excitement; eager to give their answers and argue their case if it was found to be wrong.

“A lot of learners here today, are already entered into the South African Maths Olympiad. When tackling problem-solving questions you need to READ and understand the problems; make a connection between the UNKNOWN and the given data; carry out your PLAN; and lastly, look back,” said Stevens.

In the question paper Stevens had set for the afternoon, five questions were common to all the papers. This was done in the previous year (2018) as well and resulted in a small difference between grade performance; with grades 9-10 doing better than 11-12 in some of them. The results  emphasise that knowing the facts is not always what is needed in problem-solving; however, understanding basic concepts is a better strategy.

The prize winners received cash prizes, with the top 3 achieving learners in grade 11-12 being awarded with scholarships to Rhodes University. The scholarship prizes were organised by the Deputy Dean of the Science Faculty, Mrs Joyce Sewry.

The prize giving began with prizes being awarded to the top learners from each school, followed by winners in each grade division.

Stevens gave thanks to all the sponsors who assisted in making the afternoon a success for the learners.

“There are not many events in the Makhanda region, where so many schools come together at one time, in one place to do something academic. It’s a team effort, where teachers, learners and Rhodes staff all participate. However, it would not happen if it were not for Andrew Stevens. A big thank you to him. Mkahanda Maths is all the better for his efforts,” Sewry concluded.