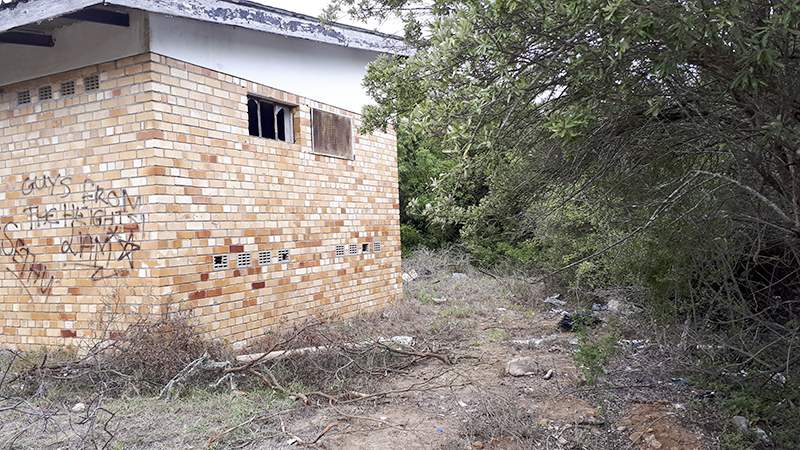 The Wincanton Road substation was broken into and vandalised on Thursday 21 February for the second time in a month. Residents experienced power surges and reported damaged appliances. Photo: Sue Maclennan

For the second time in less than a month, residents in parts of Somerset Heights yesterday experienced power surges after an electrical substation was broken into and vandalised.

Residents in areas surrounding Gowie Dam reported power surges shortly after 7am on Thursday 21 February. Makana electricians who arrived soon after discovered that the Wincanton Road substation had been broken into and the neutral cable from the transformer room stolen.

In a statement, Makana Municpality said electricians had replaced the vandalised parts and a case of theft and damage to property had been opened.

Damage estimated to come to millions was caused by a power surge in Oatlands North and Somerset Heights on the night of Monday 28 January. Residents affected described the incident as “like a war” as appliances exploded, burst into flames and thick, acrid smoke filled homes.

Grocott’s Mail understands that discussions are under way between residents, a private security company and the municipality about plans to properly secure the substation.