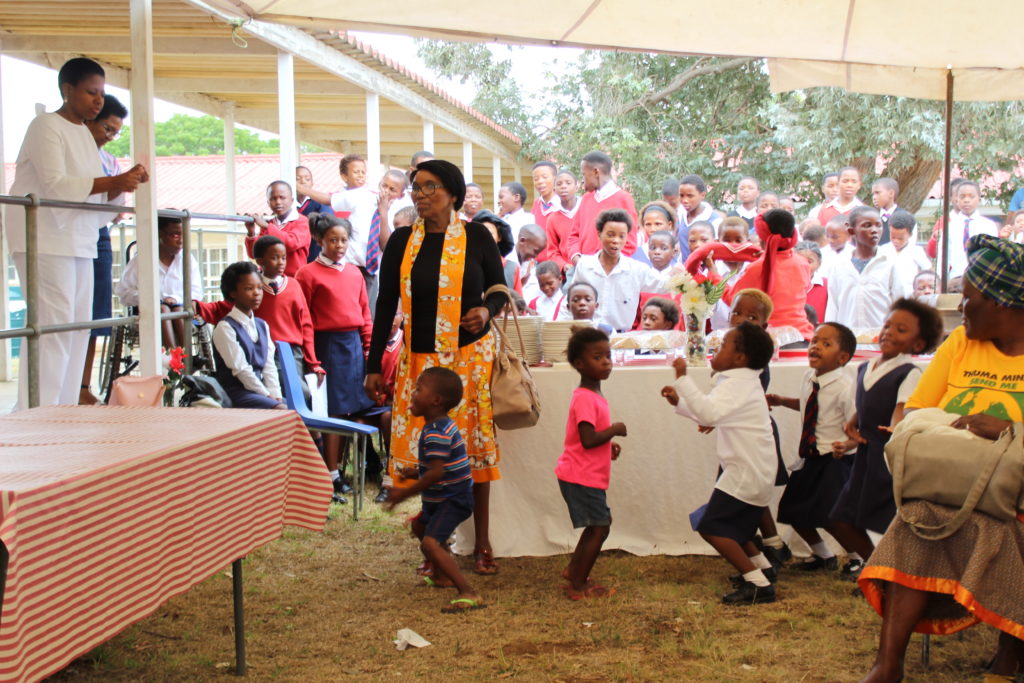 Gadra Education has opened a second site of its ‘Whistle Stop School’ at Tantyi Primary School in Makhanda (Grahamstown). At the official opening event last week, the surrounding community poured into the school premises to show their support and appreciation for the initiative. The event was graced by many prominent members of the education community in Makhanda, including Ken Ngcoza and Margie Keeton.

The Whistle Stop School (WSS) is a unique, specialised school that focuses on improving the literacy skills of learners from Grade R to Grade 4. The intervention is intended to assist learners to become fluent, competent readers, enabling them to build the comprehension skills necessary to fully engage in the curriculum as they move up in the intermediate and senior phases of their schooling. It involves daily teaching of literacy of learners in small groups. This teaching is delivered by outstanding specialist teachers. WSS is carried out in partnership with select public primary schools.

The first WSS site was opened at the beginning of 2017 at St Mary’s, with Tantyi now becoming the second site.The WSS Principal, Kelly Long opened the celebratory event last week by welcoming everyone in attendance – grandparents, parents, teachers, learners and community members. The acting Principal of Tantyi Primary, Luleka Vabaza introduced WSS to those in attendance by highlighting the importance of partnership. She explained how strong partnerships between Tantyi teachers (especially Mandisa Peter and Xoliswa Mzizi) and Gadra Education lay at the root of the selection of Tantyi as the second WSS site. She thanked Gadra for its decision in this regard and explained the educational benefits that the Tantyi learners will enjoy as a result.

The Manager of Gadra Education, Ashley Westaway, explained that his organisation is committed to supporting public schooling in Makhanda. He acknowledged that the recently released Makhanda 2018 matric results were the best ever, but explained that in order for the city to produce higher numbers of good quality passes as well as lower rates of drop-out from school, it is necessary for the standard of primary education to rise. Specifically, he highlighted literacy and numeracy as two of the most fundamental competencies that learners should acquire in the foundation phase of school and hone in the intermediate phase. He explained that WSS is one of Gadra’s flagship literacy programmes. Westaway expressed hope that it would play a role in the restoration of Tantyi as a leading public primary school in Makhanda.

After the formalities, Kelly Long invited all guests and attendees to visit the newly renovated WSS classrooms and to meet the teachers. The three WSS teachers at Tantyi include Justine Bussiahn, Neo Tsokudu and Nqobile Msomi. The community members expressed their satisfaction and appreciation of the wonderful educational spaces and resources that have been created and made available to the children of Tantyi.