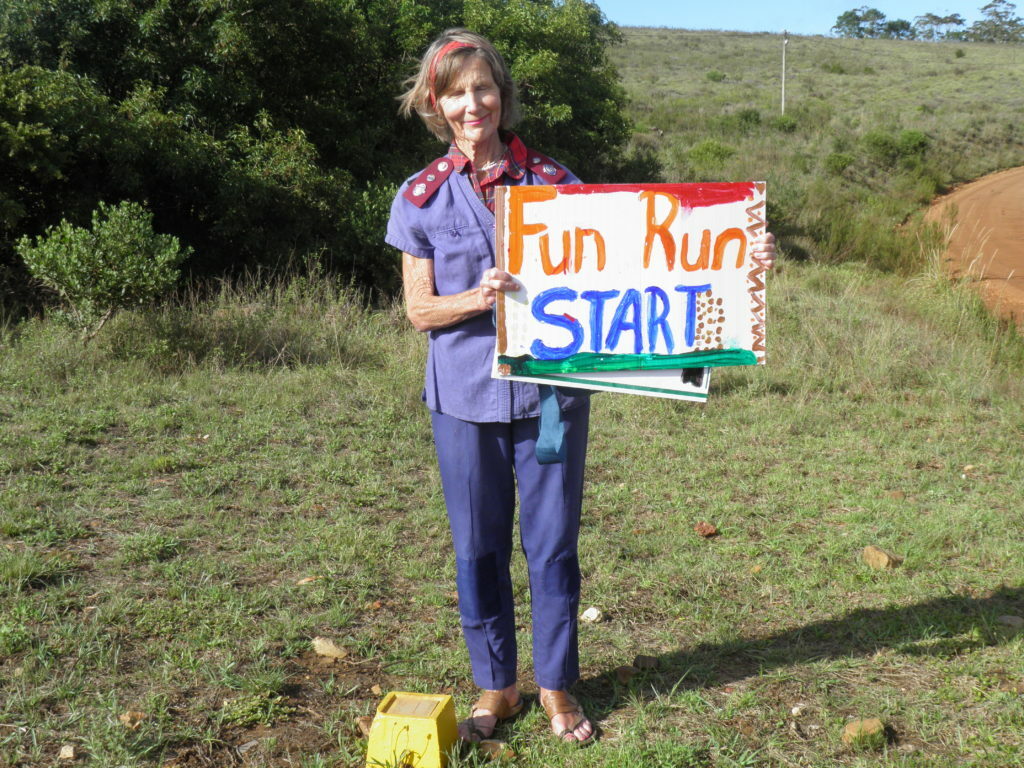 On Saturday 2 February, the Holy Cross School held its annual Country Fair on the school grounds, situated on the beautiful Highlands Road. The fair saw various activities and stall being set up for the community to enjoy.

The day started with a 5km fun run along the highlands road up to the old level crossing and back. Runners young and old, from different schools, as well as community members from all four corners of Makhanda (Grahamstown) were present. Even the chairperson of the Albany Saints and Sinners Multisport club, Jaco van Dyk, took part in the fun run.

While the runners were out on the fun run, parents, staff members and the Brothers from the Holy Cross school, were busy preparing the meals that were to be sold to the people. Different stalls were set up, giving out clothes, books,cool drinks, cakes, tea and coffee for those who were in need.

Pupils from the Diocesan School for Girls (DSG) assisted with the stalls while others painted faces in different characters; spider-man being the favourite for the children. There was also bicycle rides available on the day.

Indigenous games were played, including upuca and ugqabsie, with the parents joining in on the fun with the children.

The principal of Holy Cross, Kary McConnachie, thanked DSG and St Andrew’s College for their support to the Fun Run. “It is so much fun for the school children to compete against other children from other schools,” said ??. She also give a huge thanks to all the patient adult Fun Run participants.

“Our parents support the school in a wonderful way,” the Principal thanks to everyone who contributed money, items or their hard work. “It felt like a great team effort,” said McConnachie.

“It is wonderful to know that Holy Cross is supported by so many,” said McConnachie.