Graeme take U11 honours over Grey 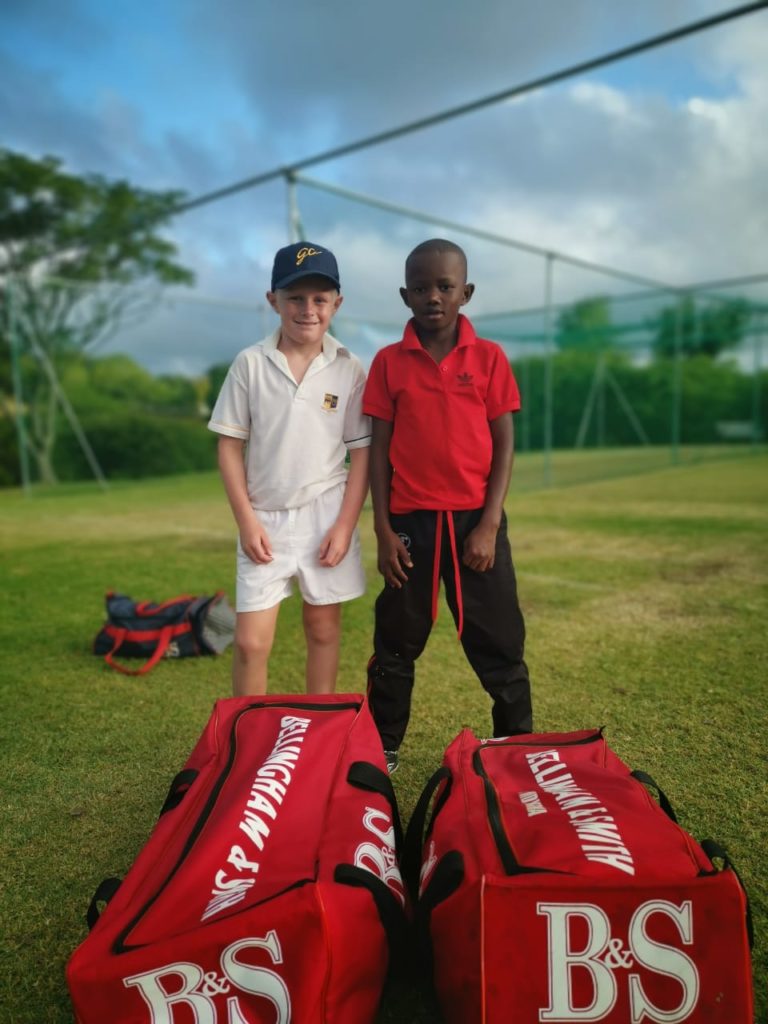 Rhys Wiblin (left) of the Graeme U11 A side, was phenomenal with the ball against Grey, taking six wickets for just 14 runs. Luphelo Mdyesha (right) also had an exceptional game for the U13 A side. Photo: Supplied

On Saturday 19 January, the Graeme Juniors had a great outing against Grey, despite the U13 A side struggling. There were three good wins to celebrate for the visiting side, against the strong competition at Grey in Port Elizabeth.

Alizwa Jack was without doubt the man of the match in the U13 B game, with his 34 runs, and 4 for 15 with the ball. Rhys Wiblin wad joined by Aaron Richardson, of the first team,

The senior teams met Pearson for the first time in a full fixture on Saturday. Pearson cleaned up in the U14 A, U15 A and Second team fixtures and will be thrilled with those performances. The First team game was far tighter with Graeme controlling most of the day.

Graeme won the toss and elected to bat, but Pearson bowled tightly and put Graeme under early pressure. Garwin Dampies batted positively scoring a superb 74 off 71 balls; but a lack of partnerships meant that Graeme never got away from Pearson. Both teams were probably satisfied with Graeme’s 197 all out.

Like Graeme, the Pearson batsmen struggled to build significant partnerships and a see-saw battle ensued. At 120 for 4, Pearson looked to be in control. Richardson bowled a superb spell though, which all but sank Pearson. Richardson ended with 5 for 41, and Pearson were struggling at 154 for 9. A superb tenth wicket partnership virtually got Pearson home, but Dampies snuck the final wicket with Pearson on the same score, ending a 43 run tenth wicket partnership and ending the match as a tie. It was a game neither team deserved to lose.

Summary of scores can be found at: https://www.grocotts.co.za/category/sport/