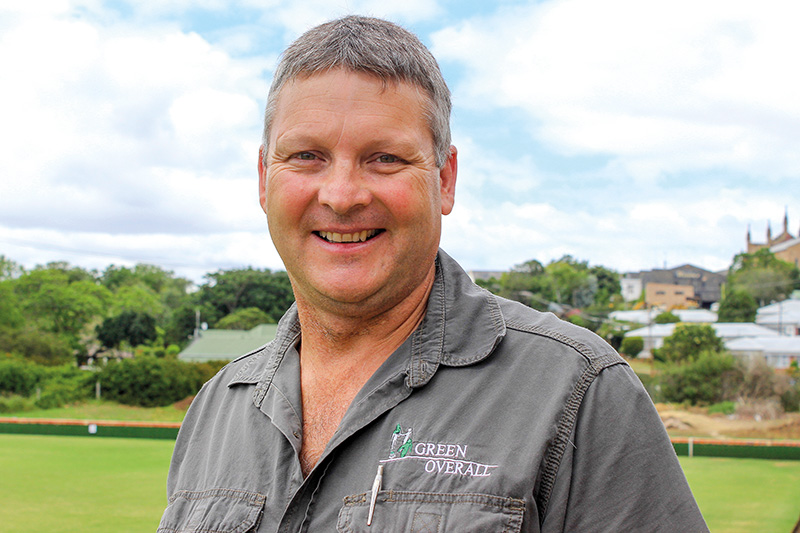 The current drought and water crisis has opened the door for a new kind of entrepreneur in Makhanda (Grahamstown). Frans van der Merwe is currently in town offering free advice on how to make better use of the water resources we have and at the same time, scouting for a person who might be interested in opening a Green Overall franchise locally.

The main subject matter was about rainwater harvesting and how to make best use of grey water.

He remarked on the inefficiency of government in mismanaging existing water resources, and explained that the main objective of his organisation, Green Overall, is to make private citizens and businesses more independent with respect to their water needs.

He said there are two main types of rainwater harvesting systems used to supplement municipal water supplies. The first, which appears to be used mainly by larger organisations, is what he called a ‘wet system’. It is known as such because all the pipes are constantly full of water – whether they are in use or not.

The wet system usually consists of multiple plastic tanks placed in linked banks underground. This way, Van der Merwe explains, the system is aesthetically pleasing and switches on and off automatically according to the availability of municipal water.

The dry system does not have any water in its pipes when not in use and usually requires someone to turn the system on and off.

Several audience members expressed concern about maintaining the rainwater harvest systems. Van der Merwe responded that although the tank manufacturers say their products are designed to last for ten years, if they are properly set up and looked after, they can easily last for many decades.

He said there are various systems for ensuring that the rainwater is clean. He advocated the use of a filter that would keep the leaves out and channel mud or bird droppings down a separate pipe.

Van der Merwe added that the proper use of an ultraviolet light is effective in killing pathogens.

The second part of his presentation was about making the best use of grey water, or water that has already been used once.

Grey water can be used for irrigation of gardens in residential systems or in hostels, but he warned that grey water should not be stored; it must be aerated; it should never be allowed to form puddles in a garden, it cannot be sprayed under pressure and should not be mixed with rainwater.

To find out more about franchise opportunities, or about methods of making better use of your water resources, go to the Green Overall web site: www.greenoverall.co.za.

The Western Cape government has also put up a good site to assist with water saving: http://www.h2ohero.co.za